We highlight the achievements and success stories from a great year...

2022 has been a vintage year at ICMP with plenty of student and alumni success, amazing events and more to get excited about.

From our Songwriting faculty enjoying another brilliant trip to Nashville to perform and network to the annual celebration of our graduates, we’ve officially unveiled our Queen’s Park Campus with its very own live music venue and state-of-the-art facilities offering an enhanced learning experience.

We've also welcomed many of the music industry's top professionals such as Grammy winning producer Aamir Yaqub and the Music Venue Trust's Clara Cullen to share their expertise with students.

Elsewhere, our alumni have continued to achieve huge success via streaming services with the likes of Ego Ella May and Richard Fairlie among the talents making up our Club 1 Million, a collection of ICMP music makers to enjoy more than a million streams... 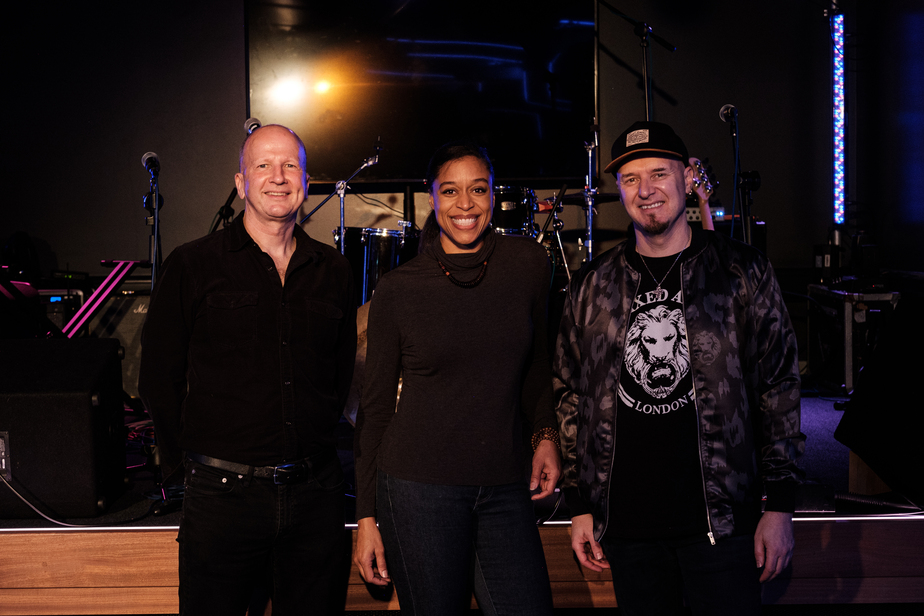 We were delighted to welcome the ICMP community to Queen's Park in October to celebrate the opening of our incredible new campus.

The event was a chance for staff, alumni and industry guests (including Yolanda Brown pictured above with ICMP's Paul Kirkham and Ace) to get together for some food and drinks, to catch up, and revel in the incredible new facilities on offer as well as enjoy live performances. 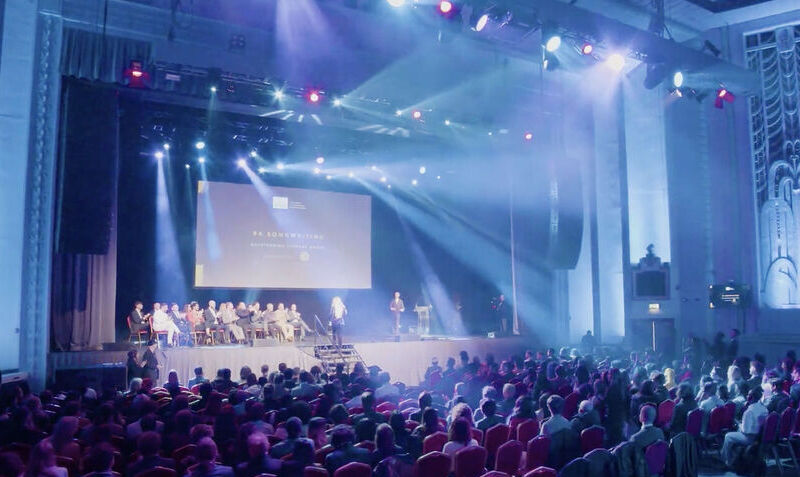 ICMP celebrated the achievements of our latest graduates with our 2022 Awards Ceremony at the iconic Troxy venue in East London.

Graduating students from across our programmes were invited to collect their awards from the stage from their Tutors and Programme Leaders.

We're immensely proud of everyone who has graduated today. We know what it has taken to get to this point and we encourage everyone to wear their achievements with pride."

ICMP alumna Tiana Major9 is among many A-list stars to feature in the video to UK grime legend Stormzy’s new track, ‘Mel Made Me Do It’.

Tiana has an ongoing creative connection with Stormzy having collaborated on the hit track, 'Rainfall'.

Tiana is one of ICMP's most exciting recent success stories, signing her unique contemporary take on UK soul music to the Motown label and featuring on the soundtrack to Steve McQueen's iconic 'Small Axe'  TV series.

Watch the video to 'Mel Made Me Do It' below: 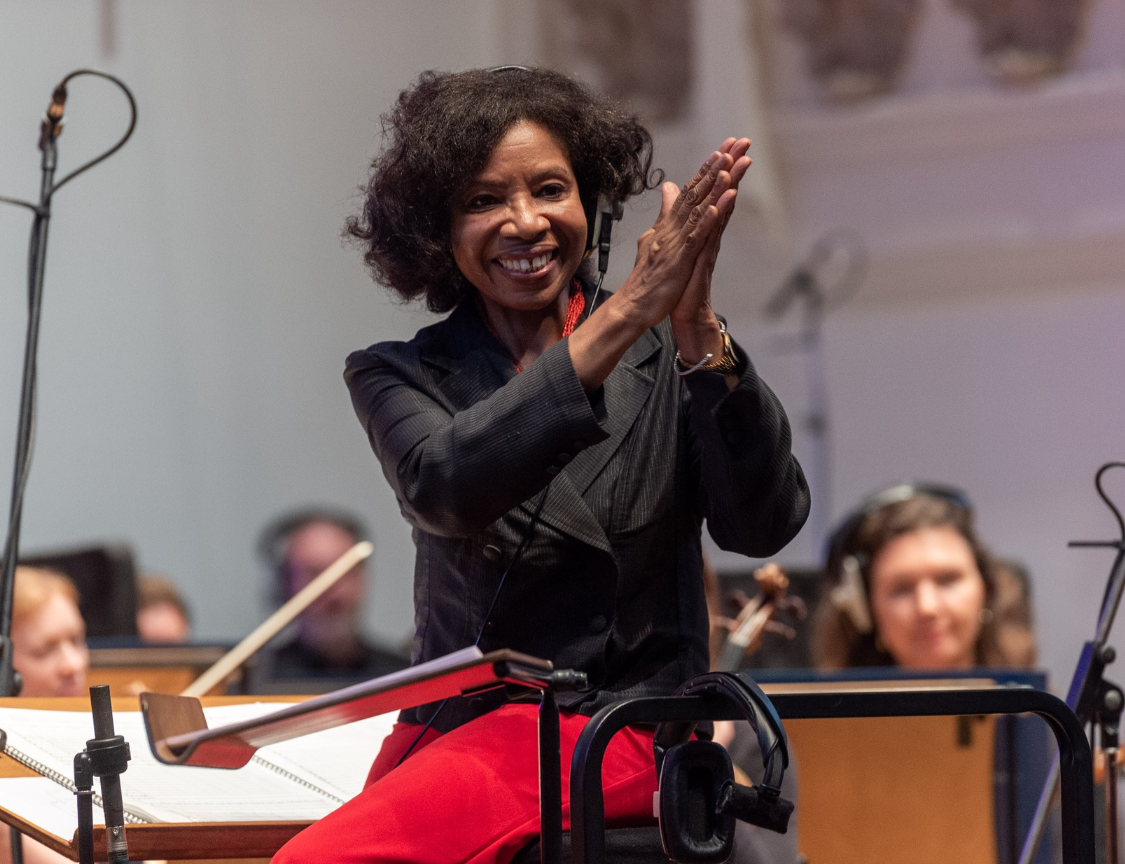 ICMP students had the opportunity to contribute to the composition of the Royal Philharmonic Orchestra’s UEFA Women’s EURO 2022 anthem.

In March, a national call out invited fans to submit words, ideas and phrases for a new piece of music celebrating the competition with the final piece composed by the acclaimed  Shirley Thompson (pictured).

Part of the work focused on communities in host cities including London and Brent, the borough where ICMP is located, was chosen as Wembley Stadium is nearby.

ICMP was among the community groups recommended to participate in the project and students from our BA Songwriting programme were among those to contribute. 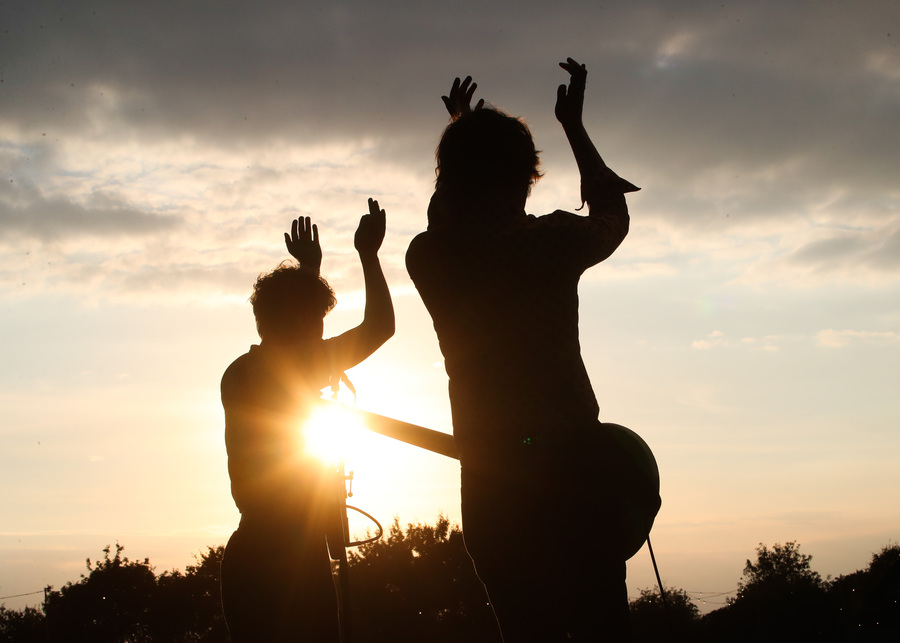 The Velvet Hands, featuring ICMP alumni Toby Mitchell and Sam Hilder, were among the acts to perform at Glastonbury’s Pilton Party 2022.

The annual event is the Glastonbury Festival’s ‘thank you’ fundraising gig for villagers, workers and local people.

You can catch the band live in London in February at the Lexington... 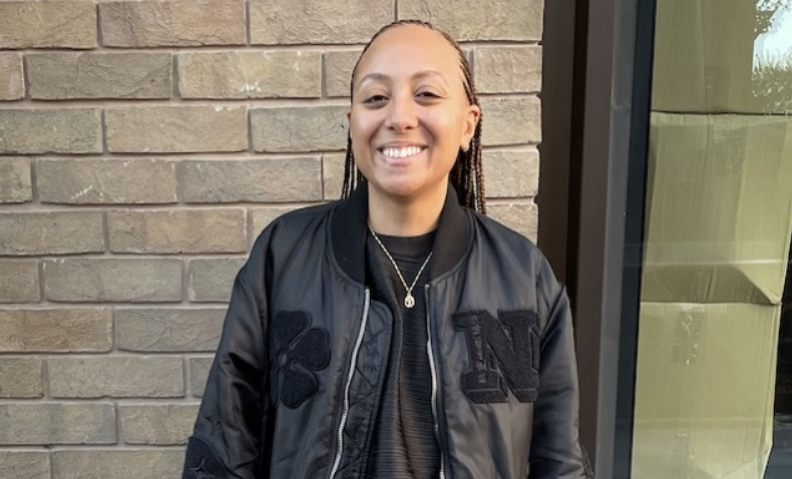 The prize is an annual poll featuring input from music critics and industry experts to predict the next big breakthrough music star.

PinkPantheress is one of several artists Phoebe manages via her Up Close Management company with the likes of producer/DJ Tommy Gold (Bone Soda, NTS), and independent Bay Area-based artist kezia on her artist roster.

ICMP alumnus Digby Lovatt was a vital member of the band that performed with Eurovision star Sam Ryder at the Queen’s Jubilee celebrations in June.

Digby is a multi-instrumentalist, producer, and mix-engineer who has collaborated with the likes of Jack Garratt and Kelis as part of his career.

His performance with Sam Ryder was part of the Party at the Palace concert for the Queen’s Jubilee weekend.

Watch the performance below: 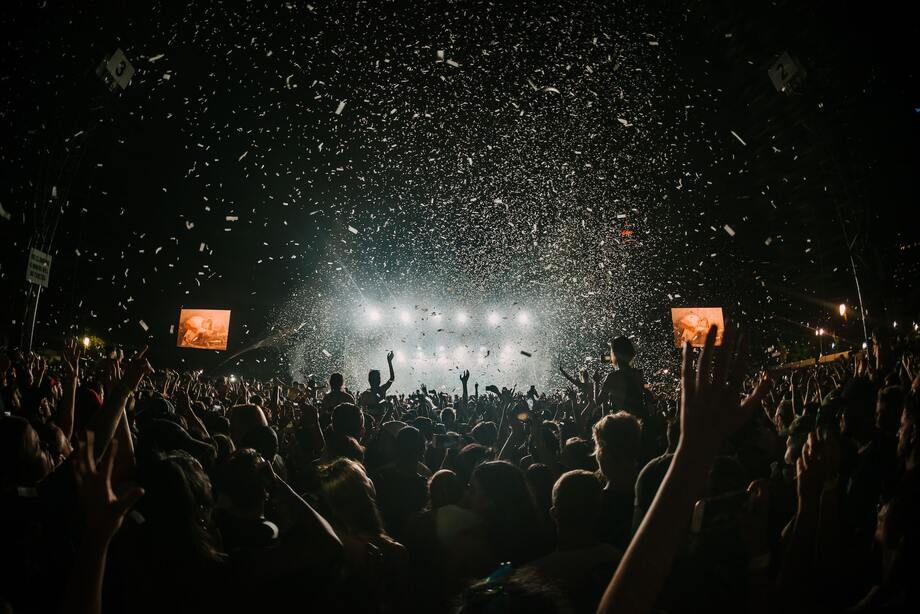 From Creamfields to Barn on the Farm via Secret Garden Party, 2022’s summer months have been full of festival action with numerous ICMP students working at these events.

Izzy Eddies worked for Live Nation and Festival Republic across multiple events over the course of summer of 2022, including Creamfields South.

By having access behind the scenes you meet a lot of invaluable people, not just for the doors they can open for you but also because you can rely on them to pick you up when you need it (which you’re going to need!)." 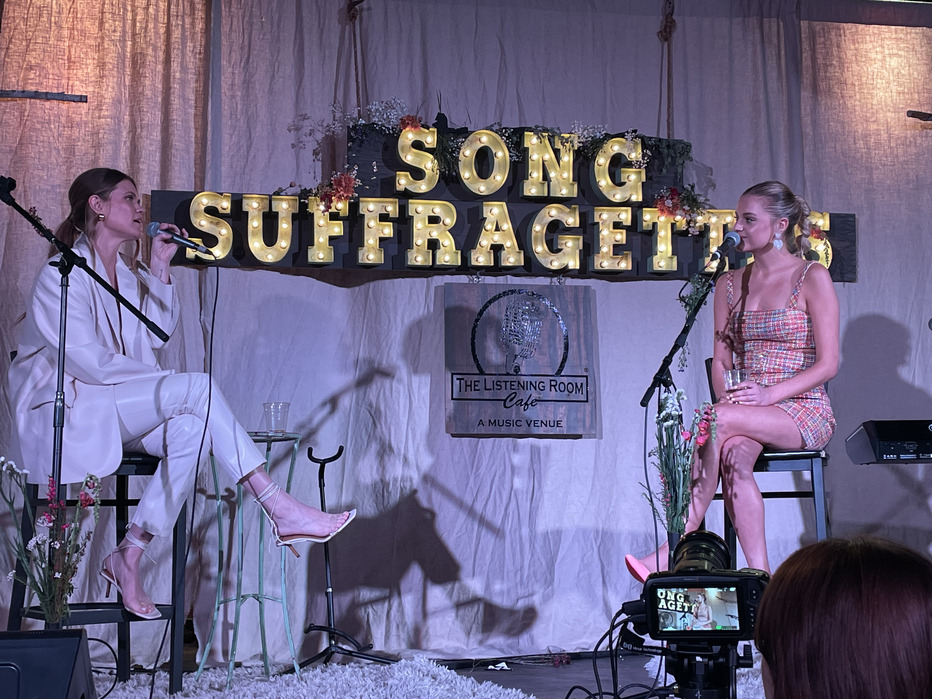 Alongside performing and networking at the festival, students had the chance to meet and collaborate with students from Belmont University to perform and share ideas. 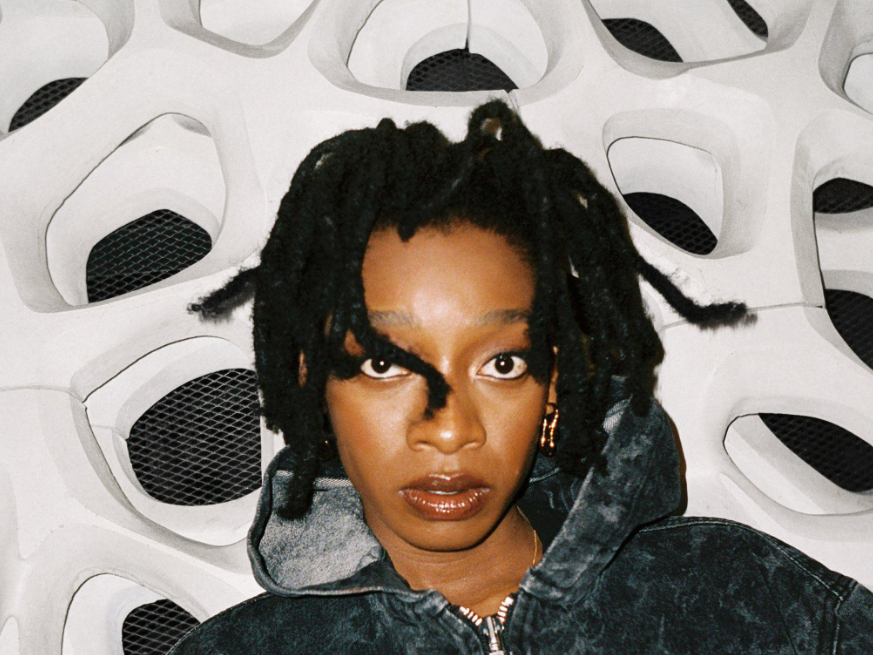 At ICMP, we're acutely aware of the influence that Black culture has on music and our home city of London.

We're incredibly proud of the diversity of our student and alumni community and know that this is what makes ICMP so special. This is why we launched our dedicated section to raise the profile of the impact of Black culture on music.

Learn more about how the Windrush generation shaped London’s music scene from the past to the present day and some of the most exciting Black female artists making new music history... 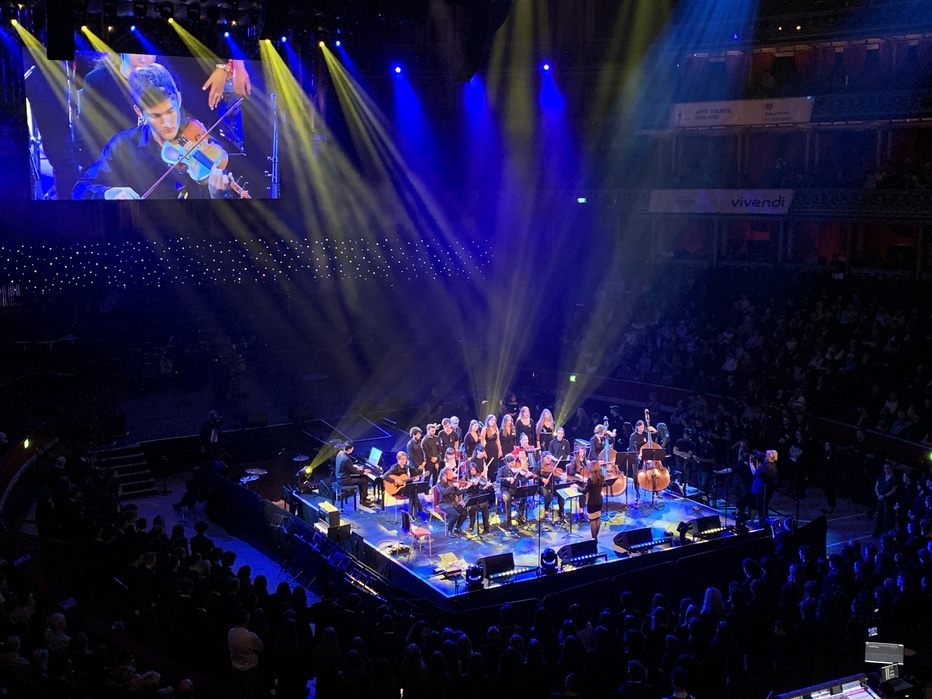 ICMP MMus Masters in Popular Music Performance alumnus Daniele Rauso performed at the Royal Albert Hall as part of the Music for Youth Proms in November.

Taking place on 16th November, Daniele played drums on a neo-classical performance of Queen’s 'The Show Must Go On' with the London Performing Academy of Music’s (LPMAM) Ukrainian Student Ensemble. The group was conducted by LPMAM’s Principle, Dr Stefania Passamonte.

LPMAM is a new ICMP partner school and has a close relationship with Ukrainian music institutions, the Tchaikovsky Conservatoire in Kyiv and Kharkiv University of Arts.

From our Songwriters' Circle events to the masterclass sessions, ICMP is well known for our music industry connections and how we introduce our students to some of the most successful music industry professionals.

This year has been no exception with a huge range of performers, business experts and producers all visiting.

Zardine Philips from Sony Music Publishing, UK soul artist Malika, Ivor Novello nominated Matilda Mann and genuis guitarist Jon Gomm are all among those to pass through in recent months. Stay tuned for more guests in 2023!