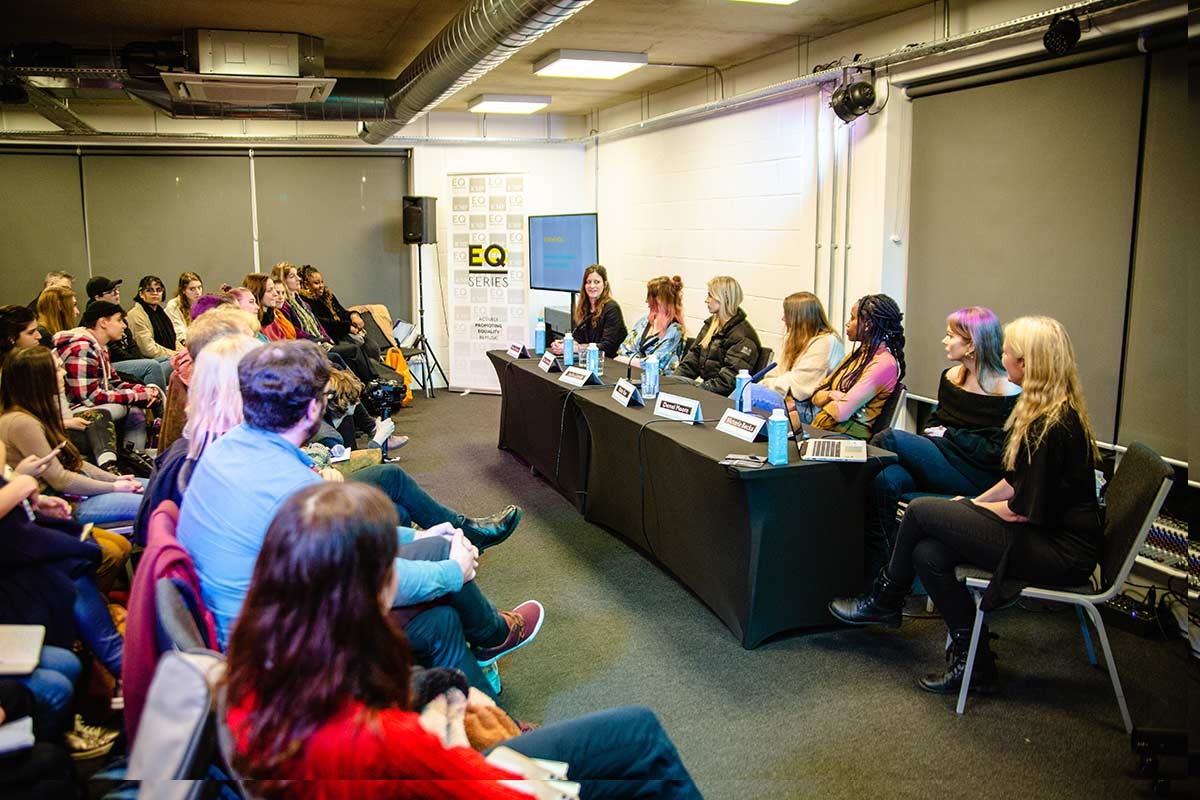 Empowering our students by exploring the latest issues of music industry inequality.

ICMP’s EQualiser event series launched in early 2020, aiming to champion and explore equality across all areas of the music industry.

Our intention was for each event to act as a platform for our students and alumni to engage with the latest hot topics impacting the wider sector.

As part of our programme, leading music professionals, many of whom have enjoyed success at the highest level, are invited to ICMP or an online forum for interviews, Q&As or panel discussions. Topics have so far included race, gender and sexuality.

This event has been followed by a number of fantastic sessions celebrating our own LGBTQIA+ community and welcoming high profile musicians and engineers including Divinity Roxx, Manon Grandjean and Hinako Omari to Q&A sessions.

Vick presented new research exposing the depth of gender inequality in the music industry, entitled 'Counting the Music Industry'. Then, a panel of ICMP alumnae discussed the gender challenges they’ve faced in their careers in front of a packed room of students, tutors, and industry professionals.

Read our panellist's key takeaways in our Essential Advice for Women in Music blog. 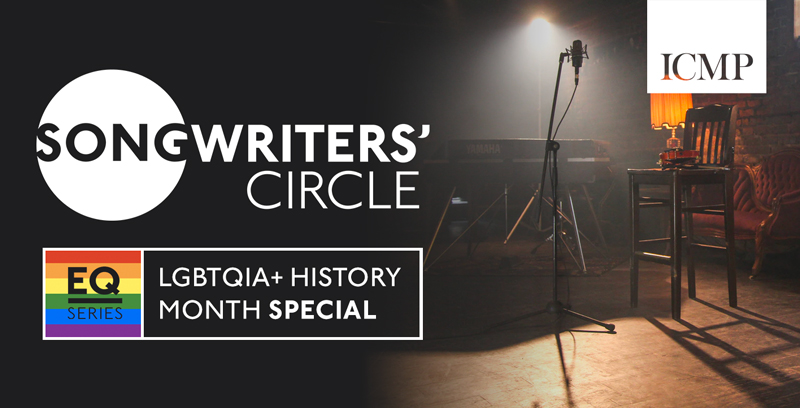 In February 2020, we hosted a Songwriters’ Circle event dedicated to LGBTQIA+ History Month.

The night featured the talents of ICMP alumni, RIS an up-and-coming Sofia-born electropop artist based in East London.

The purpose was to raise visibility and awareness for the benefit of members of the ICMP community identifying as LGBTQIA+. 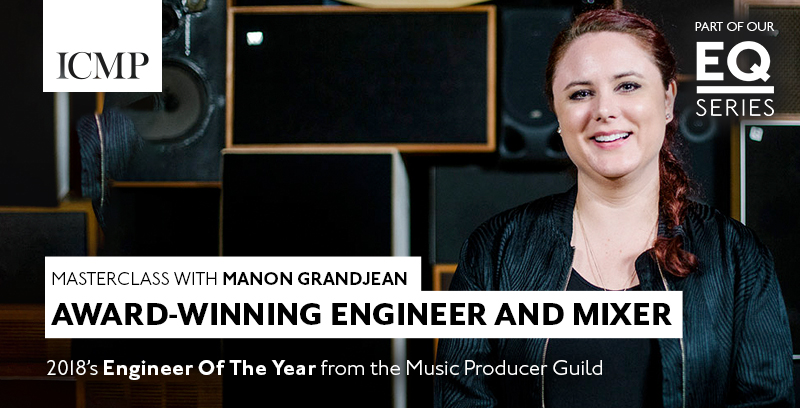 We were delighted to welcome award-winning engineer Manon Grandjean for an online Q+A as part of our EQualiser series in March 2020.

This event saw Manon discuss her experiences working in the studio on some of British pop's most acclaimed and successful recent albums including Stormzy's 'Gang Signs & Prayers' , 'Heavy Is The Head' and Dave’s 'Psychodrama'.

Manon started her career as a runner at Livingston Studios in North London after moving from France to the UK for an internship. She went on to work in various studios before landing a job as engineer for songwriter, producer and ICMP alumnus Fraser T Smith in 2015.

Alongside the success of the chart-topping success of Stormzy and Dave, Manon has also worked for some of contemporary music's most exciting artists including Jorja Smith, Ramz, Ray Blk, London Grammar and more.

The session saw Manon discuss how to prepare a studio for a recording session, what engineers expect when working with musicians and how to secure those crucial first industry jobs. 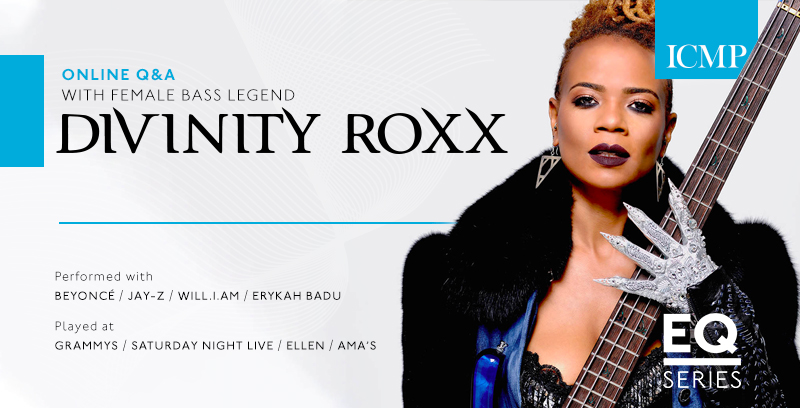 Our first June 2020 guest, the Grammy-nominated musician and artist Divinity Roxx, has earned a reputation as a fearless innovator both on the stage and in the studio.

Her career as a bass-player skyrocketed after attending a bass camp led by the legendary Victor Wooten. Divinity was was invited to tour with him three months after the camp, then spent five years with Victor before landing the dream job of bassist and Assistant Musical Director for Beyoncé.

This was Divinity’s second session at ICMP after previously visiting in 2015. In her latest Q&A, she shared fascinating insights into how she built her career from jam nights through to touring with Beyonce and everything in between. A full recording of this session will be available shortly. 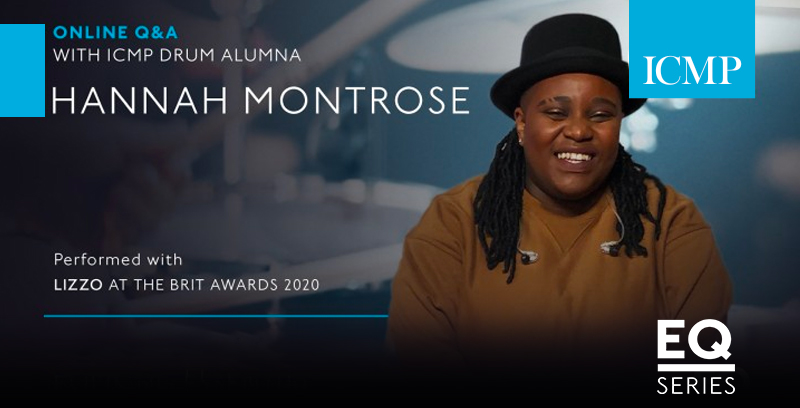 Known for her great grooves, June guest Hannah Montrose gained a full-scholarship to ICMP in 2010 and has since graced some of the UK’s biggest platforms as a much in-demand drummer.

Such events included the Opening and Closing Ceremonies at the 2012 London Olympics, and The National Television Awards. Most recently she has performed on BBC Live Lounge and The Brit Awards with US superstar Lizzo.

Alongside a discussion focussed on her professional journey, Hannah also talked about her experiences as an LGBTQIA+ artist from a Black, Asian and Minority Ethnic background. 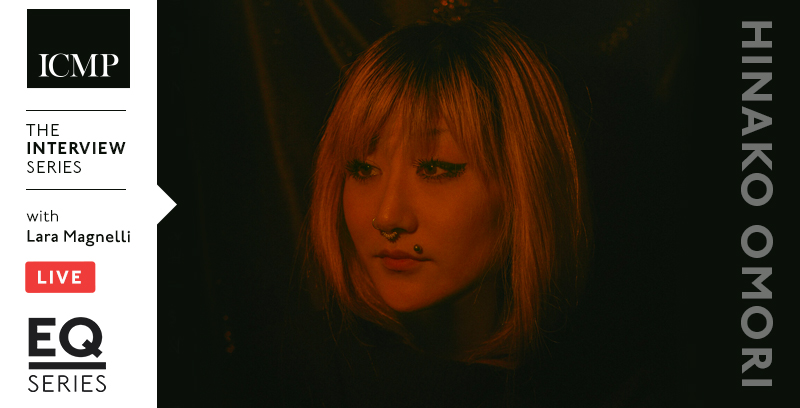 Hinako also joined us in June and is a musician with a deep-rooted passion for synthesizers and any musical machine capable of creating exciting sounds.

Born in Yokohama, Japan she moved to London when she was a young child. Since then she has fully immersed herself in the world of music. Initially training to be a sound engineer, she studied Music and Sound Recording at Surrey University before going on to work for a number of labels and distributors, then for audio equipment manufacturer Focusrite/Novation.

After session playing alongside her industry career, she leapt into music full time as a keyboard player and programmer. Some of the huge list of artists Hinako has worked with include Ed O’Brien, Georgia, Kate Tempest, KT Tunstall, James Bay, Jaakko Eino Kalevi, Ellie Goulding, Sophie Hunger and Fionn Regan.

This event saw Hinako discussing equality and diversity within the music industry and her experiences in what is a seriously impressive career to date. 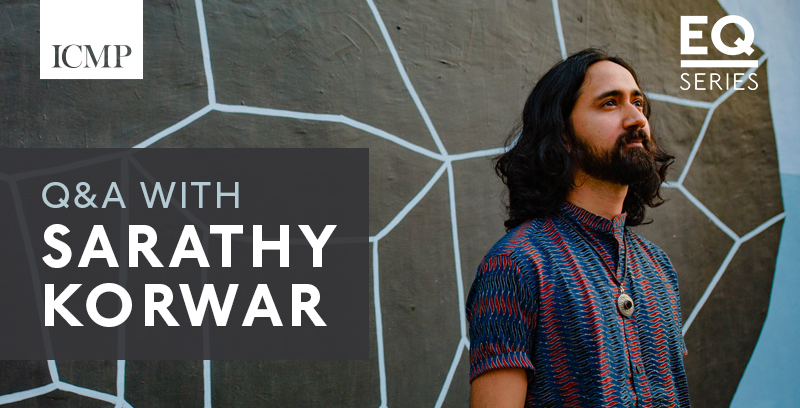 On July 6th, we’re thrilled to be welcoming Sarathy Korwar to ICMP for what will undoubtedly be a fascinating and insightful online Q+A.

Born in the US, Sarathy Korwar grew up in Ahmedabad and Chennai in India. On completing his undergraduate studies, he moved to London where he trained as a classical tabla player at SOAS (The School of Oriental and African Studies), focusing on the adaptation of Indian classical rhythmic material to non-Indian percussion instruments.

Sarathy has since established himself as one of the most original and compelling voices in the UK jazz scene, fusing traditional Indian folk music with contemporary jazz and electronica,

Sarathy released his second studio album, 'More Arriving', through The Leaf Label in July 2019. The release is an honest reflection of his experience of being an Indian in Britain, incorporating rappers from Mumbai and New Delhi, spoken word and his own Indian classical and jazz performances. '

More Arriving' is a record born of confrontation and a timely release for these turbulent times.