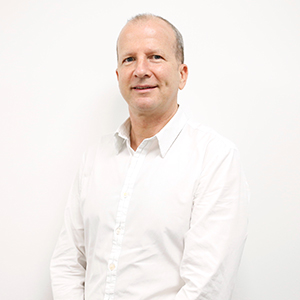 Paul Kirkham, ICMP Chief Executive, is a farmers’ son from Cheshire who graduated from Edinburgh University in 1987 with an honours degree in Agriculture. He then spent 15 years building a highly successful career in a large multinational organisation, managing large companies in countries as diverse as Bangladesh, Nigeria and Uzbekistan. However, he always had a passion for songwriting and decided in 2002 to take a sabbatical year enrol as a student at the then Guitar Institute to improve his musical skills and knowledge.

Paul was so impressed with what the Guitar Institute was doing that after completing his one-year course and having realised he had probably left it too late to build a career as a songwriter, he decided to leave his career, sell his house, borrow some money and acquire the institution. Since then, he has continued to lead the growth and development of what is now known as the ICMP, which now has its own degree awarding powers and will soon become formally recognised as a University. In addition to being on the Corporate Board, Paul also Chairs the ICMP’s Executive Committee and the EDI Committee.

In addition to his role with ICMP, Paul is a Director at Guild HE, one of two formally-recognised representative bodies for higher education in the UK whose members include universities, university colleges, further education colleges and specialist institutions from both the traditional and private sectors. He also chairs the PTA at Wren Academy, an all-through school in North Finchley, and is on the committee of the Finchley Cricket Club where he coordinates fundraising. And with three young and active children, he keeps extremely busy!