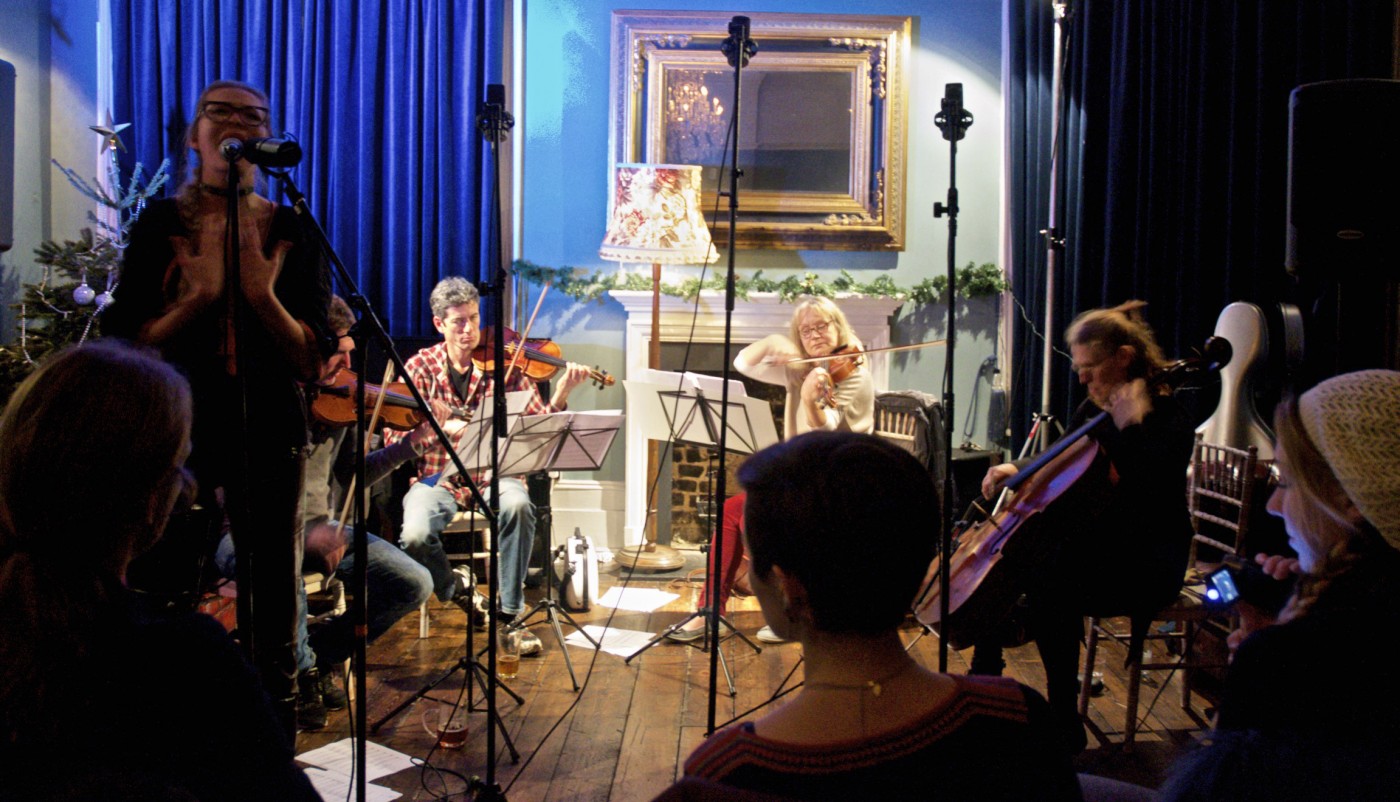 Inspiring contemporary music students to investigate the worlds of classical music, orchestration, soundtracks and more, through a unique BMus module.

ICMP's teaching faculty is full of tutors with expertise combining the worlds of contemporary music and classical.

From work on blockbuster soundtracks to orchestrating for big rock bands such as Coldplay and the Foo Fighters, our tutors have an enviable amount of experience in arranging and composing music at the highest level.

We recognise that equipping our students with these additional skills will enhance their commercial scope as a working contemporary musician. From this, the 'Arranging and Composition' module was born. This unique module forms part of our BMus Popular Music Performance degree course and is written and taught by ICMP tutors Audrey Riley, Maurizio Malagnini and Michael Hyman.

What is the module?

Although the module initially started by offering ICMP students an overview of basic arranging and composing for the commercial music industry, during the last decade it has inspired and encouraged many to investigate the worlds of classical music, orchestration, soundtracks and more.

Ten years of students have shaped the module through their curiosity and desire to learn. We’re proud that so many have been inspired enough by their studies to investigate composition further, either through postgraduate study or finding work as professional composers. This second year BMus module now leads into a new  advanced 'Composing to Brief' optional module, in the third year of the programme.

It would be impossible to mention all of the students we are proud of who have graduated this programme, however, below you can get to know a few of them and hear their works.

Viktor is a London-based composer for media. Through his work and studies Viktor acquired a deep musical knowledge and developed a unique and versatile sound crossing conventional genre barriers in exciting ways.

After graduating from ICMP with a BMus in Popular Music Performance, Neil moved to Taipei, Taiwan. He currently works as a songwriter, composer and performer and as a session vocalist and keyboardist in Taiwan and various parts of North and South Asia.

Starting with studying, recording and performing violin for musicians such as Gaurav Mazumdar, Joe moved onto studying contemporary music and graduated from ICMP with a Diploma, Higher Diploma and BMus Hons Degree in Guitar and Composition. While maintaining a healthy touring schedule, Joe also teaches, produces music and is the in-house composer/ arranger for Circ Motif, a Circus Theatre company he also co-directs.

Michal lives in Poznan, Poland. He graduated from the BMus at ICMP and is currently establishing a career in as a composer for video games, film and multi-media.

Originally from Slovakia, Nina moved to London to pursue her studies at ICMP where she graduated with a first in Vocal Performance. Currently living in London, she now focuses on creating her own music.

Co-founder of RKDA Soundtracks, an independent sound design company, Sara studied classical guitar before joining ICMP to study music production and composition. As bassist and assistant producer for indie band, Duke of Wolves, she has collaborated as sound engineer and composer with visual artists and songwriters including Alice Barsottini, Duke of Wolves and Val James.

ICMP alumni and award winning composer Moritz Wanger specialises in writing and producing bespoke music for media such as film, television and games. He is currently studying a Masters at the renowned National School for Film and Television.

Sean Frost is a bassist, producer, and audio engineer from Edinburgh, based in London. He graduated in 2017 from ICMP with a BMus in Popular Music Performance in bass. He has extensive experience as an electric and classical guitarist, arranging and composing, and musical supervision with contemporary artists and bands. Sean is currently producing and recording artists under the name Frozen Sounds Audio.