Find out what our students and alumni got up to on their latest trip to Nashville, the home of songwriting... 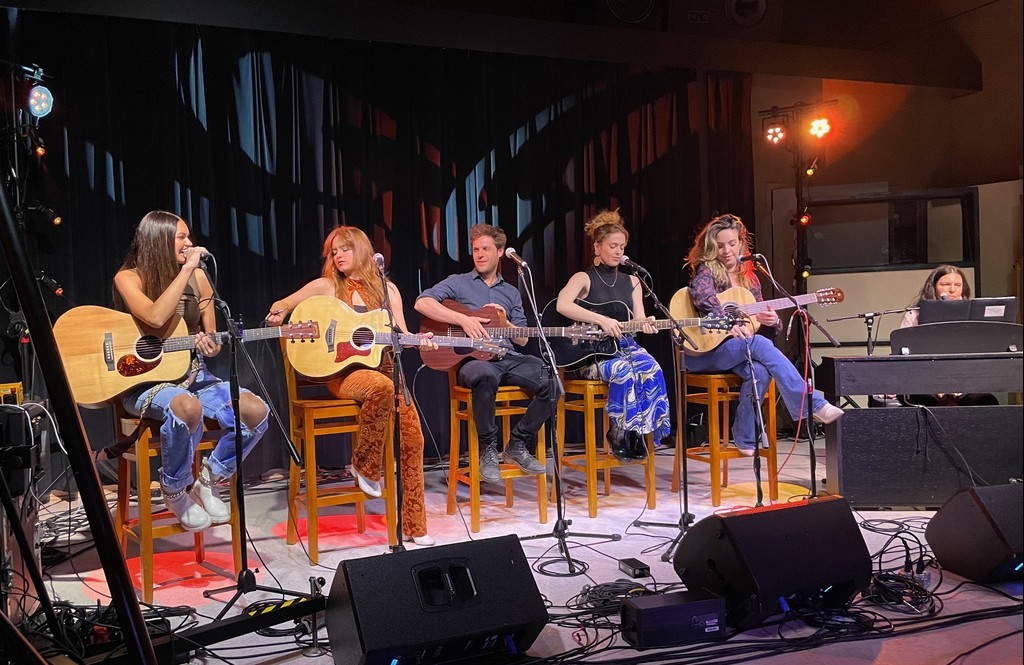 Nashville is loved across the world as the home of songwriting and every year, our students are able to visit as part of a trip organised by our Songwriting faculty.

Alongside performing and networking at the festival, students had the chance to meet and collaborate with students from Belmont University to perform and share ideas.

Commenting, Sophie said: "It was a great trip this year. We saw and met so many big name writers."

Students got invited up to sing with Natalie Hemby, played songwriter rounds at The Commodore Grill, had their songs critiqued by hit writer Bonnie Baker, played at Columbia A studios, had a mixer and co-wrote with Belmont University students, had lunch with our alumni and number one writer Jessica Sharman who's just moved out to Nashville... and much more." 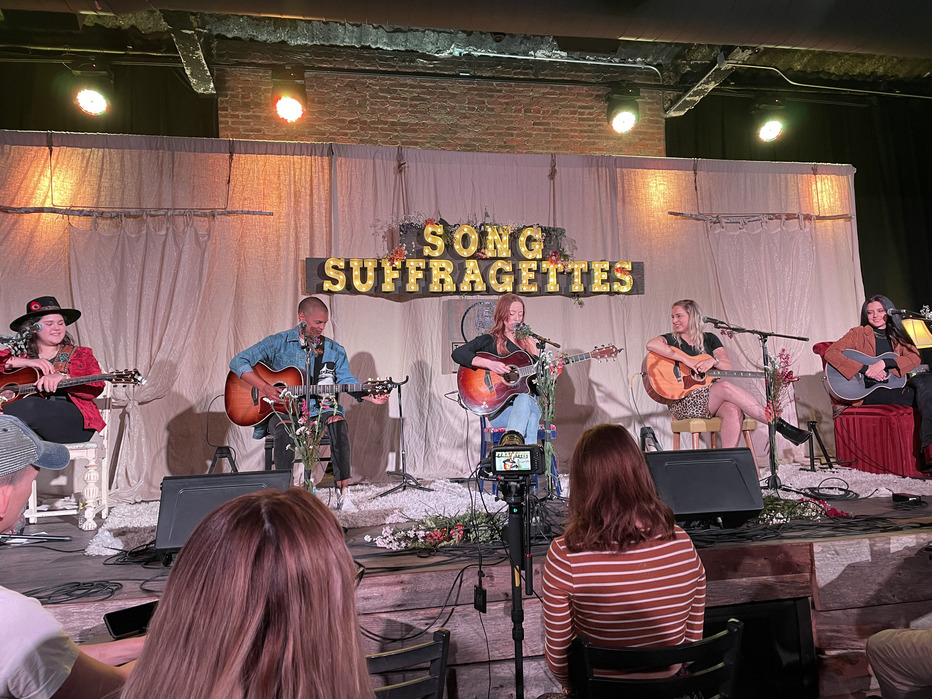 What do students do in Nashville?

From networking to performance opportunities, our students and alumni have a great opportunity to hear some of the world’s best songwriters perform in intimate settings as part of the Tin Pan South festival. They perform, network and co-write with their peers and forge connections that help them take their music careers to the next level.

Get involved at Tin Pan South

Tin Pan South is organised by the Nashville Songwriting Association International (NSAI) and is the only songwriting festival in the world with a focus on the often unseen talents behind many of music's biggest hits. Typically, writers perform and talk about their creations in rounds, giving insight into how their songs are created.  It's a fantastic event with many of the best songwriters performing their music in small and intimate venues.

ICMP has strong connections with the city and is proud to be the exclusive UK Chapter of the legendary NSAI. 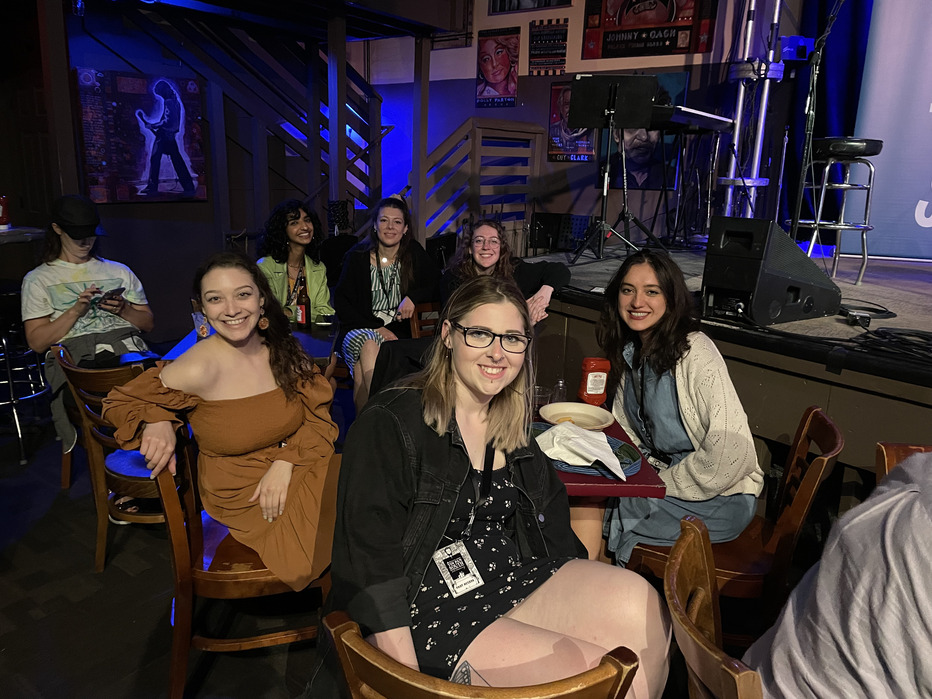 Get up close with Nashville's songwriting history

The city has long had a reputation for being the home of songwriting due to its rich musical history. The Ryman Auditorium was built in 1892 and has welcomed the likes of Hank Williams, Dolly Parton and Johnny Cash to its well-trodden stage. The famous Bluebird Cafe continues to welcome some of the best songwriters in the world to perform in its intimate setting. The whole city is full of venues, studios and writers all looking to hone their craft.

As part of the festival, students were able to attend the eighth anniversary Song Suffragettes show at the Listening Room. Students and alumni had the opportunity to meet the team behind the events and submit their music to play in the round. Performers included the brilliant Nicolle Galyon and Kelsea Ballerini

Nashville was an incredible experience, I loved the vibe of the city; there was music everywhere. As a songwriter it made me question everything I thought I knew but it feels like it drives you to be great at what you do."

"I got the opportunity to meet Natalie Hemby, a writer that I grew up on and admire, I might have died a little bit. There were just all of these incredible people whose work I know but didn't realise I knew."

Students and alumni also had the opportunity to see inspirational female songwriter Lori McKenna perform at a venue called 3rd and Lindsley. 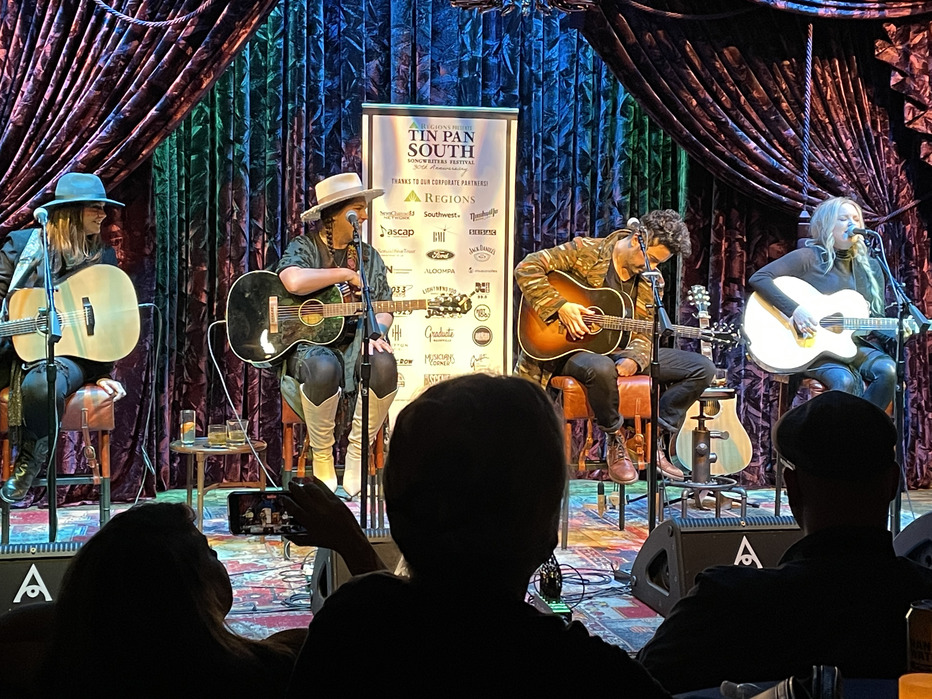 Students and alumni get the opportunity to take part in a writers round at Columbia studios with students from Belmont University. Columbia Studio A is one of the university's teaching spaces and saw students Belmont and ICMP networking, performing together and setting up co-writes.

Students are continuing to collaborate after the event and a visit from Belmont is expected to take place at ICMP over the summer of 2022.

Commenting on the trip, ICMP's Mike Rawlins said: "There were too many highlights to cover them all. I learned so much about what songwriting means in Nashville and made some great contacts – mostly from the UK contingent admittedly.

High points for me that will find their way into my creative processes were the exhibition of Cuban art in the First Art Gallery, conversations with Uber drivers including a life coaching conversation with an Alice in Wonderland fan and a songwriting drive with Matt the driver – oh and my first tattoo."

by ICMP staff writer
May 3, 2022
ICMP Life
Back to Blog Home