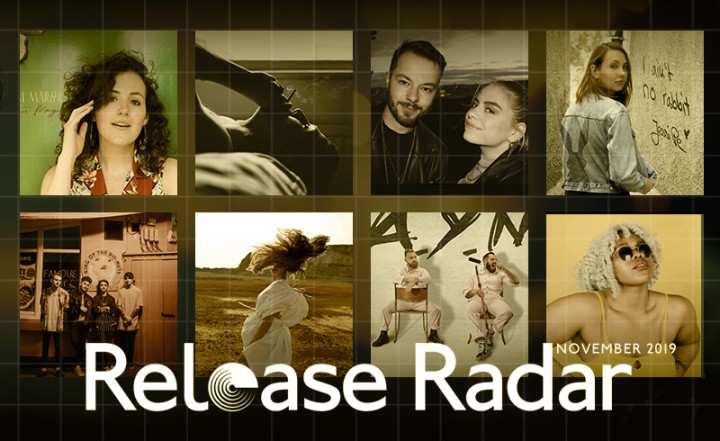 It's cold out there and what's better than getting cozy with a hot drink and some great music from the ICMP's community?

Listen to some of the best new tracks to have been unleashed this month by our students and alumni.

The song 'Love Me Not' is about losing someone you thought loved you, but was actually never yours to begin with. Listen to the latest release by Cert He Songwriting alumna Sanna Hansson.

Jaan Hantson is one of our BA (Hons) Creative Music Production students. The 18 year old artist produced the track, played most instruments and did the vocals together with his 15 year old sister. Well done!

The band, who features BMus Popular Music Performance alumnus Jordan Christodoulou, just released their single ​'If Only Bad Things Could Happen', also aired on BBC Radio 6 Music by Chris Hawkins. If you're in Zurich tonight don't miss their show opening for Elbow!

Benjamin Lechuga is one of our Guitar Higher Diploma alumni, winner of The Steve Vai scholarship back in 2011, and he just released his track 'Time'. Get immersed in the beautiful lyrics and melody:

Folk-pop Israeli-American songwriter and BA Songwriting graduate Ronni Mardor has just released ‘After May’, an honest, quirky and vibrant song, which joyfully presents what happens when love, theatre and reality meet.

'Drop By Drop' is a song which BMus Popular Music Performance - Vocal student Galina wrote last summer, when she had more time to think about how 'we all should change drastically our habits of living carelessly, and start fighting for our planet'. We're with you, Galina!

'Way Out' is the second song taken from Blue Nights, 4-song EP by Creative Musicianship graduate duo Must Be Miracles. As the second stage of grief, it embodies isolation and confusion. It was written to represent a dream-like life, where one would feel trapped in a strange world after a loss. It’s an emotional and haunting song filled with electronic sonic elements, powerful hooks and cloudy chords. Better check it out:

BA Songwriting student Jessica Pepper just dropped her debut single, 'I Ain't No Rabbit'. The song, produced by recent ICMP graduate Lasse Corus, is about how it isn’t always easy to openly say where we come from, whether it's our country, home environment or culture background that we are talking about.

'Krystal', Matt Maltese's new record, will be released on 8th November. The BA Creative Musicianship alumnus said that it is an album of 'sad and sadder songs'. 'Jupiter' is the latest single taken from the record.

BA (Hons) Songwriting alumna Sasha is back with her new song 'Tornado'. She introduced it like this: "Have you ever got too drunk at a party, woken up to find a cab receipt for £47 and a kebab in your bag from the night before? Then this song is for you!".

'With All Due Respect', the latest release by Songwriting alumnus Moncrieff, is a song for "anyone who's ever been beaten down and has had to truly stand up and fight back, not for anyone or anything, just for themselves".​ Listen here:

The album 'Undercover' is a collection of newly self-written instrumental jazz guitar tunes, recorded at home by Pete Jinks, one of our part-time courses alumni from the 1990s. He used a Band-in-a-box software. Check it out!