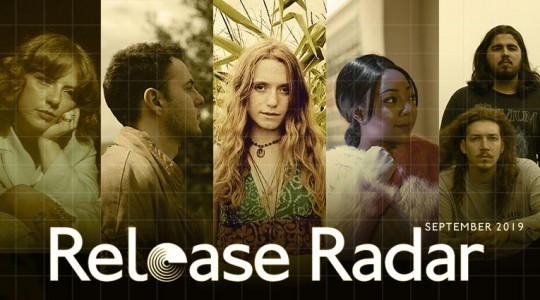 Back to ICMP, back to reality! Don't worry: here's plenty of new releases to help you forget about your summer blues...

Blue Tangerine is a nine-piece jazz ensemble, featuring young talent from Malta and France, including ICMP alumni Joseph Camilleri (drummer) and Karl Galea (guitarist). Their debut album EPK has just been released. Here's the video for 'April', one of the tracks.

Lucia Carmignani aka Luchi is one of our brilliant BA (Hons) Songwriting students, and 'Nice and Quiet' is her first release in English. Check out the video here:

BA (Hons) Songwriting alumna Kate Lomas is not new on our radar. After a summer spent playing numerous festivals (including Glasto!), she released 'Happy Like This'. Listen here:

Another BA (Hons) Songwriting in our Release Radar! Recently featured on our Spotlight, Disparo's EP 'Asleep/Awake' is a true gem. Check it out here:

Singer-songwriter, producer and BA (Hons) Songwriting alumnus Scott Colcombe aka scott is okay is back with a new track called '12 Months'. Here it is:

Fire In Her Eyes

Since the release of her debut single 'Candy Shops' (over 200k streams on Spotify!), MA Songwriting alumna Laura Goldthorp has dropped her follow up single 'Supernova', an intimate and honest exploration of creative anxiety. Check it out:

Folk/americana singer-songwriter Daniel Jacklin is back with his new single 'Rewind', produced by fellow BA (Hons) Songwriting alumnus Louis Takooree. The song, he told us, "is about the two minds you're in, when you’re unsure of what you need and want; and because of that, you wish you could go back to the start, or in this case rewind". Listen to it here:

Bronte Lavendel is one of our Songwriting Summer School students from last year and she just released the track she started working on while studying with us. She said that "The summer school at ICMP was a big eye opener for me and this made my music to what it is today. 'Summer of Broken Things' is my way to say 'here I am' to the world and I hope people can relate to it!". There it is: