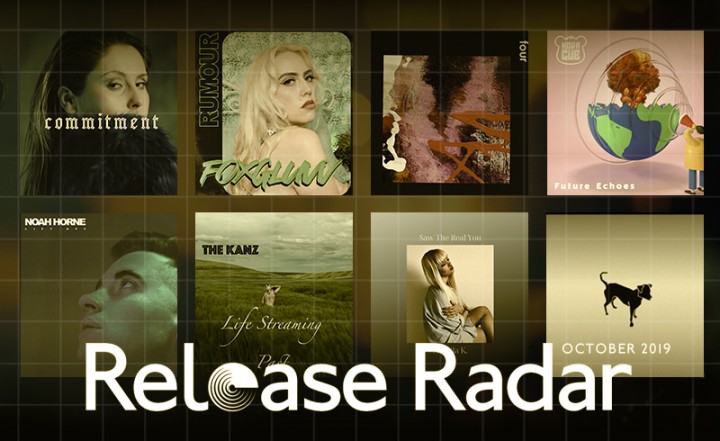 Our new academic year term has started and so has the release of many new tracks from the amazing ICMP community!

Listen to some of the best new tracks to have been unleashed during the past month by our students and alumni.

BMus Vocal student Tasmin told us that her latest release 'Love Stuff' is a "middle finger to toxic and manipulative people".  Check it out below:

'Since You Don't Like Me', produced by Songwriting student Razz himself, is a breakup song about being stuck in a toxic relationship. "It’s a feeling that you get when your struggle becomes a comfort zone which consumes you from the inside", he told us.

'Dutch Courage' started as a class assignment while studying MA Songwriting at ICMP and ended up being a track to rock out to. It's about taking ownership of your life without needing a drink for courage. Listen here:

Current MA Songwriting student Lauren wrote this track after a particularly difficult night (she has been suffering with depression for years). She felt like it was never going to get better, so decided to do what she always does and tried to put it into words. Listen to 'Bad Nights' now:

'Sings', Alessandro Ciminata's new single, will be soon followed by his first headline show taking place at The Waiting Room on October 22nd. Don't miss it!

'Still Dreaming ' was a recurring dream that Songwriting student Olivia Ridlington aka Ell Ivy had for a really long time. The song talks about the moment you realise that your relationship is really over, that moment just before you wake up and sleepy thoughts and pretty dreams make you believe it never really ended but in reality, you were, indeed, still dreaming.

"I wrote this song to celebrate issues: it’s OK to have problems (everyone does) and it’s ok to be yourself...  There’s only one of each and every one of us so that’s pretty cool!". Listen to our brilliant part-time music production student Hannah Harper:

'Save Me', the second single by Electric Enemy (featuring alumnus Jimbo Lawton), was produced by Sam Miller (One Direction, Paloma Faith, Razorlight). The band will be playing a show at Omeara on 24th October (supporting Bang Bang Romeo).