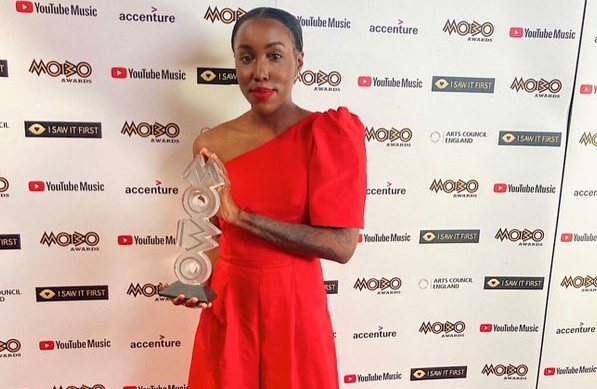 ICMP alumna Ego Ella May was a winner at this year’s MOBO Awards, named as the recipient of the Best Jazz Act.

Ego Ella May, ICMP Vocal alumna, was among numerous artists to be honoured by the event, aimed at celebrating the musical achievements of "music of black origin".

She released her album 'Honey for Wounds'  earlier this year via Upper Room Records to great reviews. The album featured contributions by Theo Croker, Ashley Henry and Andrew Ashong alongside Ego Ella.

At the MOBOs, rapper Nines and R&B singer Mahahila each picked up two awards, with Steve McQueen, Headie One and Young T & Bugsey other winners.

Elsewhere, BA Songwriting alumna Tiana Major9 was among the performers at the event, which like so many this year, took place online.

The MOBO Awards announced it would go on hiatus for a year in 2018 but its return was later postponed until 2020 by founder Kanya King.

The full list of winners at the MOBOs is below: