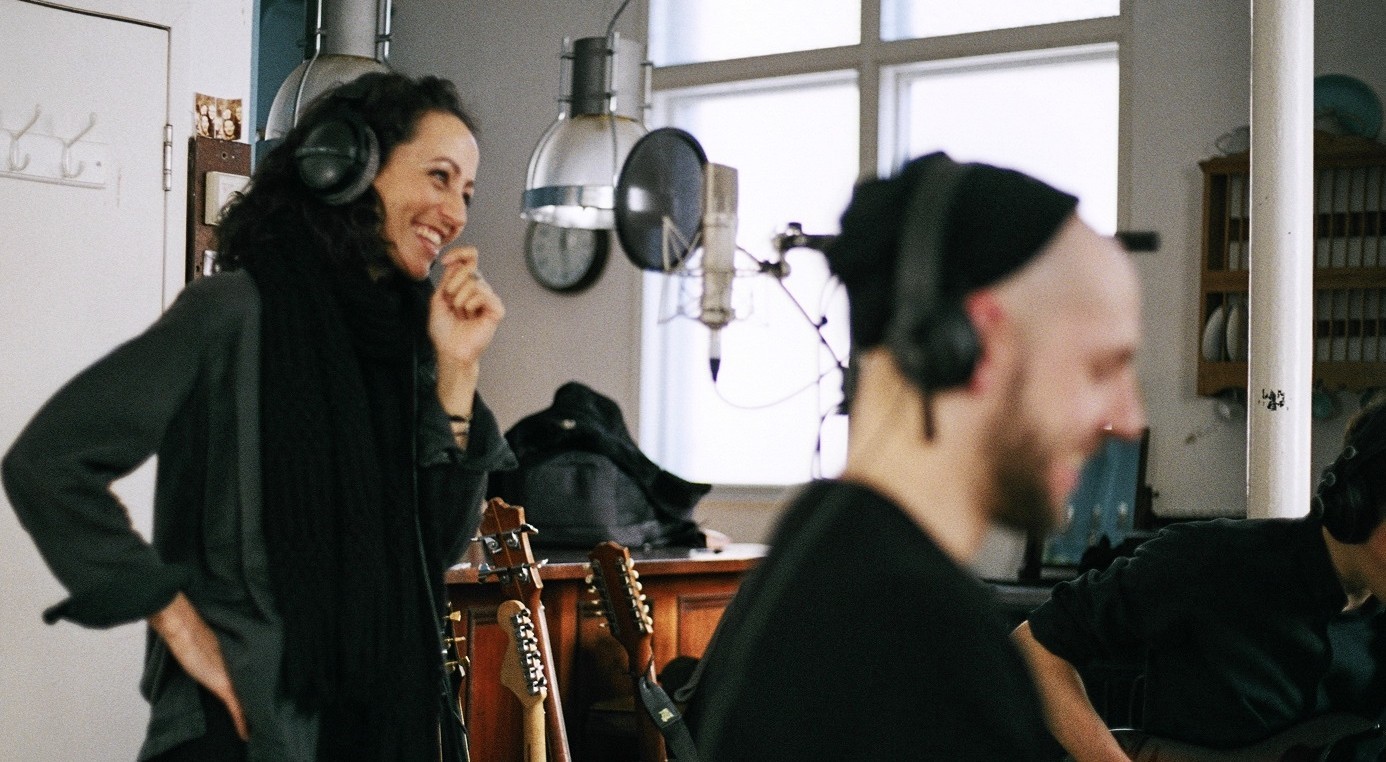 A new academic year at ICMP means plenty of new faces both in our student body and teaching faculty.

As with our existing tutors, our latest additions have a vast amount of experience as both industry practitioners and educators and are uniquely equipped to give our students the best start in their industry careers. 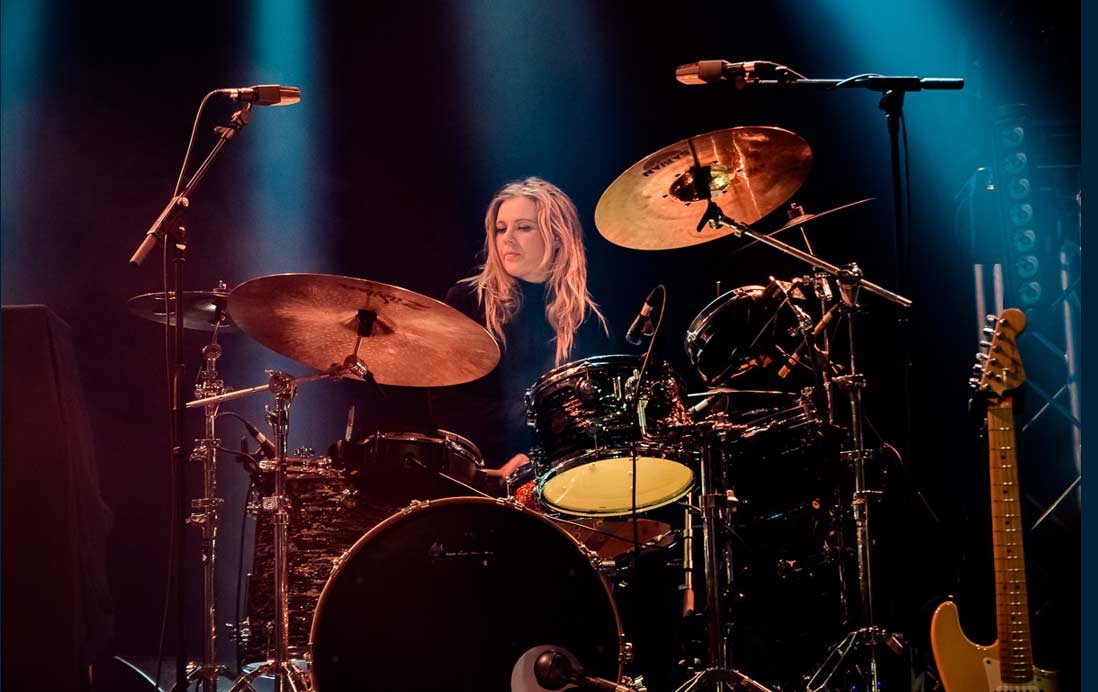 Drums tutor Siân has played for a variety of groups including Rews and She Drew The Gun as well as operating a drum studio in Finsbury Park, North London.

A career in music isn't always glamorous, but being named "Instrumentalist Of The Year" at this year's AMA-UK awards was a good moment!

Aside from that, this year I have been loving recording drum tracks for artists from my drum studio in Finsbury Park. Over lockdown it was just me there and I could really focus on taking the time to get the sound I wanted and the mics placed well. It might sound boring but it's just something I love to do!

ICMP is renowned already and respected for its high standard of teaching, so it's very exciting to be asked to join the team. Everyone is super cool and I'm enjoying it already.” 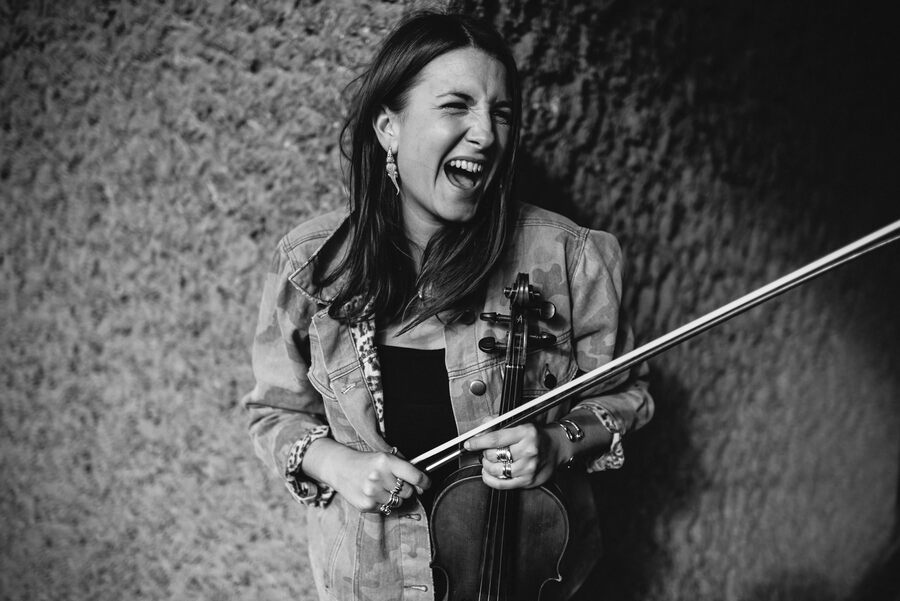 Since graduating from the Royal College of Music, Rachel has built up a varied portfolio of teaching, performing, research and outreach projects, including with top classical star, Nicola Benedetti.

The highlights of my career have included being apart of the Benedetti Virtual Sessions working with 7,000 people from all over the world, taking students to perform at the Proms, recording with DECCA, and being invited to take masterclasses in Belgium and Latvia.

I am so looking forward to getting to work with your students at ICMP and being able to explore creative teaching practice with students who are about to embark on this exciting venture." 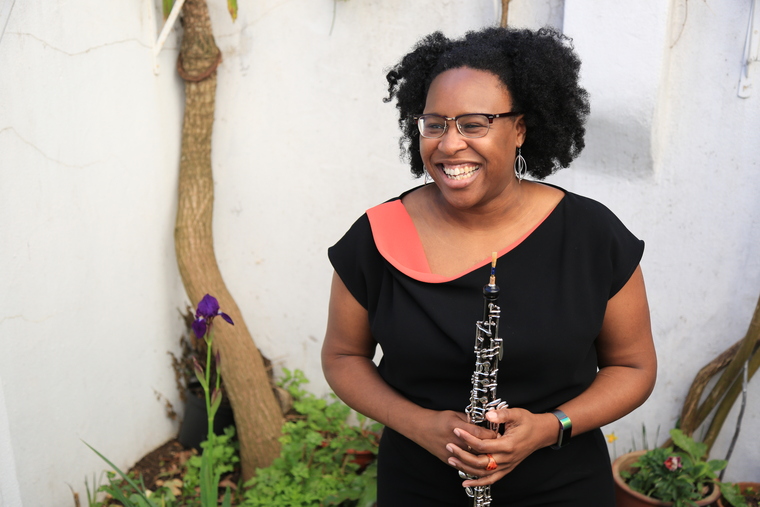 Uchenna is a London-based oboist and researcher who is currently researching a PhD on black classical composers and musicians.

Leading this module will give me a chance to consider all this and work with students to explore their interests too. We’ll all be able to share how we learn, think and write about music."

Visit plainsightsound.com to find out more about Uchenna's musical work.

I was among one of the first British rappers to be signed internationally at the age of 17 to a global deal with Sire Record/WEA Burbank L.A and signed a Warner Chappell Music publishing deal at the age of 16.

I’m excited to share my experience while educating and mentoring the next generation of elite super-producers and songwriters. I can’t wait to find out the many interesting things I’ll learn from each student." 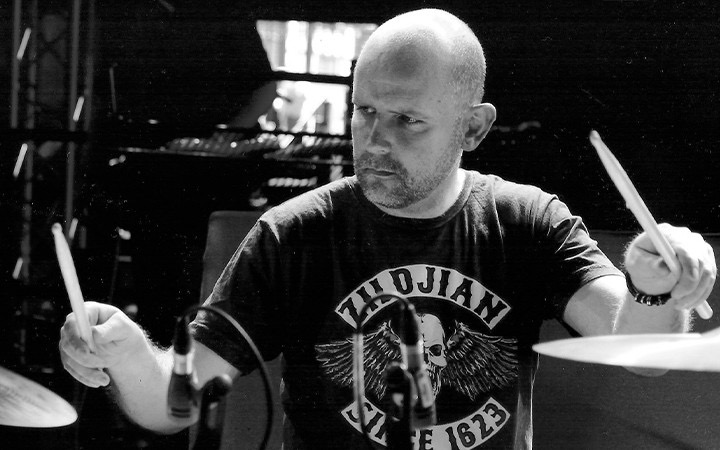 Elliott is a much in-demand drummer, working as a live performer for the likes of Phil Collins and Leo Sayer as well as headlining Ronnie Scott’s with his own band.

Organising and performing in the Buddy Rich 25th Anniversary Memorial Concert at the London Palladium alongside Dave Weckl and John Blackwell. Performing at a sold out Cadogan Hall with Spice Fusion.

I’m really looking forward to working with fantastic colleagues, in a fantastic facility helping to shape the careers of the next generation of professional musicians.” 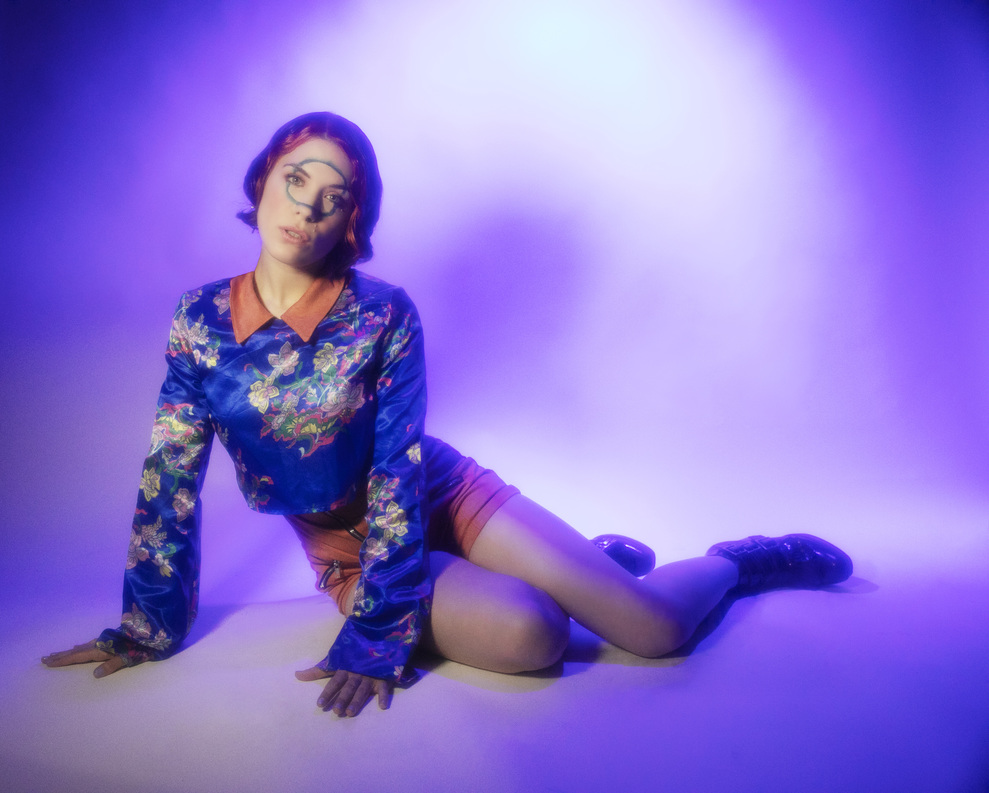 Over the past years, I’ve been constantly writing, releasing and performing music. Every new song is a highlight for me, but I guess the release of my debut EP Twitch and the accompanying sold out release show were memorable. I’ve also supported Zola Jesus and Lydmor in London. Recently, I released several singles to critical acclaim by Line of Best Fit, Earmilk and Clash Magazine and played a Livestream show via Liverpool Soundcity.

I’m excited about teaching at ICMP because it’s a great musical environment here! I love sharing my knowledge about music and supporting students in their growth as artists. I also find it inspiring to work with young musicians and exchanging thoughts on music and creative techniques.

We all share the same passion and it’s nice to bounce off ideas and give the students the opportunity to build a musical community." 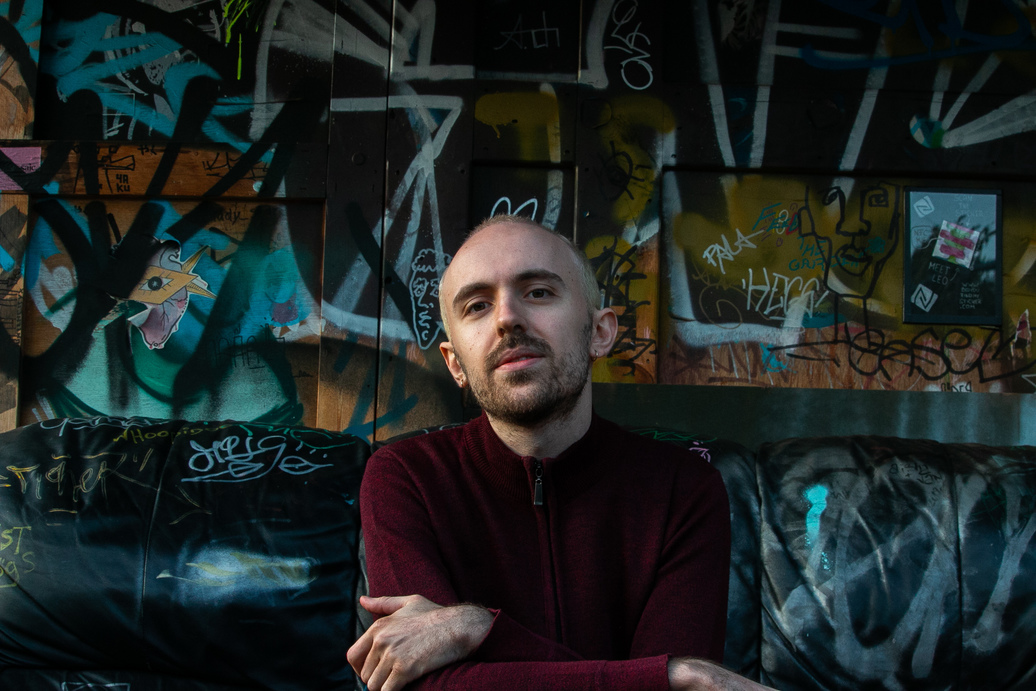 James Rose is a prolific arranger, composer, performer, producer and educator, based in London. Over the years, he has become a veteran performer of a cappella and vocal harmony, touring worldwide with his acclaimed internet sensation group, Accent.

One of my highlights was singing on the Royal Albert Hall stage with my vocal group, Accent - hearing our vocal harmonies ring out in a space like that was very emotional for me! Definitely my favourite place to sing a 7th on a 13b9 chord.

I'm delighted to be joining ICMP to spread the love of vocal harmony through performance and arranging classes. It's such a warm and exciting atmosphere to be a part of!"

Find out more about Accent. 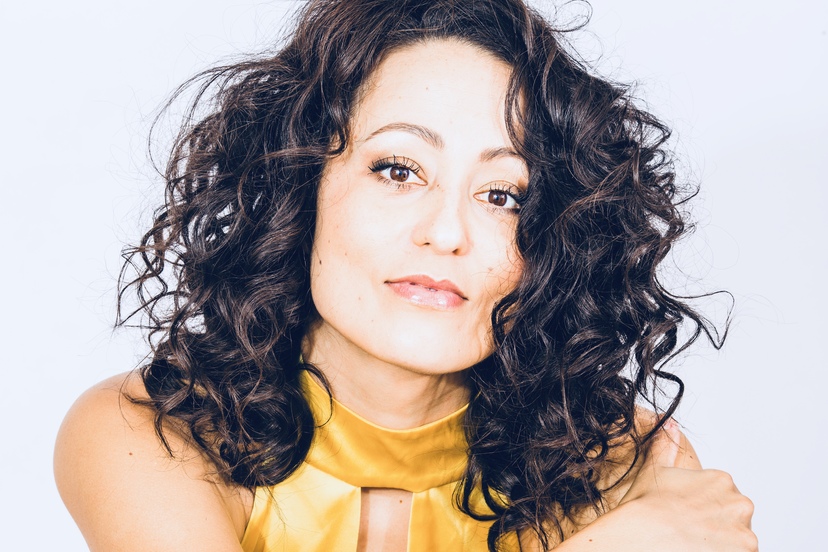 Kristin has been singing professionally for more than 15 years, having worked on various projects with Syco Music and touring extensively with Sting. She's also currently the lead vocalist with the Soul Jets.

I guess my career highlights would be working with Sting. I did a European promo tour with him a few years back, which was magical. He taught me how to do cryptic crosswords haha!

I'm looking forward to coaching on the Live Performance Workshops at ICMP as I think I have some valuable experience and insight that will hopefully help budding singers starting out in their careers.

Besides just being a "good singer", there are so many other important skills that are worth developing early on. This is going to be one of my main points of focus."

After being awarded a distinction level masters in Composition For Film and Television, following on from a BMus in Music Performance, Tom has been working freelance as a composer, arranger, producer, multi-instrumentalist musician and educator

Tom recently won an Emmy Award for his score for documentary, 'The Nightcrawlers'.

I'm looking forward to being part of a team/family that shares similar values working towards creating a continued positive environment." 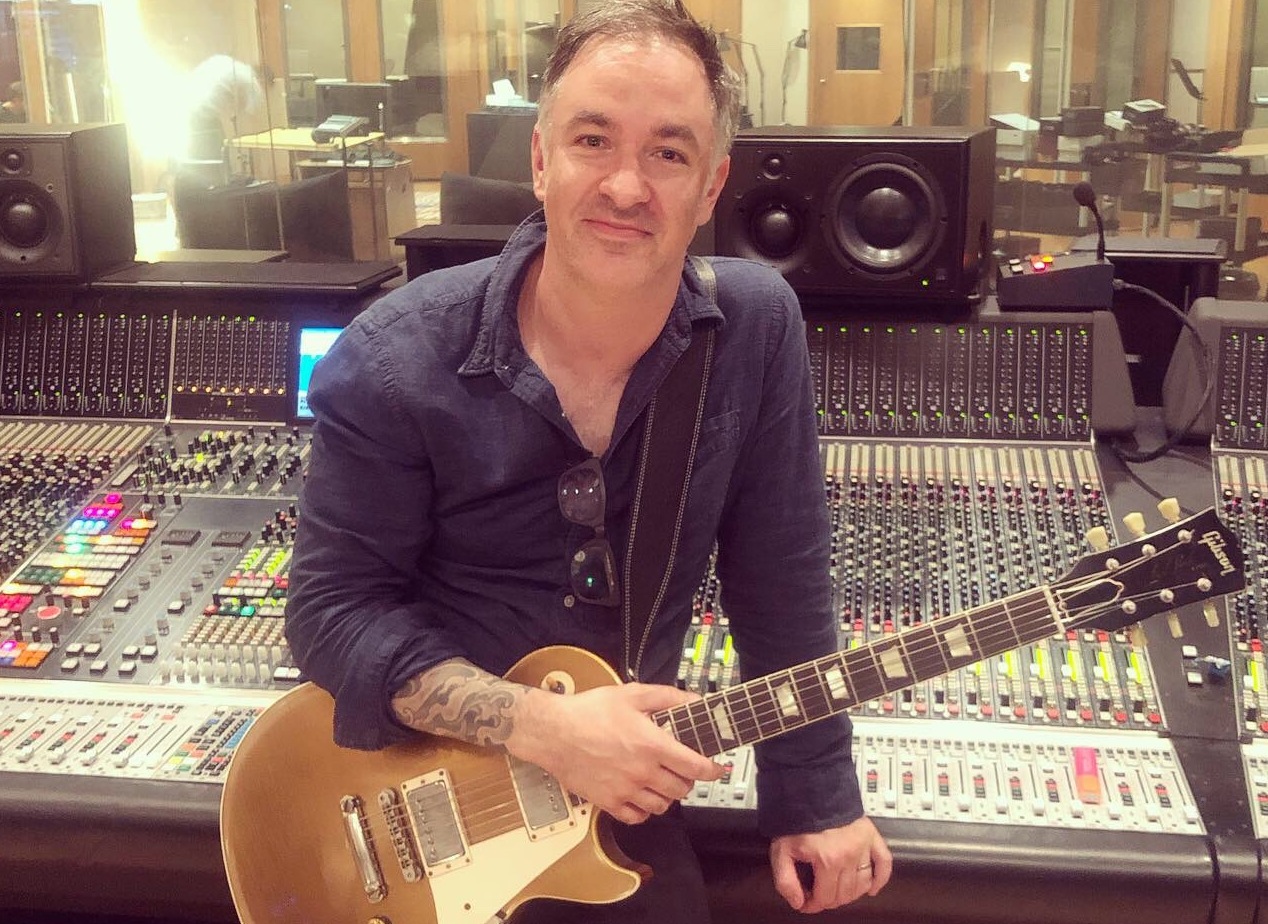 As a guitarist, Adam has enjoyed stints in London's West End as well as playing alongside some of pop music's greats including Little Mix, Robbie Williams, Ronan Keating, Elton John and many more.

Some include doing a duet with Gloria Estefan at The Royal Albert Hall, going on a small tour with her, with the rest of the band featuring Greg Fields who was Frank Sinatra’s last drummer. The first three series of The Voice on the BBC in the house band were also great, and touring with Seal in the same year.

I’m looking forward to the chance to help young players make a living in the real world, using experience I’ve gained, and teaching material that is from real gigs, not just an academic syllabus."