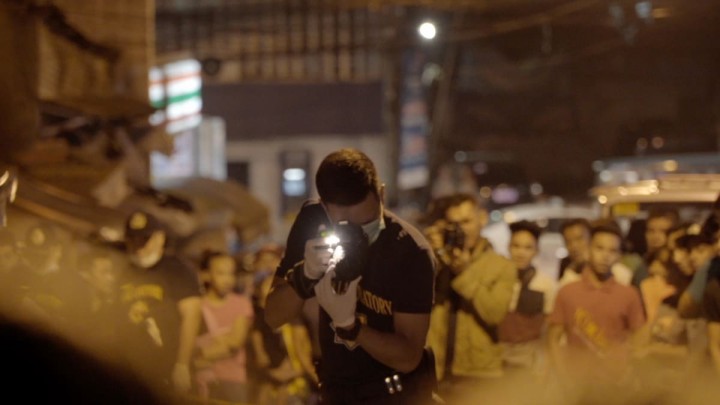 ICMP tutor and alumnus Tom Brown has composed the score for the Emmy Award winning documentary, ‘The Nightcrawlers’.

The short film is an expose of Philippines President Duterte’s war on drugs which is believed to have led to the deaths of more than 20,000 people.

‘Nightcrawlers’ was shortlisted in both the BAFTAs and Academy Awards for Best Documentary - Short Subject before winning the Emmy in the Outstanding Short Documentary category.

“It was a bit of a surprise to win especially since we were so close to the Oscars and BAFTAs this year but got pipped at the final hurdle. The director, Alexander A. Mora, shot a lot of the footage himself often putting himself in harm’s way; a truly brave man in his search for the truth.

"I became involved right at the start of the project [three years ago] meeting the producer Doireann Maddock through a mutual friend who recommended me and we hit it off straight away.

"I went away and wrote some sketches after the three of us met up a few times to discuss the aesthetics, subject matter and tone of the film and it developed from there over the years we spent working on it."

"It was a nice organic process and both storyline and music refined as more of the footage was captured."

Congratulations to Tom on this brilliant achievement.

Visit his website to find out more about him and his music.