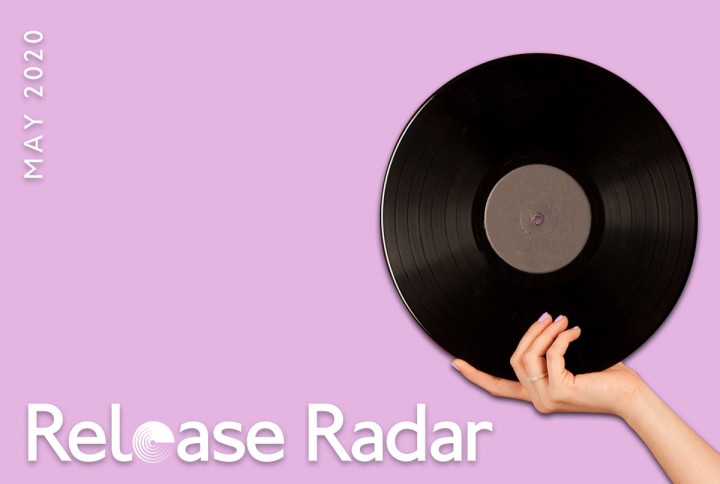 The ICMP community never stops surprising us and, once again, they have provided the best monthly soundtrack we could ever wish for!
Here is a great selection of tracks being released this month, May 2020. Follow our playlist to not miss out on any new tracks by our students and alumni. 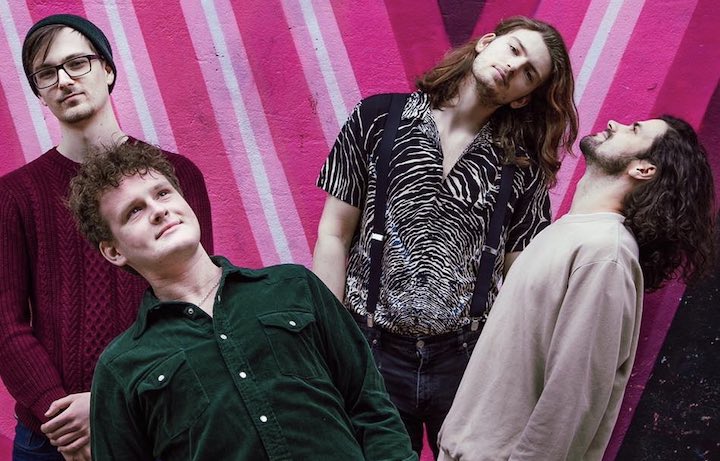 The Valla is best known for their ability to fuse melancholy lyrics with inspired, hard hitting anthems. They started playing ‘secret house concerts’ and have recently released their new single 'Ice Cream', which received several plays on BBC Radio prior to the release. The band, that features Songwriting Alumnus George Coulson and BMus Music Performance Alumnus Alex Walker, told us:

"It's a feel-good summer pop song about wanting to escape from mundane everyday life, its meaning is particularly resonant in current times." 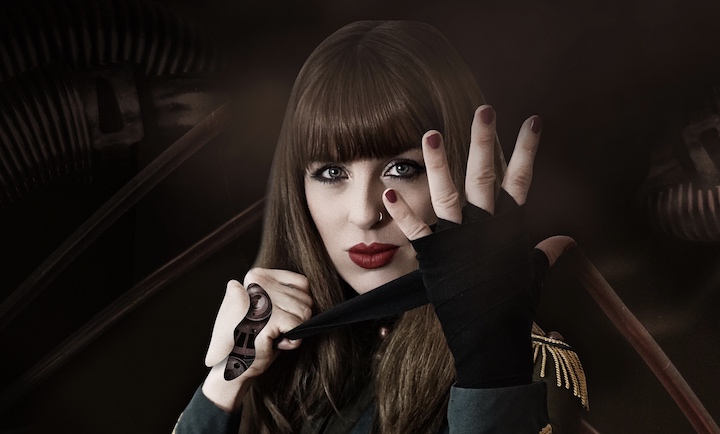 French/Australian artist Etoile Marley is a bi-lingual singer/songwriter currently on the Songwriting degree. Previously a dancer and circus performer she is focusing all her energy now on making music. Her latest single is called 'Tension and Pride' and she said:

"The song is my first collaboration with producer Matt Hughes (Academic) and it is about fighting your own inner demons." 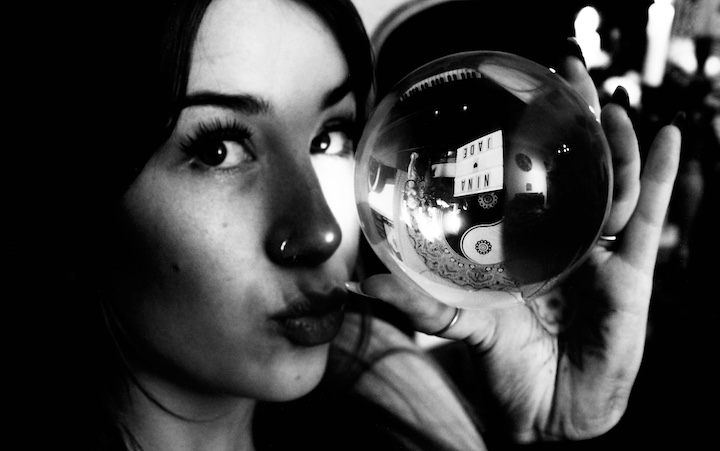 Nina Jade, 21 year old urban flower child, from the South West corner of Oxfordshire, first graced the stage as a young 7 year old and hasn't left it since. She is currently studying on our Creative Musicianship programme and recently released her latest single 'Loved'. Nina explained that the song is

"a collaboration with my amazing friend Alex Wright, who was the mastermind behind the production. The song is based on my own personal story but I want listeners to be able to interpret it how they want, relating the lyrics and vibe to their own personal experiences." 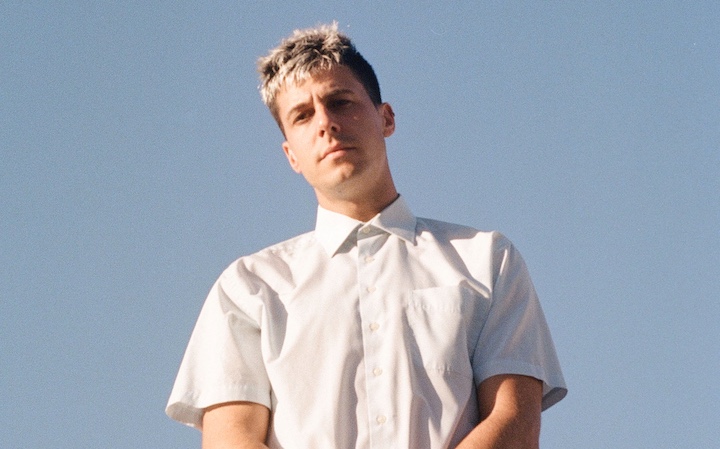 Zetak is a Basque electronic music project and a multidisciplinary artistic project created by our MA Songwriting student Pello Reparaz. After the release of their selftitled debut album in December, which was nominated as best basque album in the Spanish MIN awards, and a sold-out tour they have now released their new single 'Zeinen Ederra Izango Den'. About the success of the single he said:

"We hit 250k plays on YouTube in the first week. The great resonance on 'Zeinen Ederra Izango Den' made us so happy. " 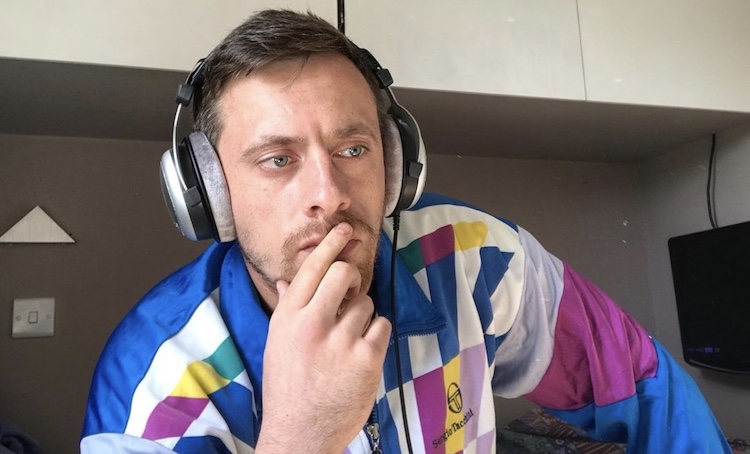 Mister Lees is a Recording Artist and Music Producer from London who recently released 'LDN', the title track from his upcoming debut E.P 'The LDN E.P'. The Music Production student wrote and produced the track himself combining rich sounding pop music with the flavours of garage and grime. Recovering from years of homelessness he told us:

"It was always the plan to keep it real. Everything has to be authentic but I wanted to change. I wanted to leave my struggles behind me and use them only to enhance my greatness. This is the reason behind the name 'Mister Lees' " 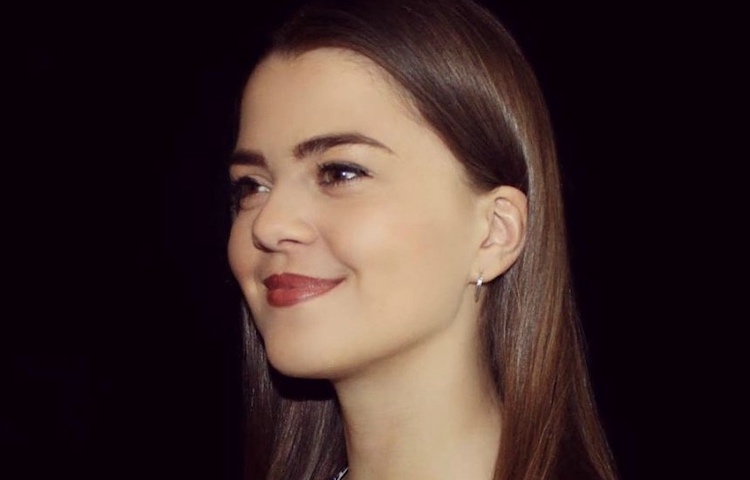 24-year-old Simone Quist has recently released her debut single 'True Love', a powerful pop ballad. The Singer-Songwriter from Denmark is currently studying on our BA Creative Musicianship programme and aims to heal broken hearts with the song. She describes the song as

"a testament to what it means to make music that can create a powerful bond with the audience from the get-go." 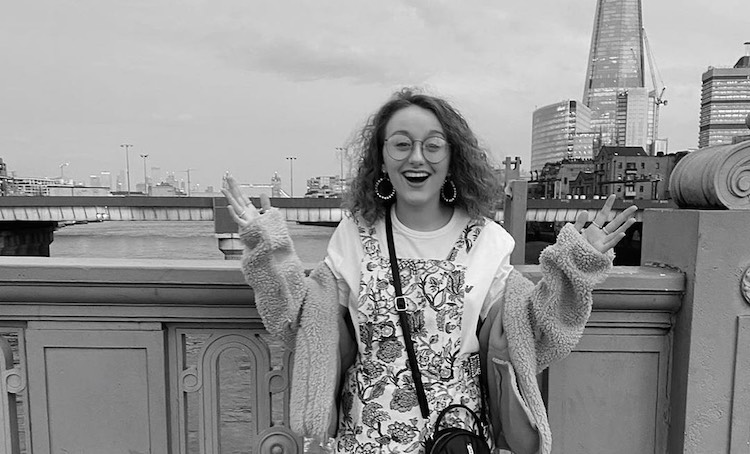 19 year old Singer/Songwriter and Creative Musicianship student Macie Nyah has recently released her debut single 'I don't need you'.  She wrote the song together with BA Songwriting student Ali Gould and it is produced by Music Production student Hugo Shaw. Asked about her musical background and goals she told us:

"As a child I started studying music in Musical Theatre, however I always loved singing pop music and so for college I decided to leave musical theatre behind. For me the end goal and dream is to one day to be represented by a label and management." 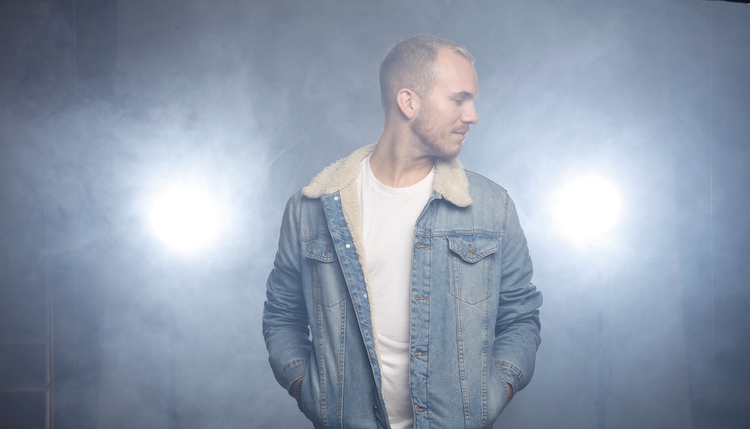 Swiss artist Paul Alan is studying on our Masters in Popular Music Performance course and has released his new single 'Marry Me', produced by Music Production student Michael Fink. With his A capella group „the guildhall conchords“ Paul won the national election of the UK 2020, participating in the ICCA‘s semifinals. The song is a dedication to music:

"I am trying to create a grateful moment while singing this song. It is all about the love to music and the loyalty of it, as it has always been the one thing, that always remained and still does." 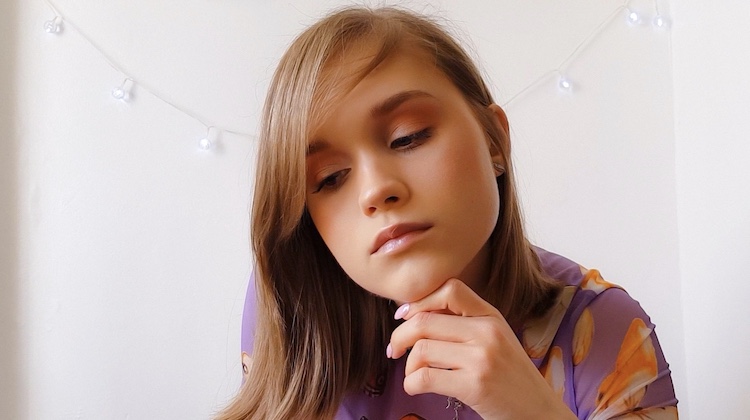 Bryella is merging dark,electronic pop, synth wave and R&B in her debut Single 'Expectations'. The polish artist that is on our Higher Diploma in Music Performance and wrote the song about struggling in modern society to fit in and constantly running to meet expectations of other people:

"I based it on my own experiences since I always had a problem with accepting myself. The mission this song has is to make people accept their imperfections because they are the ones to make us unique." 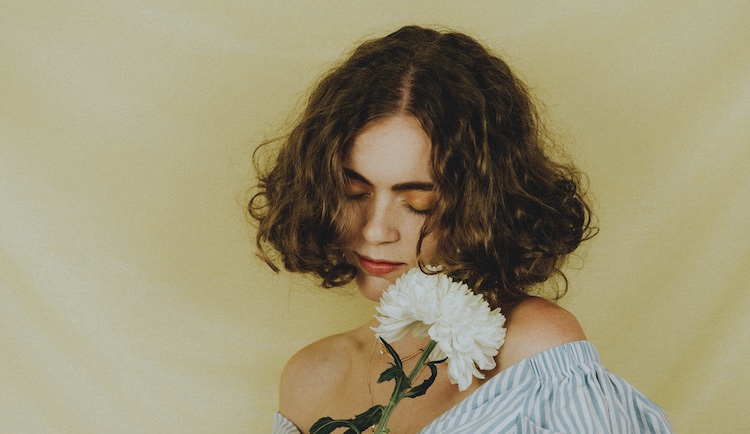 ICMP alumni honeyfreckle writes music that makes you want to put glitter on your cheeks and dance like nobody’s watching. In February her vocals were featured on Billboard charting artist AJ Salvatores' Single 'Malibu', reaching over 100.000 streams on Spotify. Her own follow-up single “pit stop” is a heartbreak disco banger that is perfect for both dancing and crying:

"I sometimes have really bad dreams about being left behind by people that I love. Writing this song has been a way of processing and venting those emotions." 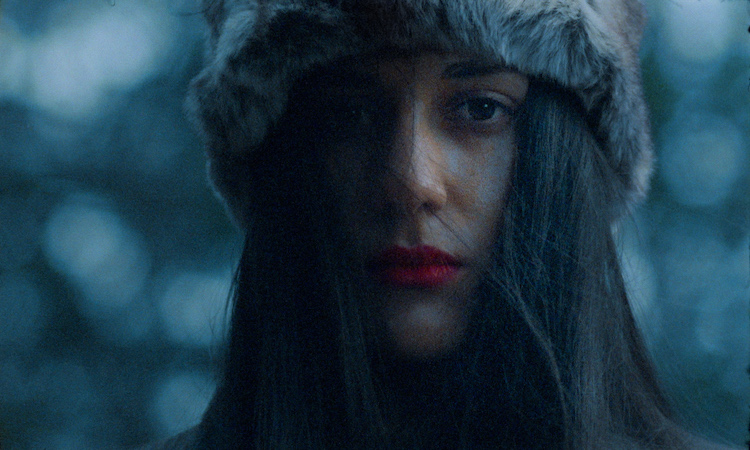 Introspective, dreamlike, sometimes surreal and yet so intimate and human, Chiara’s sound world is an elegant texture of reflections, unique soundscapes, and her gentle voice. The MMus Performance student has now released her latest single 'The Hunt' which will be part of her debut album project “Constellations”. She told us:

"The song is about our human hunger for dreams, for ambitions, for more. Life has too much to offer, and we are hungry.  So just like wolfs, we keep searching and hunting, to keep our souls awake and our eyes young. " 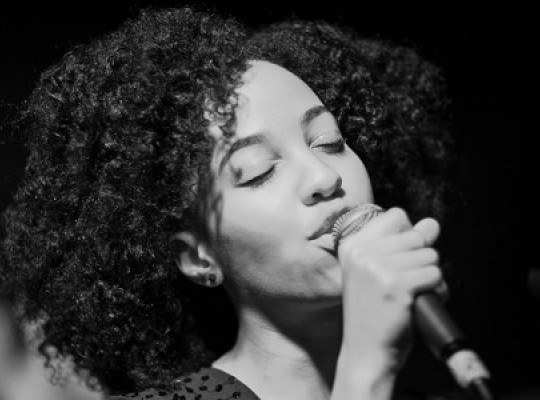 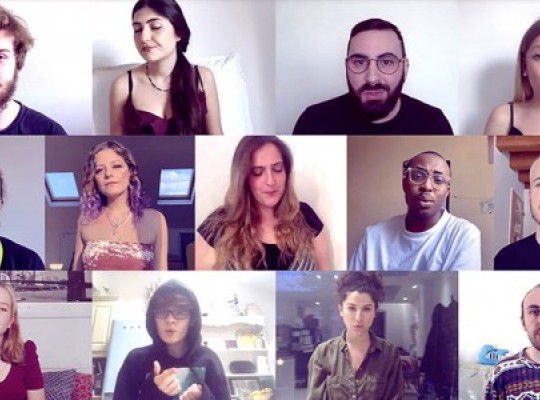 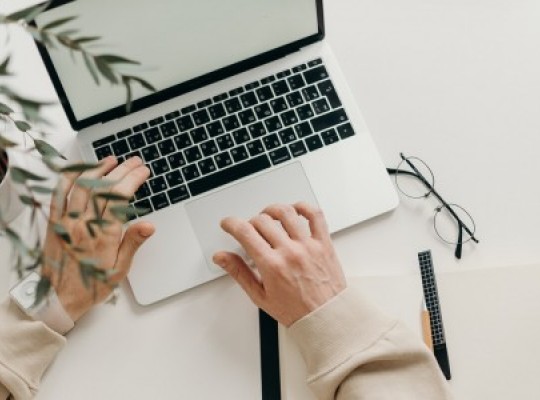