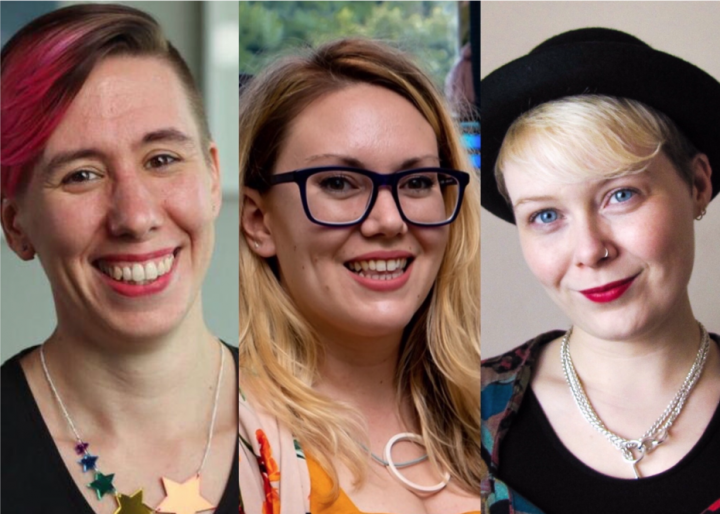 Congratulations to ICMP’s Rookes who has won NME backing for her 2% Rising Project to help support women and gender minorities working in music production and studios.

The initiative has been championed by NME as part of its ReBuild Music program and means 2% Rising has received a website developed by Squarespace as part of this support.

2% Rising was inspired by a statistic stating that only 2% of producers behind the top 100 commercially charting tracks were women.

This led to Rookes coming together with her friend and mastering engineer Katie Tavini to launch the project after seeing how outraged many were about the situation.

Commenting on the launch, Rookes said: “In March 2020, we set up a Facebook group and purposefully set the tone to be about discovery and collaboration."

We invited every producer and engineer we knew who was a woman, non-binary or trans, and word spread quickly - within just over a week we had 150 members."

"We also quickly found Suze Cooper, who had been our trusty third core team member ever since. Then lockdown hit almost immediately after and the whole world piled onto the internet in the absence of In Real Life (IRL) events, so growth has been steady ever since. We are now charging onwards - approaching 800 members across the UK, the EU and beyond, with beginners through to award winners."

The team hope the support from NME will help the project grow, attract more members and "cultivate safe digital environments for women and gender minorities to pursue their burgeoning interest in studio music making".

According to Rookes: "Technological music-making forums can be awful places, loaded with bullying and driven by scarcity mentality; which makes no sense because music making is often beautifully and daringly collaborative.

"It's moved the 2% Rising team and members enormously to see the NME recognise (and elevate) that our group is trying to build something different that could change the negatively charged culture in which music is often made."

2% Rising's core mission is split between helping members find each other, ensure members have access to the best resources and give them opportunities to grow their careers.

Rookes said: "Our Zoom calls (Listening Parties and Skillshares) have been wildly popular and we aim to keep growing those in order to give members opportunities to sharpen their expertise and make connections. We have been talking for a long time about taking 2%R IRL and organising events that our members can attend - so we're angling to start planning those kind of activities in the coming months."

"Additionally we have started some exciting conversations with other networks and organisations that want to champion equality as well as talent to create new partnerships and projects. It's been so joyful to watch our members build projects, make records and hit milestones together during the past 18 months that it really does feel like the sky's the limit!".

Isobel Anderson is an ICMP Songwriting tutor and member of the initiative. She also hosts the Girls Twiddling Knobs podcast to offer female perspectives to music tech and recording.

Commenting, she said: "There's some hefty work still to be done regarding music technology's gender (im)balance and it's encouraging to such a visible platform, such as NME, giving the fantastic 2% Rising project the support and recognition they deserve."

Women and gender minority musicians are slowly becoming more visible in production and engineering, but we desperately need the community, resources and opportunities 2% Rising works so hard to provide."

Well done to Rookes and the 2% Rising team on winning this industry backing.

Visit 2percentrising.com to find out more.