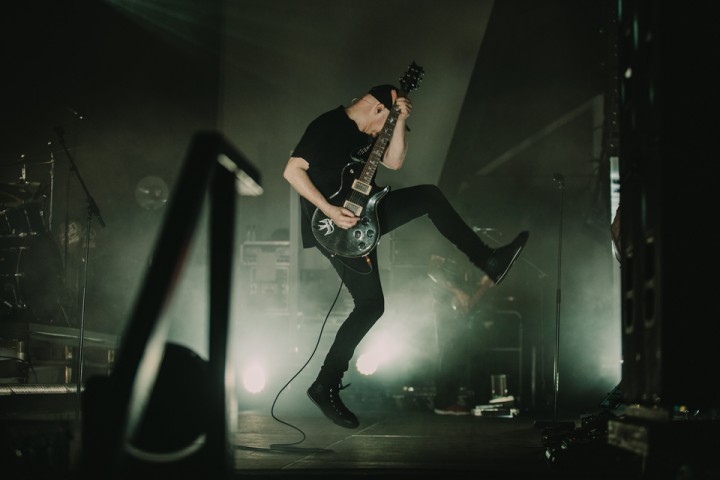 In his latest blog, he gives us the inside track on the band's return to Iceland. Read his previous posts here, here and here.

So here we are, two months into the post-pandemic rollercoaster of a tour across Europe and the UK and we have just landed in Iceland to invade the Viking shores in our own noisy attack. This is inflicted on the ears rather than a blow to the head with a broadsword..

The last time we were here was 25 years ago in 1997 when we were the fastest selling live band since Led Zeppelin and clocking up a platinum LP at the same time. The best thing about this visit is we are playing in the same Laugardalshöllin arena venue in Reykjavik which houses around 5,000 people. 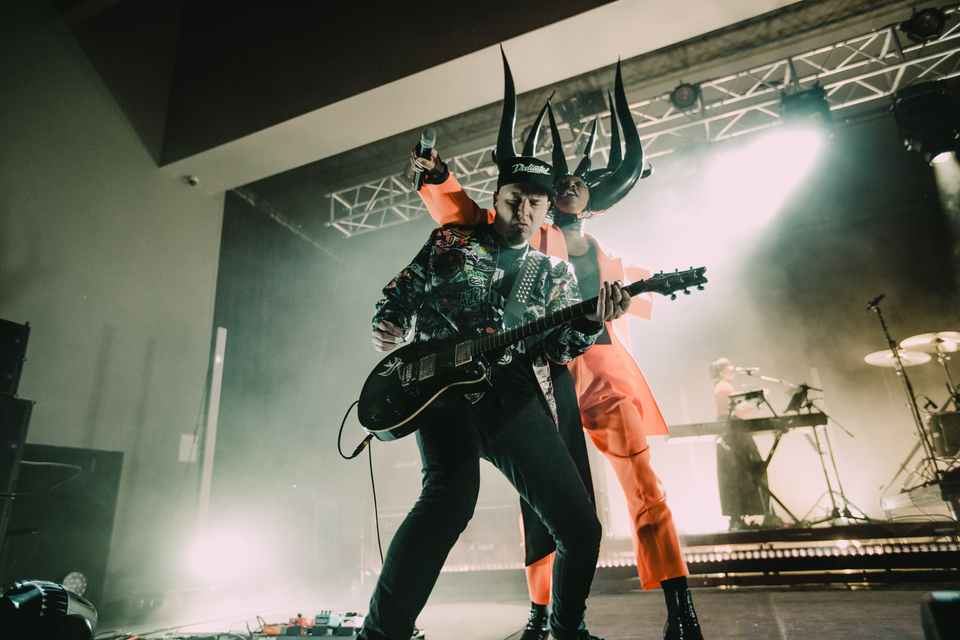 We flew in from the last night of our UK tour from Leeds after a brief nap on the tour bus straight to Stansted airport.

The check in staff were slightly bemused to see 20 tired and tattooed rock'n'rollers clad in black with dark circles under the eyes to match, rolling up with 27 flight cases of gear to check in."

After a while they were suitably charmed by us (or just gave in with a smile) to give up on the weights and sizes by the book, and just tagged it all up for the oversized items drop off.

I was travelling light, just taking three PRS guitars and two mini pedal boards, with the rest of the gear rented rather than flown or trucked. For shows like this, it’s a far more economical way for the band to take essential items and hire the main backline. In the meantime, our main trucks were rolling on to Poland to meet us there for the shows immediately after this one.

As we walked into the hotel from the airport, we were instantly asked by the promoter a to film an interview for national TV. After the piece aired in the evening we sold an extra thousand tickets to help fill the venue. 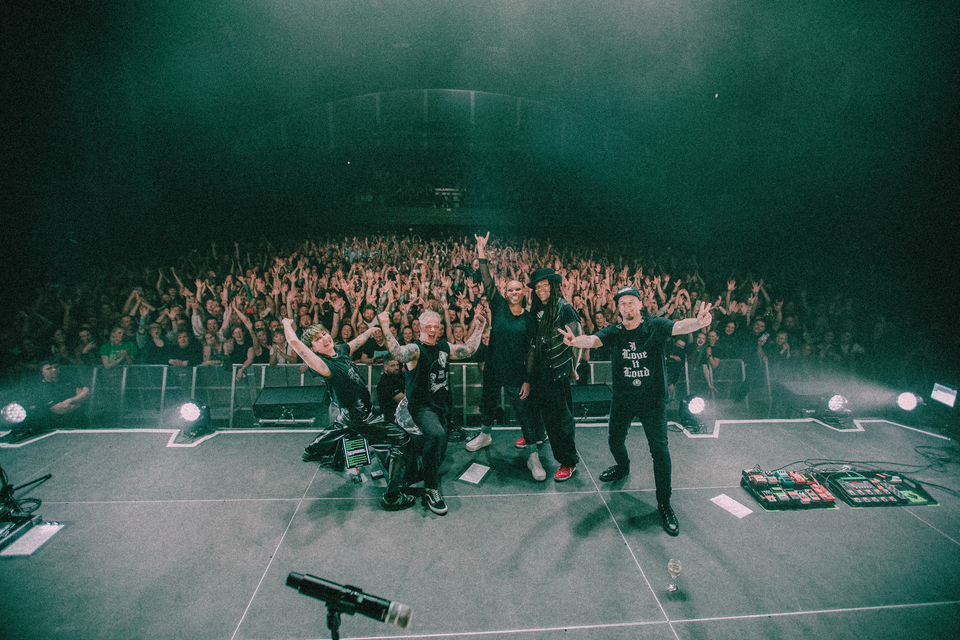 Before the show, walking down the main high street of Reykjavik, not much has changed. Most of the bars and clubs look the same, but maybe with a few name changes. Many of the old places from before are still there and it’s so physically quiet on the street that it’s a novelty in itself.

Long lost memories that had been buried deep in the back of my mind were triggered by the walk down the main strip and came flooding back from that seminal visit in the nineties.

The people, the parties, the tattoos and the hotdogs. Probably to be recreated again this visit in a slightly different, more mature perspective ... or not.

As soon as we arrived at the venue, we set to work straight away on our hired gear, to try to squeeze our trademark sounds as best we could from it to be ready for the show.

It was an excessively long soundcheck, but the time was well spent and we got the fine details into place ready to tear the place up with our sonic attack."

Doors opened at 7pm to accommodate the masses pouring in, as well as a huge walk up queue forming healthily outside.

The support band, Dikta, kicked off at 7:30pm, and are a pretty established Icelandic band already. I’d had the pleasure of producing their album 18 years ago here. It went to number one and started to put them on a professional journey which they are still on all these years later. It was fantastic to watch them play and to reconnect as old friends all these years later. Having an experience in music with people such as creating an LP together creates a bond that lasts for ever. 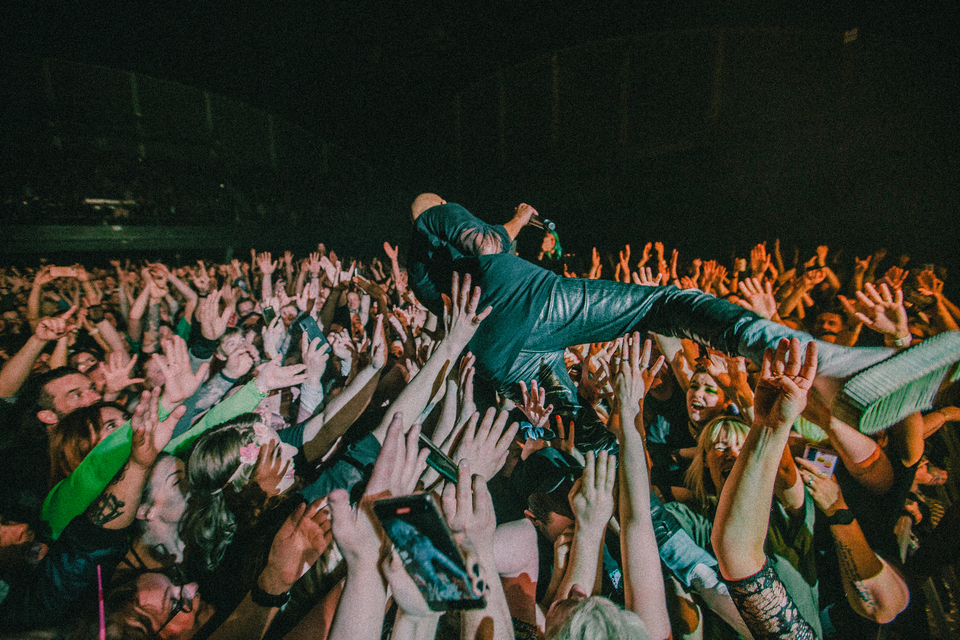 So, the big moment arrived, and it was time for us to take the stage. Excitement, nerves and emotions mixed together as we huddled in the dressing room together to centre ourselves and take focus for the performance.

As we ventured out into the arena, the roar of the crowd and the sea of faces welcomed us under a magical array of flashing lights and hissing smoke machines in a way that no other profession could even wish for…

As the first riffs rang out over thundering bass and drums there was nowhere to hide, and as soon as Skin commanded the stage with her soaring war cry, we knew we were back."

The long-awaited home coming was complete, and throughout the evening the songs rained down upon the seething exuberant masses in a cascade of undulating emotion, anger and celebration.

After the final song we walked off to applause so loud that the venue shook; beckoning us back to deliver a four song encore of passion and frenzy culminating in Skin jumping into the crowd for a final mosh to close the proceedings for the night.

Happy and exhausted, we congratulated each other in the backstage area, poured a drink and then got ready for a night out on the town … well who wouldn’t after a day like that…

Thanks Iceland, you were monumental … let’s not leave it so long again next time! 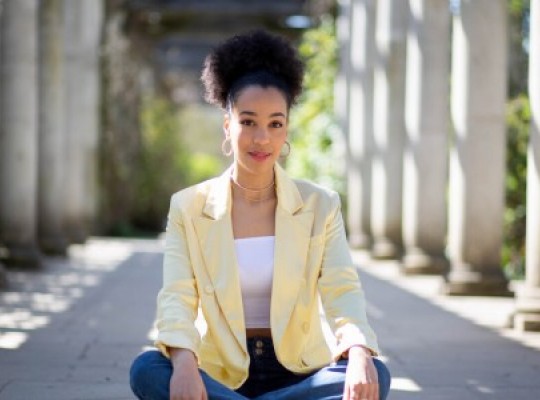 ICMP to host stage at the Alternative Escape 2022