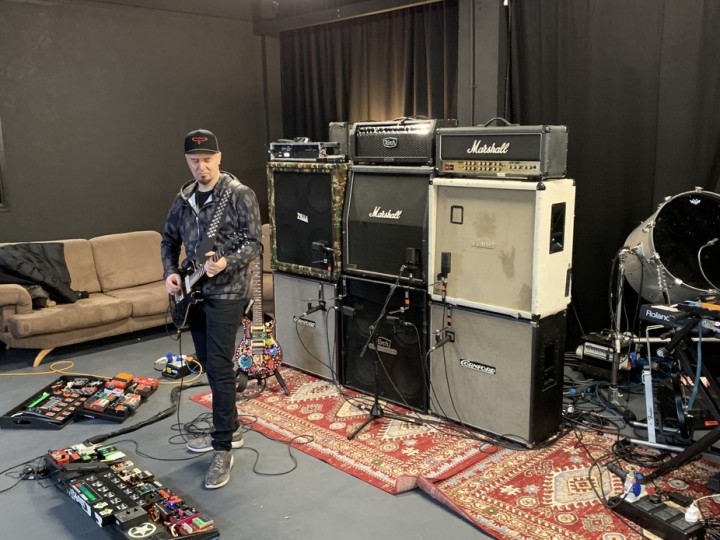 Ace, ICMP's Head of Industry Partnerships and Business Development, will be on tour this month with the legendary British rockers, Skunk Anansie.

Here's the first in a series of blogs he'll be putting together about the group's escapades which landed at Brixton Academy on 25th March...

So here I am, set up with the band, in the rehearsal rooms getting ready to actually hit the road.

It’s been a painful and tough couple of years, but we are finally going out again.

The atmosphere in the room is really fun and slightly apprehensive as we have to rehearse and play again to a high standard after two years of not seeing each other. The new single is out, it’s in all the Spotify playlists and doing really well, and tickets are selling fast for the shows. 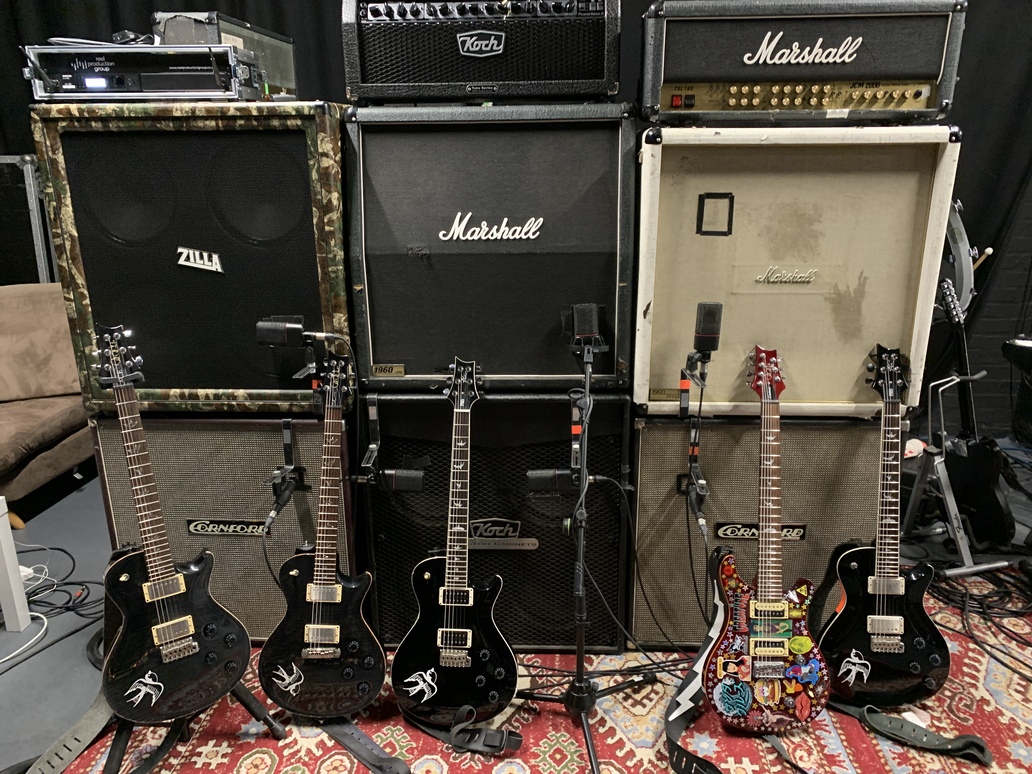 My monster amp back line and arsenal of pedals lay around me and my army of trusty axes are tuned up and ready to rock.

My guitar back line consists of PRS single cuts apart from one seven string; a Tremonti signature, SC 245, and two Ace signatures and the new stickered SVN that I am calling ‘The Piggy’.

Playing again is great. Even blowing out the cobwebs is fun when you’re back with your original creative team.

We’ve got nearly 30 years of history between us going out rocking around the world, being friends and doing some amazing stuff. It feels good that we’re going to pick this back up and be out there doing what we love and what we do best."

I’ve got some new secret gadgets up my sleeve of sound innovators and Mashup machines. The old songs sound great, and the new songs sound fresh.

We’re actually looking forward to a few months living on the bus… There’s a first. It’s probably been with the toughest period in the whole band history, but we seem to have weathered it well kept in touch, made demos and recorded new singles already in anticipation for this next phase and, onslaught.

Covid and Brexit have been very testing for us, but it’s also shown that we can stand strong together and weather the storm. 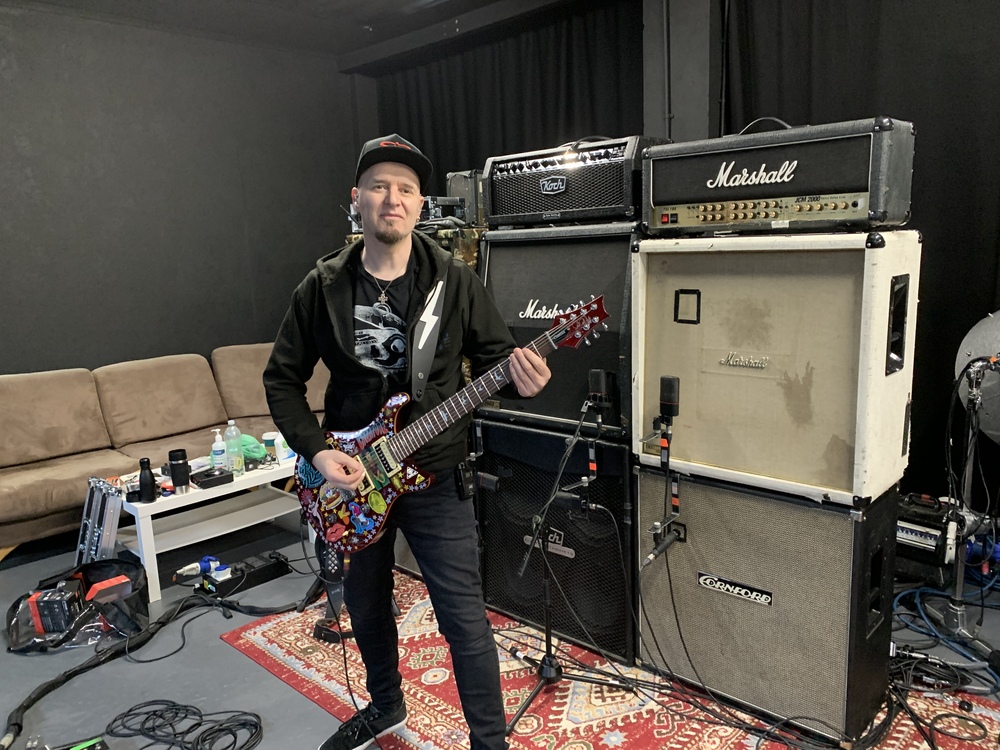 My rig is howling, screeching and singing and the playing feels so good that I just wanna live forever.

The next phase for us will be going into production rehearsals where we will do the full show with the lights and the sound system.

Then it will be the big pack down of gear into the truck, band get on the bus and off we go…