We explore our alumna's journey from ICMP classroom to co-writing with UK country sensations, The Shires... 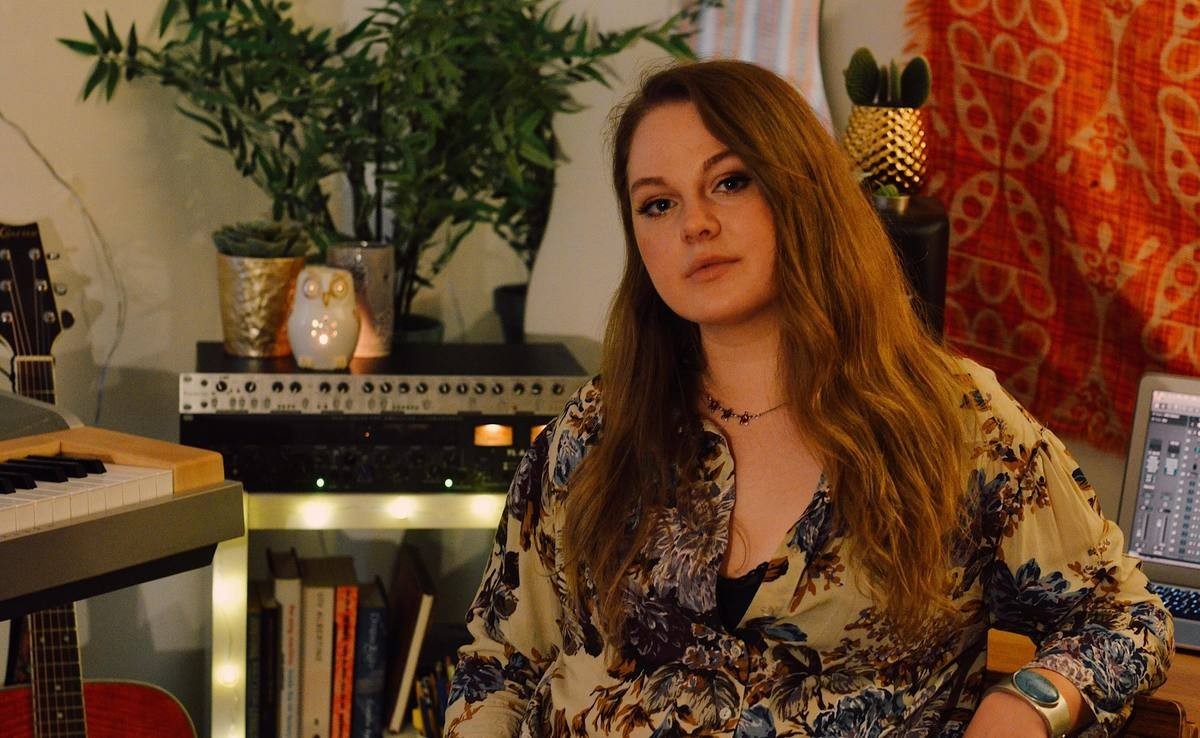 As a much in demand co-writer and burgeoning producer, ICMP alumna Kaity Rae is an exciting music maker and one to keep your eyes and ears on.

After studying our songwriting degree, Kaity initially thought she would pursue a career as an artist before resetting and instead opting for co-writing. Her decision has paid off with recent cuts including work with UK country hitmakers The Shires and emerging artist BETSIE GØLD.

Kaity has since returned to ICMP to offer her advice at numerous events and perform at our Songwriters' Circle nights, events which turned out to be crucial to expanding her networks and connecting with Ben Earle from The Shires.

Get to know Kaity and her musical journey in our interview alongside her essential advice for aspiring songwriters...

I played cello and piano from a really young age. A few years later, much to my classical music teacher's dismay, I discovered Taylor Swift on YouTube and started playing the guitar. From there, I met one of my best friends (who still is to this day) and played cello in her folk band during the height of the Mumford and Sons era.

That really opened my eyes to what ‘doing music’ was, as it was my first experience of gigging. We’d play Hertfordshire festivals and gigs and I loved being part of the band for the summer. After that period was over, I really threw myself into writing songs and making small demos on Logic, eventually making plans to record my first EP. That’s where it all began.

What led you to ICMP? And how did you find your experiences with us?

My mum actually found one of the week long songwriting summer courses ICMP did back when I was 15 and convinced me I should enrol.

I totally loved the summer school and wanted to study at the uni full time, so when I finished my GCSEs I came back to ICMP for the vocal diploma, and then went on to study the BA Songwriting degree.

I really enjoyed my time there, and still have a network of friends and co-writers that I work with regularly!

What was the most important aspect of your studies at ICMP?

The best thing ICMP did was get me into co-writing!

I had never written a song with anyone else from start to finish before I went to ICMP. Now it’s what I do every day (or at least did before all the coronavirus madness!)"

It was so important for me to come out of uni with a good grasp of how co-writing works. Knowing this really gave me a leg up when I started writing in the wider industry.

Could you talk about what you did after you left ICMP? What were your first industry moves?

I was honestly so unsure of what I wanted to do when I left. When I first came to ICMP, I had my heart set on being an artist, but throughout my time at uni I discovered my biggest strengths were possibly in writing for other people. Safe to say I had a bit of an identity crisis that summer!

How did you find your creative strengths as a writer?

I was lucky enough to have a space at home for writing, and so I asked every artist friend I had to come over and co-write for their projects (some of them had never co-written before). I’d also go to gigs to find new artists to write for and get my existing co-writers to introduce me to potential new collaborators. Within around six months, I started to have a few cuts here and there with independent artists, and was loving the freedom of working on so many different projects and never having to be ‘the face’ of a song.

At the same time, I had also begun to make small demos in writing sessions, and pretty quickly got super into music production. Around a year and a half after I left ICMP, I got my first credit as a producer with pop artist BETSIE GØLD.  If anyone had asked me at uni if I thought I would be pursuing a career as a producer, I would have honestly laughed in their face (sorry to all my production teachers at uni). Funny how things change! I love what I do now, and it’s totally okay to feel lost for a bit after leaving uni while you figure things out!

How do you approach the creative process? Do you have a way into your music?

My biggest inspiration is definitely the artist I’m in the room with.

Whatever my co-writer brings to write that day is almost always what I feel most excited to write about - it’s fresh in their mind, they normally have a lot to say, and I also get ALL the gossip."

Just having a good old chat before writing a song is a great way to land on a concept, and often I just sit and listen to what they’ve got going on, writing down notes occasionally.  I also do keep notes written down in my phone of things I think of/hear other people say, and those mostly just come in handy for sparking an idea or filling in a gap in a song somewhere.  Having someone else there to write with is also great even for things like scrolling down samples. Often people will shout "YES THAT ONE" on something I would have never picked out for the song but ends up really making the track.

Who are your biggest inspirations/influences?

It goes without saying, but Taylor Swift is definitely one of my biggest influences! I also love Nashville songwriters such as Jessi Alexander, Lori McKenna and Emily Weisband. There’s also a lot of amazing female producers that inspire me to keep pushing the norm, LYRE, Grimes and KARRA are some of my favourites pushing for more female representation in the production industry.

How did you get a songwriting cut with The Shires?

Ben Earle (from The Shires) found my first EP I released as an artist on Spotify by chance a few weeks before my second EP came out.

I was a big fan of the band so it was insane that he’d listened to my music, and was kind enough to head down to my EP launch in London.  While I was at uni, he came to play a few Songwriters' Circle events at ICMP that I also featured on and so we stayed in touch.  Around a a year and a half ago, I was getting quite a few credits on the UK country music scene, and so Ben invited me to write for The Shire’s fourth album.  I’m lucky enough to have two songs on the album, ‘New Year’ and ‘Only Always’ that Ben and I wrote together!

What's the best piece of advice you've received about music making? And what would you advise to any students at ICMP about to complete their studies?

Do your absolute best not to compare yourself to others. It’s the biggest trap I fell into as an artist, just scrolling through Instagram and YouTube looking at the numbers and achievements of other people, getting more and more disheartened.

As soon as I stopped thinking about other people and their careers and just fully threw myself into focusing on my goals, everything started to make more sense."

I still catch myself doing it from time to time, and it is inevitable, but teaching yourself to think ‘that’s great for them’ and move on is the biggest thing you can do for your own sanity in the music world.  It took me a long time!

How can you grow your audience as an emerging artist? What platforms are key?

Most of the artists I work with use Instagram and Spotify for artists to grow their audiences. These have been big players for a while, but I’ve recently seen what TikTok can do in a relatively short space of time if you captivate the right audience! I started uploading remixes where I’d do a song in the style of a different artist (for example I did a Lauv song as Taylor Swift) and I was pretty shocked when it blew up overnight - Lauv even commented and I definitely freaked out.

TikTok has definitely grown into a crucial platform for artists to reach new fans, build a following and promo their music. Creating content on the app has pushed my career further in this lockdown than I could have ever imagined!

What current projects have been keeping you busy? Do you have new music/collaborations coming out soon?

I have quite a few artists I’m currently working on tracks with, and TikTok is keeping me busier than I imagined it would! I’ve just had a song I cowrote/produced released with BETSIE GØLD called ‘Friday the 13th’ which I’m super proud of.

What does the future potentially have in store (hard to say I know...)?

As soon as it’s safe, I can’t wait to have people back in the studio to make new material, and I’d also love to visit Nashville again when I can. I went out there last year and am gutted that it’s not looking likely I’ll be able to go back any time soon - all for the best though! I was also meant to be going to Norway for a camp for a couple of days this month, so I’m also looking forward to that being rescheduled for next year.  Aside from that, just keeping on and producing more tracks!