Our BA Creative Music Production student gives us the skinny on his new track inspired by the Black Lives Matter protests... 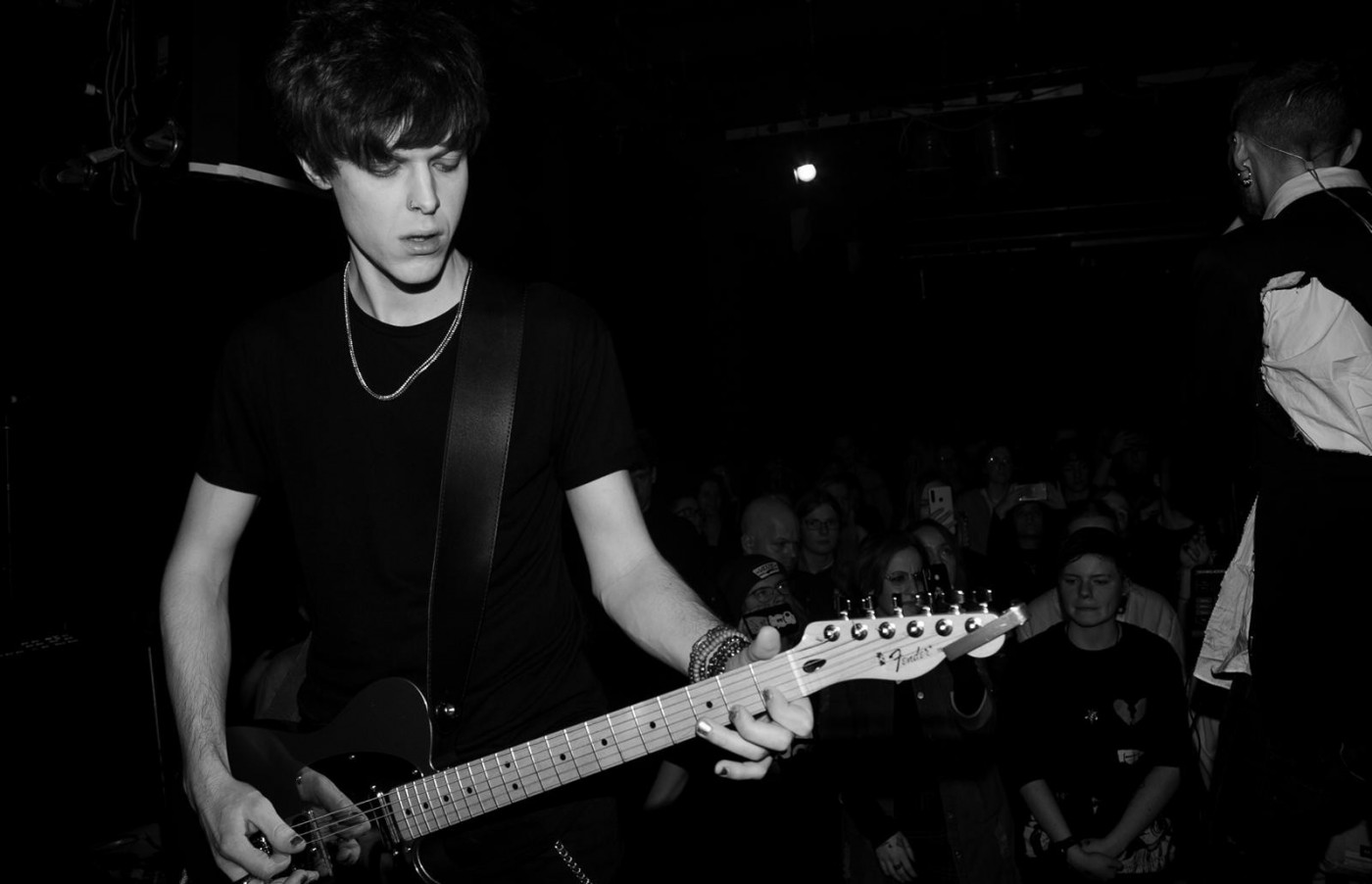 As a songwriter, performer and member of the Sheffield Beatles project, ICMP student Conor Houston is an exciting talent to watch out for.

Alongside studying our BA Creative Music Production degree, he's been busy working on new material including his latest track, 'Outside the Grocery Store'. The song is inspired by the tragic events surrounding the death of George Floyd in the US earlier in the year and shows another side to his songwriting skills.

We caught up with Conor to learn more about the single, his musical career to date and approach to the creative process. You can also listen to a playlist he put together for us earlier in the year to get through lockdown...

What led you to ICMP to study? And how have you found your time with us so far?

One area I wanted to explore is TV, film music and sync, but there were gaps in my knowledge with regards to production and mixing. I knew I needed the structure of a degree course to progress at the rate I desired, plus I never went to university after I left school. The music production course is exactly what I wanted it to be, a nice blend of practical and academic.

Could you talk about this new release and how it was inspired by the events around George Floyd in the US?

I was in a songwriting mood around June, and nothing else felt relevant in comparison to what had happened with George Floyd. I decided to write the lyric from the perspective of a police officer, and explore the thoughts he may have in his most private moments. I wanted to take a subtle and nuanced approach to the subject matter. I’m no expert on racism, plus I’m not personally a fan of protest music.

I find that songs resonate with me on a much deeper level when I reach my own conclusions about their meaning. Hopefully the measured approach to the lyric will elicit this from other people."

It really depends on what it’s for. If I’m commissioned for something, I can get it done very quickly. But with my solo project things take a lot longer - I don’t write often, because I need a strong motivation or purpose. I can’t just write aimlessly, hoping to stumble upon a song. I’m currently writing lyric-first, and filling in the music from there. Most of the composing actually happens in my head, while going about my day. Once I’ve developed the idea enough, I’ll then start to pick up instruments and record.

You enjoyed some stints as a session musician including performing on Jimmy Kimmel Live - could you talk a little about these experiences? What did you learn from them and how have they informed your own artist projects?

Right before everything shut down in March, I was playing for an American artist called Evan Barlow. We were supposed to tour all through summer, but hey. I’ve done session work since 2014. My first proper gig was playing guitar for an artist signed to Polydor at the time. It was incredibly eye-opening to see how the ‘big’ music industry operated, and it certainly informed the professionalism I now practice. I continue to learn from everyone I’m surrounded with, and never take that for granted. I’ve also got some unbelievable anecdotes and name-drops. My accomplishments make me feel very proud, and I’m excited for that work to resume.

Who are your most important influences and inspirations?

Anyone who’s treading their own path. It inspires me to see people who persist with their individuality, even in the face of adversity. No one ever changed music history by fitting in or playing by the rules. In terms of listening, I’m currently enjoying Susanne Sundfør, Fiona Apple and Slayer.

You've landed some BBC 6 Music and Radio X plays for your tracks - how have you managed to get your music into the ears of broadcasters?

The majority of my radio play has been because of BBC Introducing. I’m originally from Sheffield, and the local show there continues to be very good to me. Amazing Radio can be a good one too. Most ‘new music’ stations have some system through which you can send them your tracks. Also, as uncool as they can seem, community radio stations can be helpful. The more exposure you get the better.

Have you any advice for aspiring music makers and songwriters?

My advice probably won’t apply to people who dream of being a pop star, but there’s plenty of that advice out there already!

Create work you’re willing to stand by and say “I made that”. Don’t compromise your self-expression in the name of stardom or money. It will just come back to haunt you. A few years ago, I walked away from negotiations with some major labels, and it was the best decision I could have made. I’m just not willing to let them control something so personal - I love music too much for that. Learn as much as you can from as many people as you can.

The goal is to be an anti-snob. Most music has something good about it which you can apply to your own work. Play pop, play metal, play hip-hop, play folk, play Britney Spears."

Finally - be nice, and own your master recordings!

What does the future hold for you and your music?

I’ll be releasing more singles over the coming months, which are all very different from each other.

Myself and the rest of the Sheffield Beatles Project are currently rescheduling some dates for next year, and I’m also keeping up to speed with the whole touring situation. And then there’s also that degree I’m doing…

Visit conorhouston.bandcamp.com to find out more and watch the video to his new track below:

by ICMP staff writer
November 19, 2020
Creators
Back to Blog Home