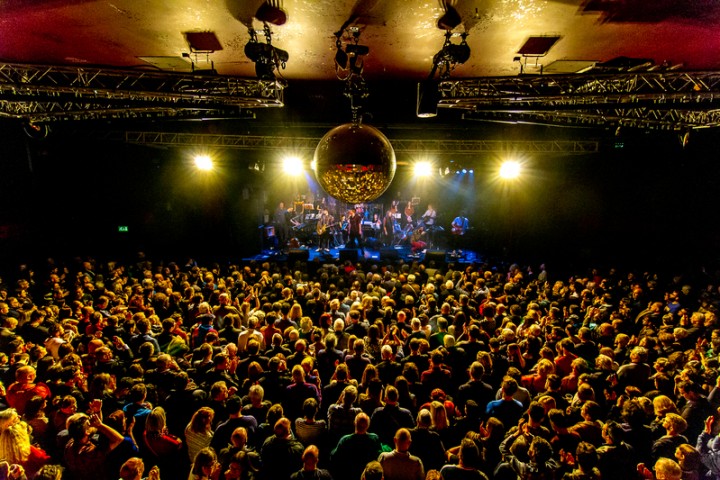 ICMP student Conor Houston has enjoyed great viral success performing as part of The Sheffield Beatles Project on their latest cover version, ‘All You Need Is Love’.

Our BA Creative Music Production student is one of four lead vocalists and occasional guitarist with the group.

The 30-piece ensemble usually perform albums by the Beatles in their entirety live but since the lockdown have become an online sensation with their new rendition of the Beatles classic.

Commenting on joining the group, Conor said: “I already knew several of the members. What's strange is that I remember a couple of years ago saying to a mate, "Why am I not a part of that? That's the kind of thing I should be doing". Then about three days later I got a call asking if I’d like to join.”

Recording the remote version of 'All You Need Is Love' was great fun and a welcome way of occupying myself. We were giving very clear notes from the musical director, along with a guide track, so nobody found it too taxing. "

He continued: "Fortunately, all the musicians are highly competent, so the end result came together relatively easily."

The ensemble is looking to 2021 for future gigging opportunities while they are also due to perform the '1967-1970' blue compilation from the Fab Four during the winter if possible.

Watch their version of the Beatles classic and visit The Sheffield Beatles Project on Facebook for more information.