How to use BBC Music Introducing to boost your career

BBC Music Introducing's editor Dan Roberts advises us on how new artists can make the most of the platform... 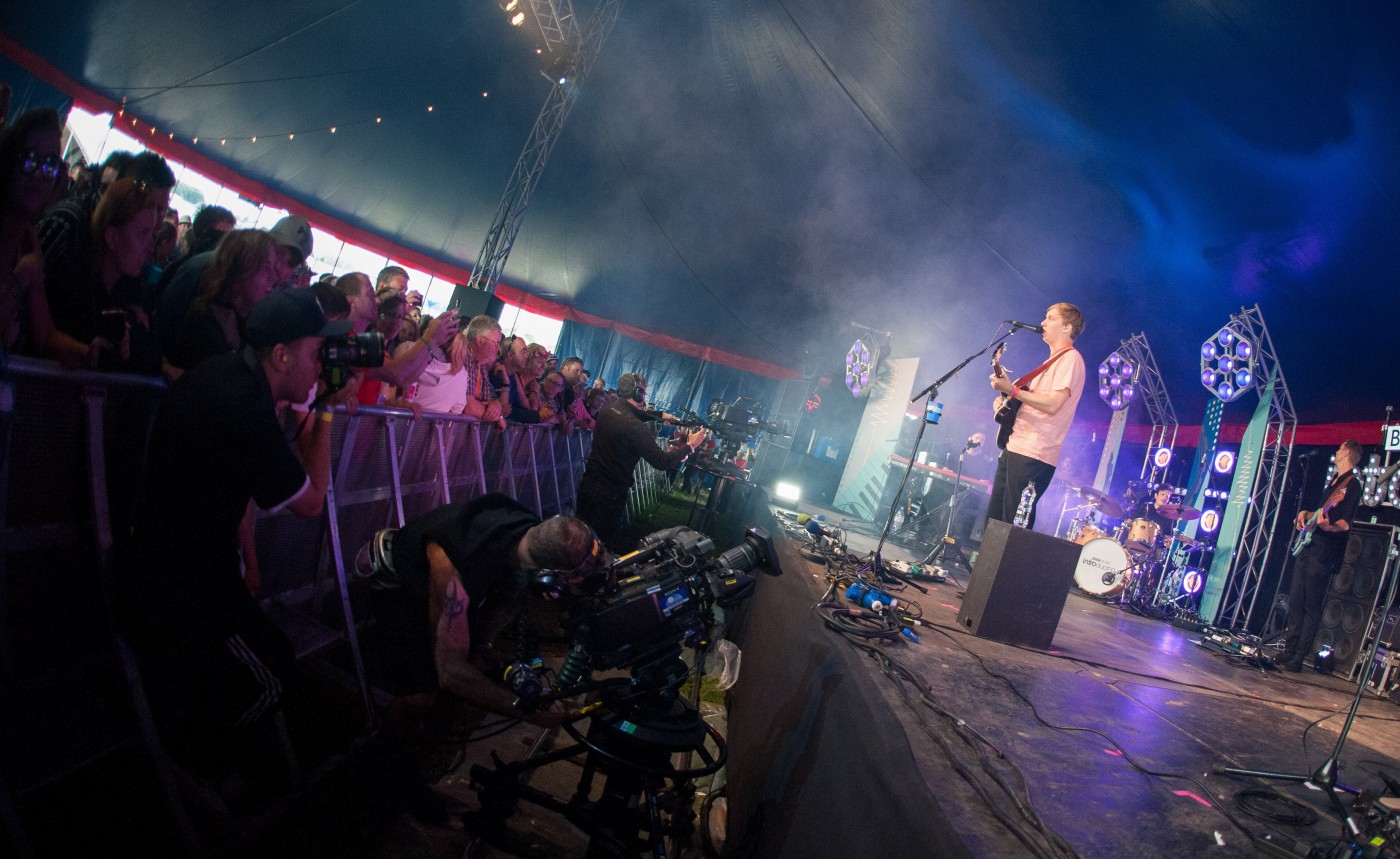 From George Ezra and Nao to Declan Mckenna and The Big Moon, BBC Music Introducing has been one of the key platforms for new acts standing out and getting themselves heard.

How does it work? Well the platform calls for artists to add their music to its system via the BBC Introducing Uploader. Then dedicated regional teams sift through submissions, cherry picking the best and playing them on local BBC shows. If they're deemed worthy enough, then they could even get propelled onto the national stage through BBC Radio 1, 1Xtra, Radio 2, 6 Music, Radio 3, Asian Network and the World Service.

It's a recipe that has proved itself time and time again with the likes of Blossoms, Slaves, Everything Everything and Jake Bugg all kicking off their journeys with the platform. It's also helped ICMP acts like Honey Lung and Matt Maltese get noticed and play key gigs at festivals such as Reading and Leeds. As the service marks its tenth anniversary, we quizzed editor Dan Roberts on how new artists can best use the platform to help take their careers to the next level...

What is BBC Music Introducing?

We support the best, unsigned, undiscovered and under the radar music from across the UK. So any bands or artists who want to upload can do so regardless of whether they have a manager or plugger in place.

They add some info in, artist name, title name of the track and their post code, which will determine which local show it goes to.

So there are regional teams working for you?

Yes it means if an act uploads in York, then the team in York will pick it up, listen to it, and, if it’s good enough, they’ll play it on their show. If it’s really good, they might forward to our national team. This means it might be played by Huw Stephens on Radio 1 or Jo Whiley on Radio 2, or 6 Music with Steve Lamacq. Those shows pick up the best in new music from across the UK.

We also have other opportunities over the year including stages at Glastonbury, Reading and Leeds, Latitude. We’ve been at Creamfields and the Amsterdam Dance Event later this year. That’s how it can begin for new artists uploading their music.

For a new act, is there a good time for them to add their music?

It depends on each artist but timing has got to be right. You also need to be aware that we have over 190,000 artists uploaded with a total of 470,000 tracks in the uploader. So there is lots of competition.

It means on some occasions we have to go by the first 30 seconds of a song. If that’s not quite right, whether it’s not been finished or the songwriting isn’t quite on point, then it may go nowhere. It's probably best to come to us when you feel your song is ready for radio play.

So when you should you upload?

If you feel that a song has been worked on enough and ready for other other people to hear, then you should upload it.

It’s great to upload music early but we’re not here for artist development. We’re here to discover, support and champion the best new and exciting music, then from there everything falls into place. You need to think about it as a step that could lead to bigger and better things."

Don’t upload the only song you've written because if we love it, we’ll be looking for more music.

There’s more new music out there than ever - does this mean it's now tougher for new acts to succeed than before?

There’s certainly a lot of music. So for us, it’s exciting to hear new and fresh sounding artists.

What makes us at BBC Music Introducing sit up is when we hear something new, something that pushes the boundaries and doesn’t sound like everything else we’ve heard."

BBC Music Introducing is ten years old this year - is there still enough new music coming out to get excited about?

Definitely. Finding new music is my passion and there’s almost too much of it, that’s the problem. We love discovering those artists right at the start of their career, supporting them across the BBC and putting them in front of an audience.

Which BBC Music Introducing artist has been on the most interesting journey over the last few years?

Declan McKenna is a great example of someone who uploaded, played a session where he genuinely looks about 12, then he signed to Colombia Records, then did really well with his LP. Declan played Big Weekend and a couple of other festivals. Other bands like The Big Moon, they uploaded three or four years ago and just the other month had a Mercury nomination.

We love these stories and the uploader tracks all this information for us. It says when we first played them, when they first played a festival with us.

We want to give as many opportunities to these bands as possible so if there are festivals and events we can put a stage at, then we should do it. We need to represent the increasing amounts of music added to our system. The biggest challenge is keeping up with how many tracks we’re being sent.

Have you one piece of advice for new bands wanting to enhance their careers?

Practice, practice. Writing a good record is fantastic but it’s not necessarily all about album sales. Having a really strong live show is so important into building that fanbase.

New acts always need to say yes to any opportunity they get thrown even if it’s a local radio session at three in the morning. Every little bit of promo or blog piece, everything helps them at this stage of their career."

Rather than playing to two or three people it’ll be 200 or 300 people. Never say no to those smaller opportunities - as everything counts to build up your profile. You need to make those mistakes to be the best you can be. And the only way you make less mistakes, is to do plenty of them. To be successful as a band or solo artist, you need to write a good record, record a good record, play live on stage, get on well with a crowd and manage yourself as a brand. It’s the whole package that nowadays artists have to do single handedly from the offset.

If you are keen, willing, and have a record that sounds great on the radio, then we're more likely to support you.

October 9, 2017
Amplify your career
Back to Blog Home