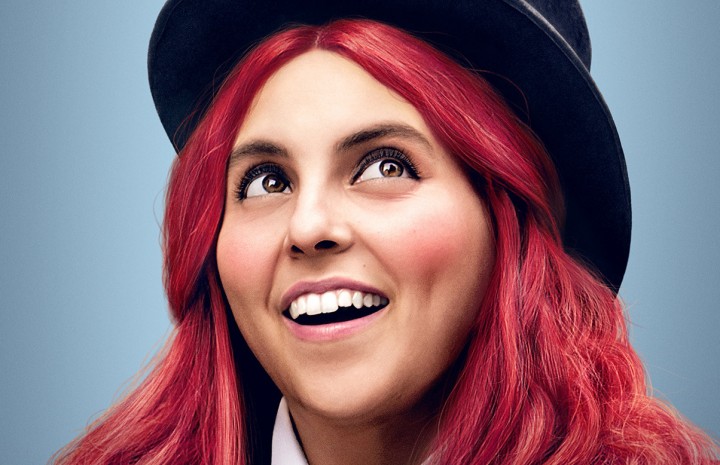 Kaity Rae, ICMP BA Songwriting alumna, has co-written and co-produced the title track for the hit film, ‘How To Build a Girl’.

Performed by London artist GIRLI, and co-produced with Run Wild Music’s James Sellers, the song is the title track for the new film starring Beanie Feldstein (pictured above).

Based on the book of the same name by British author and writer Caitlin Moran, the coming-of-age story explores her life and times as a teenager on her way to becoming a music journalist.

Commenting on the sync, Kaity said: “It was so great to get to write and co-produce the title track for this film!

GIRLI and I met at a writing camp a couple of months before, then I was lucky enough that she called me one morning asking if I’d be interested in having a go at writing the theme. I obviously said yes!

"I was meant to be writing with my best friend Lauren Deakin-Davies (also an amazing producer and writer) that day so she also joined the write and we wrote the song you can now hear at the end of the film!"

“The turnaround was on a pretty tight schedule, so we also asked Jamie Sellers to help with the production and mixing. We actually had a lot of input from the director Coky Giedroyc (Including lyrics changes, done by GIRLI while she was on holiday in Japan) who was really great to work with."

She continued: “It’s crazy how much more there is to think about when you’re writing for this format! Overall it was a fantastic experience and I’m so happy to have my first sync in this amazing feminist film.

Since completing her studies with us, Kaity has been busy working over a number of projects as a producer and writer, including collaborating with UK country sensations, The Shires.

Read our recent interview with Kaity and listen to the 'How To Build A Girl'  soundtrack below.

Check out our recent guide on how to land a music sync with the Delicious Digital music agency.