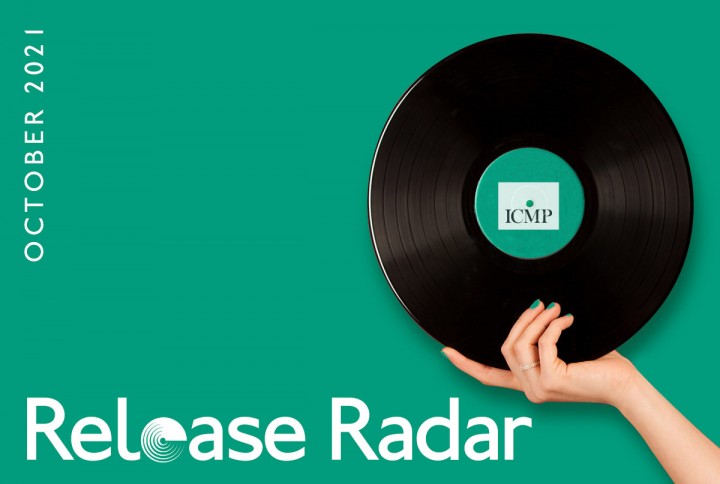 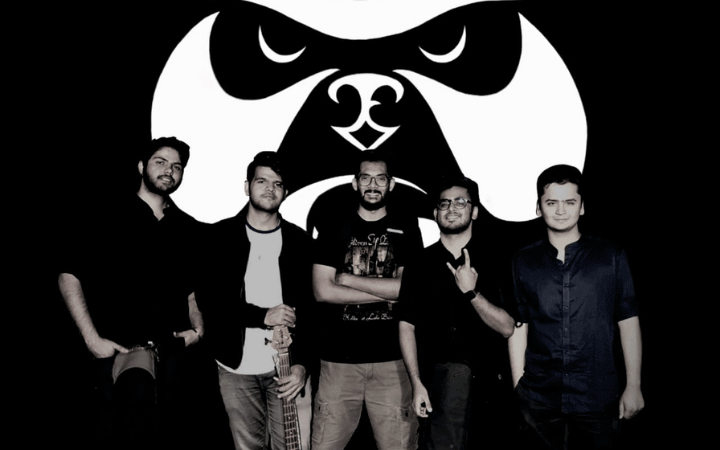 Monkey’s Can’t Fly is a Bangalore based Progressive/Hard Rock outfit, started by MA Popular Music Performance student Sarvesh Venkatesh, who are passionate about exploring new sounds and imbuing their musing with deep and meaningful lyrics.

Drawing influence from bands ranging all the way from Led Zeppelin to Tool, Monkey’s Can’t Fly aim to create music that is engaging and uses their lyrics to discuss deeply introspective topics.

Discussing their most recent release ‘All that’s Left to Blame’, Sarvesh said:

“This song is really special to our band because of the barriers we had to overcome during the process of writing, recording and mixing. Due to the restrictions of the ongoing COVID 19 pandemic, travel and study plans of band members, we really had to come together in the end to make this happen!”

The band worked with Astral studios for the production and mix of the track. 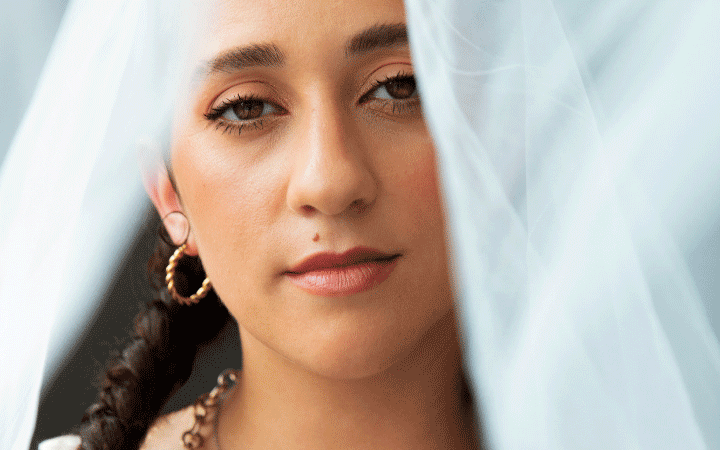 Born in Sesimbra, Constança Quinteiro has been singing and writing songs since 2008. She has since launched her career both as a solo artist and one half of indie pop/rock duo MEDVSA who were a finalist on the EDP Live Bands 2018 contest.

Feeling unsatisfied professionally and personally, Constança decided to change her life for good. She quit her job, found love, focused on her music, and moved to London to study a Higher Diploma in Music Performance at ICMP where she found herself as an artist.

In this EP the singer-songwriter tells her story and reveals who she is as a person and as an artist. A true example of change, strength, motivation, and emancipation. The start of her artistic journey.

Explaining what the EP means to her, Constança said:

“This is my story. It reveals who I am as a person and an artist. Four years ago my life went through a big change as I found love and decided to chase my dream, always with an open heart and ready to navigate through unknown waters with calm, joy and positivity. I hope that my story and music inspire people to change, to dream, and to fight for what really matters.”

BA Creative Music Production student Theo Vassiliades, known musically as Feral Ferrets is a 20-year-old electronic music producer and remixer. After being exposed to dubstep artists like Knife Party at aged 11 Theo became drawn to electronic music and became inspired to start producing his own.

Driven by a desire to have a strong signature sound and being able to refine his production skills at ICMP, his productions have grown in confidence and complexity.

Feral Ferrets’ solo EP ‘The Rescue’, is a self-written, mixed and mastered project drawing inspiration from not only his interest in dubstep but also the fantasy genre of film and TV.

Giving us further insight into the EP’s inspiration, Theo said:

“The fantasy vibe of the EP, especially the title track ‘The Rescue’, embodies the feeling of classic fantasy narratives while mixing in my love of EDM and Dubstep in particular. I wanted the tracks to give listeners that feeling of adventure! Inspirations were even taken from specific shows like the Shannara Chronicles TV show.” 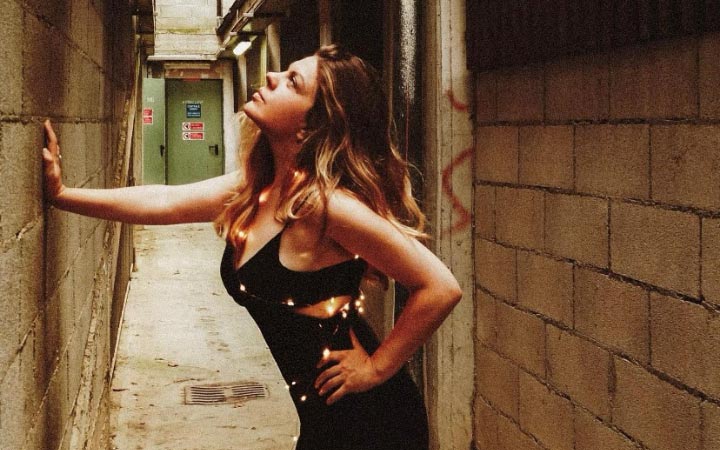 Corrina Taylor is a Singer/Songwriter from Cambridge. During her time studying on ICMP’s MA Songwriting course, Corrina won the Outstanding Student award at Graduation in 2020. As a musician she performs a mixture of folk/pop and electro/pop.

Her songs delve into her personal development and her relationships, using her own life experience to share stories that will help people better understand their own hearts.

Talking about her new track ‘A Million Lightbulbs’, Corrina said:

“This song is about finding myself in lockdown, in isolation in Italy. Learning to find happiness within, rather than seeking it from external things. The video is made of clips from the vlogs I made while I was there. It has been played on BBC Introducing by BBC Cambridgeshire and BBC Humberside 4 times.”

JESSI PE • I Will Never Give Up 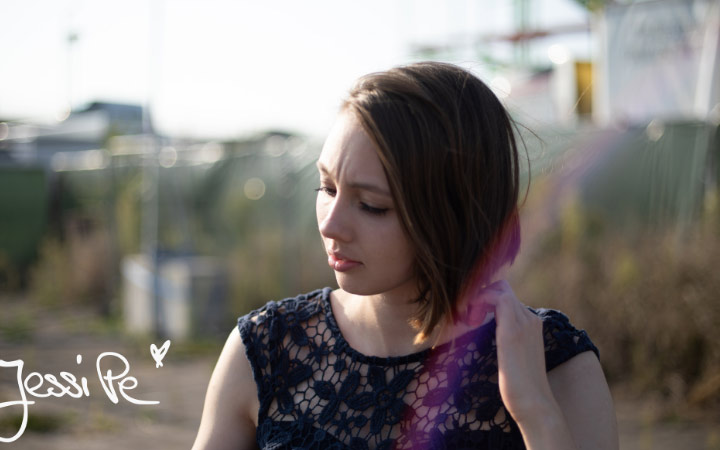 Jessi Pe is an up-and-coming artist carving her niche in the alt-pop sphere; originally from South Germany, but now making her way in London. Jessi grew up immersed in the world of musical theatre and started playing guitar as a child as a way of sharing her feelings through song.

She has shared her stories all over the world, from Spain, to Texas, and California, before settling in London in 2018, where she completed a BA (Hons) Songwriting degree at ICMP.

Inspired by the likes of Amy MacDonald, James Blunt, and Florence and the Machine, Jessi is carving her own path down the well-worn road of pop singer-songwriters. 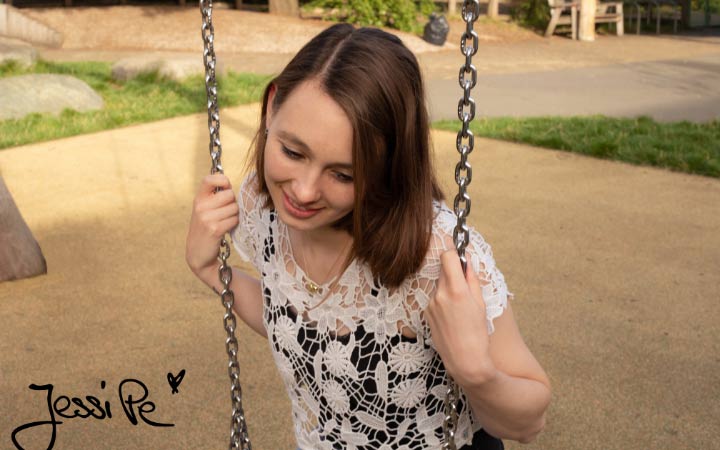 Her new track ‘I Will Never Give Up’ takes an important subject and serious song craft but dresses it up in the clothes of a pop anthem that you could hear filling venues from intimate dive bars right through to packed out stadiums. It had its radio debut on BBC Introducing on 12th September 2021.

‘I Will Never Give Up’ was produced by Lasse Corus and mixed by Michael Fink.

Jessi describes the song as:

“A mantra of encouragement to keep going, even when life feels like it’s not going anywhere”. 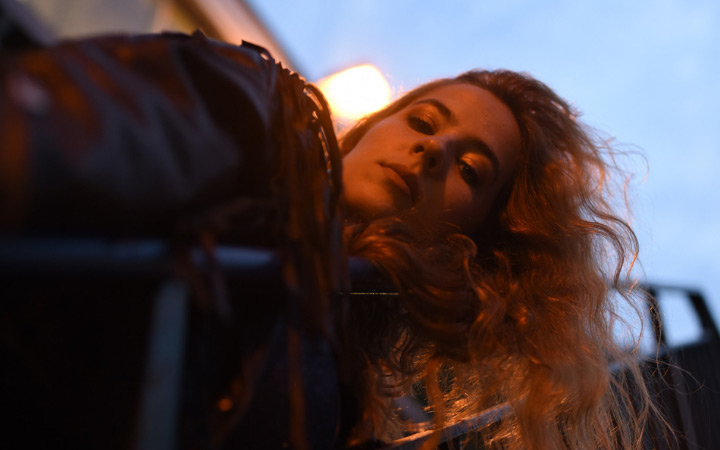 Raised in Israel by a South African mother and Israeli father, Zohar often incorporates sonic elements from her upbringing and surroundings in her songs. She shares her outlook on life as she questions the environment she grew up in, her sense of belonging, and her constant urge for escapism.

Zohar describes her new track ‘NUMB’ as her “post-apocalyptic power song”, shifting the mysteriously dramatic sound associated with Zohar’s music in a new direction. Filled with cinematic explosions, 1980’s rock guitars, and a futuristic flare, Zohar draws her listeners into a sonic world of escapism and powerful ambience. 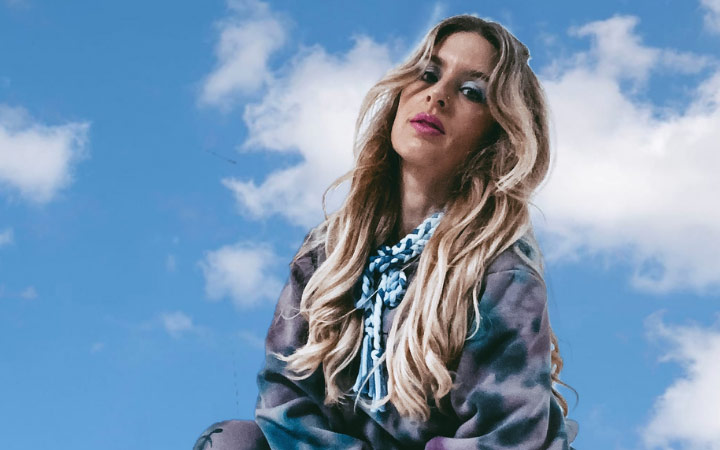 Genre bending artist, songwriter, and BA (Hons) Songwriting student Etoile, prides herself on breaking traditional stereotypes. Her evolution into musician from professional dancer and circus performer has allowed her to merge her talents into her music, artistry and live performances.

Etoile embraces her Australian/French heritage in her music, showcasing her bi-lingual upbringing by fusing french hooks with her Aussie rap style. Described by peers as electro-pop meets alternative hip hop, her influences range from Portishead and M.I.A to Massive Attack, Jamiroquai, Spearhead and Sade.

Her new track MOONLIGHT is completely written and produced by Etoile. It's a romantic alternative pop/RnB song about get busy under moonlight. A bi-lingual track incorporating a French pre-chorus and Etoile's signature rapping style in the outro.

A remix of Moonlight has also been released, mixed by Rabii in collaboration with Etoile.

LAURUSTA & THE DEAD DOGS • For Now I Watch Her Spaceship Disappear 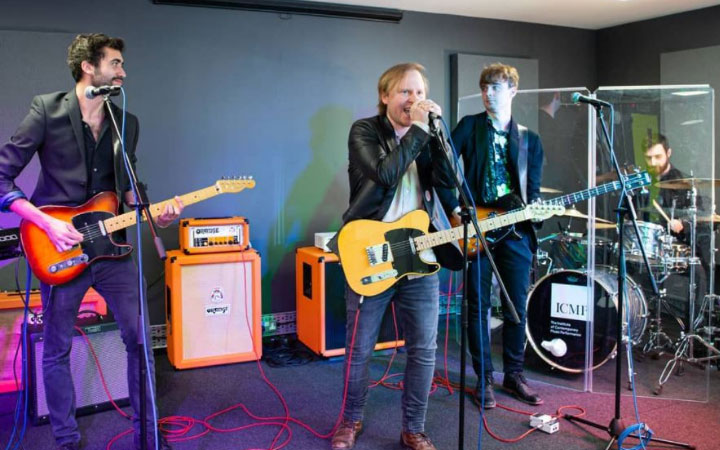 Originating in the small town of Möckmühl in South Germany, Larusta wrote and performed music as a solo artist for a while before relocating to London in autumn 2019, eager to find a band to perform alongside.

Larusta & The Dead Dogs are back with 'For Now I Watch Her Spaceship Disappear", their new melancholic and emotive “Folk-Rock / Rock-Singer-Songwriter” release.

Giving us an insight into the track’s meaning Larusta said:

“I wrote the track after saying goodbye to my girlfriend who was visiting me in London during a long-distance relationship. The song, produced by Patryk Marcyniuk and mastered at Abbey Road Studios by Andy Walter, captures this pure moment of sadness and longing.”

VIXEN X • Die for You 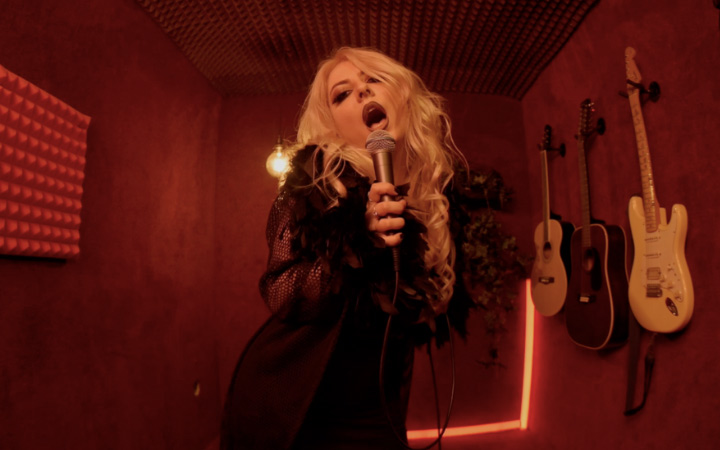 Vixen X is fronted by half-Russian, half-Moldovan singer Tatiana Marcov, who has always had a love for music, learning piano and guitar as a child. Following her passion, she moved to the UK three years ago to study music on ICMP’s BA (Hons) Songwriting. Originally self-conscious of her voice, the now frontwoman initially dreamt of songwriting for others, but having found her confidence and voice, she’s ready to kick ass.

Forming in 2019, Vixen X have already tackled the challenges of recording during a pandemic and now they’re ready to take on the world. Their debut single ‘Die For You’ has strong guitar riffs and a strong message that aims to empower women. Written just three weeks prior to recording, the instantly infectious track was produced by Justin Paul Hill, a former member of British metal band Sikth, who will also be working on the band’s debut EP.

Talking about ‘Die For You’ Tatiana explains:

“This empowering feminist rock track explores the daily struggles of women and is inspired by family members’ experiences of domestic violence. Die For You aims to empower any woman that has suffered at the hands of a man.”