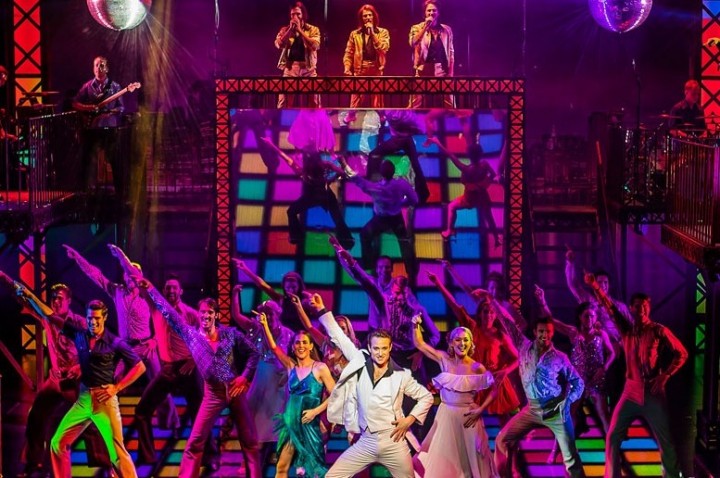 Congratulations to ICMP alumnus Oliver Thomson for landing the role of Bee Gee Robin Gibb in a new production of 'Saturday Night Fever'.

The production will tour the UK from 5th January in Oxford and take in dates in Manchester and Truro before arriving in London for an eight-week run at the Peacock Theatre in the capital's West End in February.

Oliver, an alumnus of ICMP's Higher Diploma and BMus in Popular Music Vocals, will play the role of Robin Gibb. Other actors performing as members of the Bee Gees include Jake Byrom and James Hudson.

Commenting on winning the role, Oliver said: "I'm absolutely buzzing to start touring! This is the biggest stage of my life since leaving ICMP!"

From graduating in 2014 I've gone on to perform all over the world on cruise ships and various production companies. I've played Frankie Valli in 'Bye Bye Baby', a touring Four Seasons tribute production."

Oliver has been represented by J North Associates in helping source new opportunities and roles.

He cites his time with ICMP as crucial for giving him the opportunity to hone his skills.

ICMP gave me the foundation and understanding for so many of the performance skills I have subsequently carried with me throughout my career."

"From Live Performance Workshops to singing techniques classes and Bandeoke nights, all of these have contributed and shaped the person I am today!"

Find out more and book tickets.