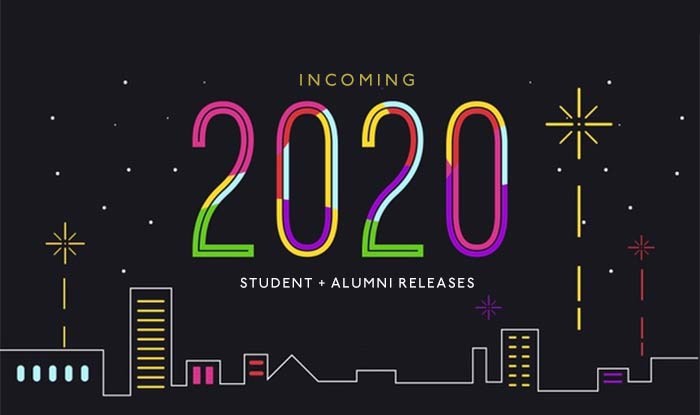 2019 has definitely been a glorious year for the ICMP community, with releases from numerous acts such as Pynch, The Kanz, Lina Simons, Must Be Miracles, Inbal and many more.

What's to look forward to in 2020? We asked our students and alumni to give us a taste of what releases to expect for the new year, as well as their favourite tracks/records from 2019... 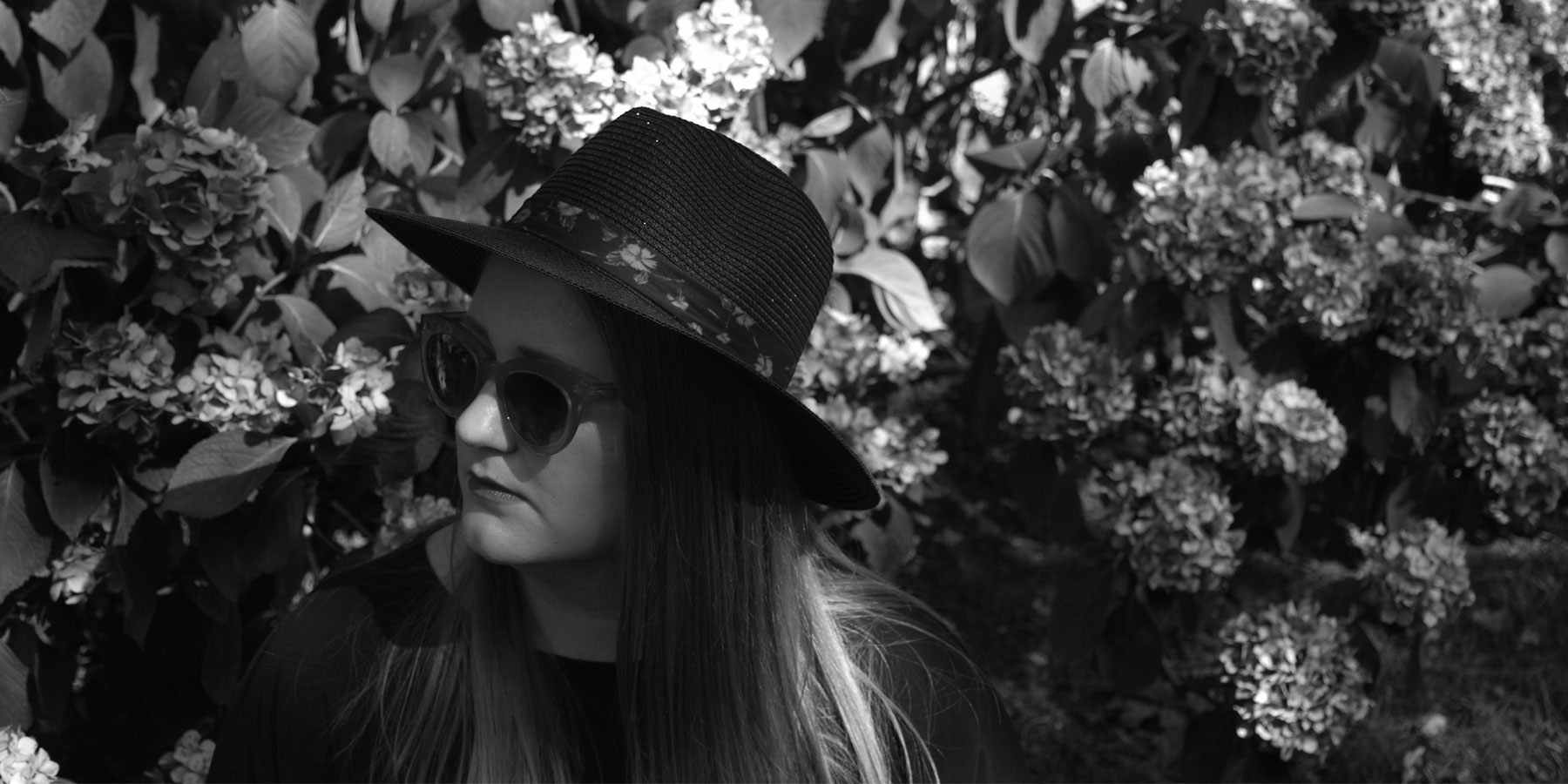 Who is Jasmin Butler?
London-based artist Jasmin is an MA Songwriting student who has played lead guitar and written for several bands, before beginning a new solo project in 2016. After gigging regularly over the past two years, Jasmin has released the first material from this new project in late 2019.

Jasmin’s songwriting draws on a wide base of artistic influences and is often described as sophisticated indie-folk or alternative. Overarching themes in her writing are varied, exploring socio-political and personal topics through detailed, questioning lyrics and memorable melodies. Influences are diverse, ranging from Yann Tiersen and Laura Viers to Elvis Costello, Aimee Mann and Elliott Smith, naming just a few.

What can we expect to hear in 2020?
My first EP 'Young Man's Game'  will be out very soon (early 2020). It will consist of five tracks written between 2017 and 2019 that explore diverse themes such as the climate emergency, the music industry, misogyny, and love. The first single 'Don't Let Go' will be out on January 24th.

When can we see you playing live?
My next gig will be at Paper Dress Vintage on January 23rd, and I'm planning to get some other ICMP talent to join me, so you better get your tickets. 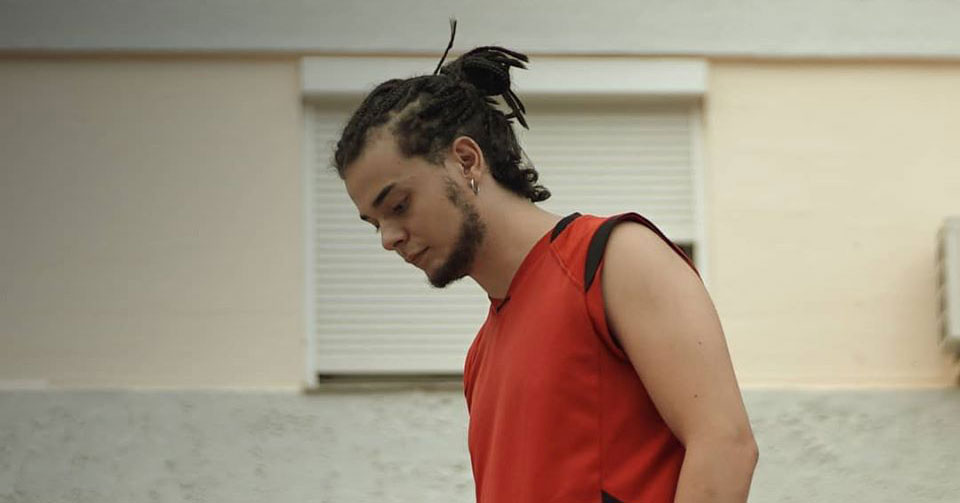 Who is L. Paul?
Originally from Sliema, Malta, L. Paul aka Paolo Licari started playing classical guitar at the age of 9. During his teenage years, he joined different alternative and indie rock bands and moved to different countries. At the age of 19 he moved to Barcelona, where he launched his solo career. He is now a Creative Music Production student at ICMP.

What can we expect to hear in 2020?
'Nen & The Flying Fishes'  is his first mixtape to be released next year. The tracks will be more electronically influenced and will contain features from international artists. The first single will come out in February.

When can we see you playing live?
I have a number of shows booked around Europe. I will be playing in London on March 12th and 15th.

What's your favourite 2019 release?
My favourite record of 2019 was 'All My Heroes Are Cornballs' by JPEGMAFIA. 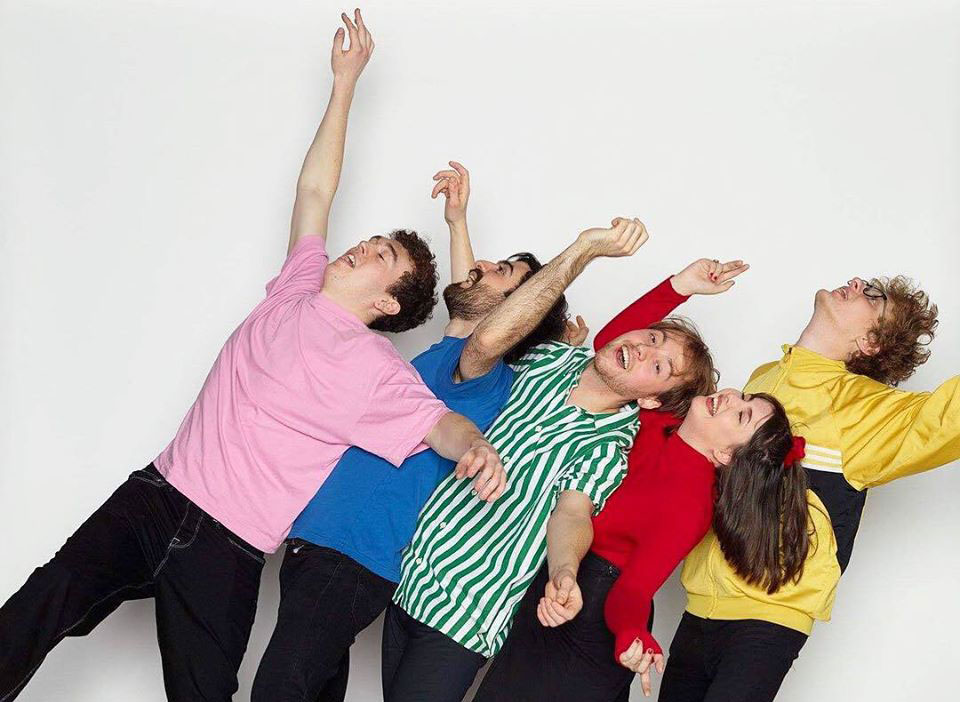 Who are Ruby Hive?
Ruby Hive is a quirky indie-pop band located in London, featuring BA Songwriting student Frida Mattson. With playful melodies and conversational lyrics with twists left and right, this 5-piece will rock your socks off!

What can we expect to hear in 2020?
We are very proud to be releasing our debut single in 2020. We don't have a date yet but should be quite early in the year!

When can we see you playing live?
After a number of amazing shows at the end of 2019 (including a Royal Albert Hall performance in front of 4000 people!!!), we are now planning for 2020. Keep checking our social media for regular updates! (links below)

What's your favourite 2019 release?
The best to have been released in 2019 was Rex Orange County’s album ‘Pony'. 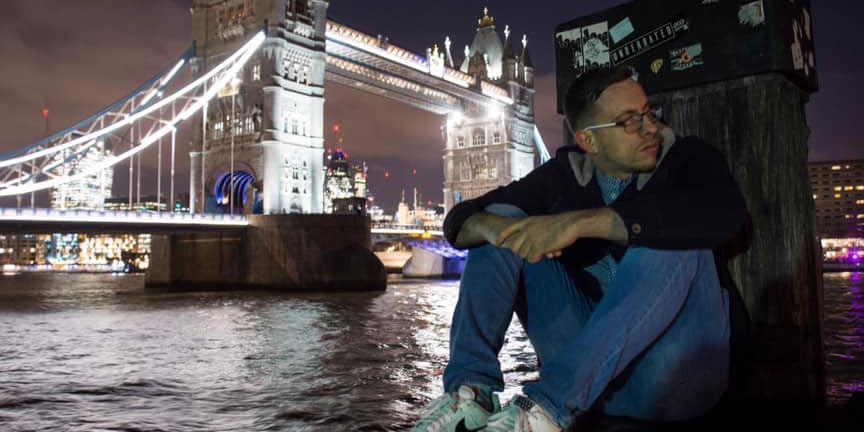 Who is Mister Lees?
Mister Lees (aka me, Joel Lees, BACMP student) is a Recording Artist and Music Producer from London who takes old school vibes to the next level! Specialising in pop music, he combines the modern pop sound with the feel of the 80's & 90's to create a nostalgic yet fresh vibe. If you are lucky enough to catch him live, Mister Lees will take you on a journey back to the '90s and then throw you back into the room again with his cleverly crafted selection of original material consisting of singing, rapping, breaks, and funky basslines. Mister Lees is the freshest artist in UK music and is 100% worthy of a spot on your playlists!

What can we expect to hear in 2020?
My EP, 'LDN', will be coming out in May 2020. It will boast a new style of garage music created by Mister Lees himself as he introduces the sounds of the 80’s and 90’s back into the UK music scene.

When can we see you playing live?
You can catch Mister Lees live on 7th February 2020 at The Underbelly of Hoxton in the quarterfinals of The Isle of Wight and Hotvox’s New Blood competition.

What's your favourite 2019 release?
Too many albums to say one. My favourite artist was Becky Hill. 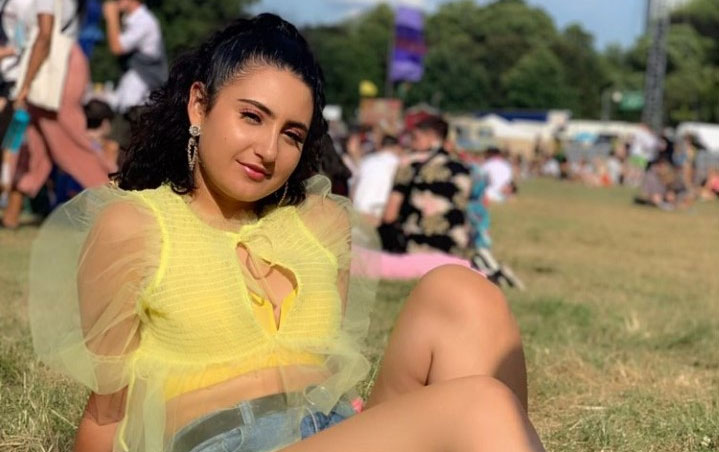 Who is Erin Ragavelas?
I’m a Creative Musicianship student and a singer-songwriter from London and am just starting off my career in the music business. My music inspiration varies from RnB, to jazz and then to all the old school music I’ve grown up to from my parents. I plan 2020 to be an important year for my music and can’t wait to see what happens!

What can we expect to hear in 2020?
This release is my first which I’ve worked on with Rory Harvey, another student at ICMP. This song is all about appreciating someone who treats you right. There are so many heartbreak songs, and while there are so many beautiful ones, I just thought why not change it up and write one about appreciation instead. 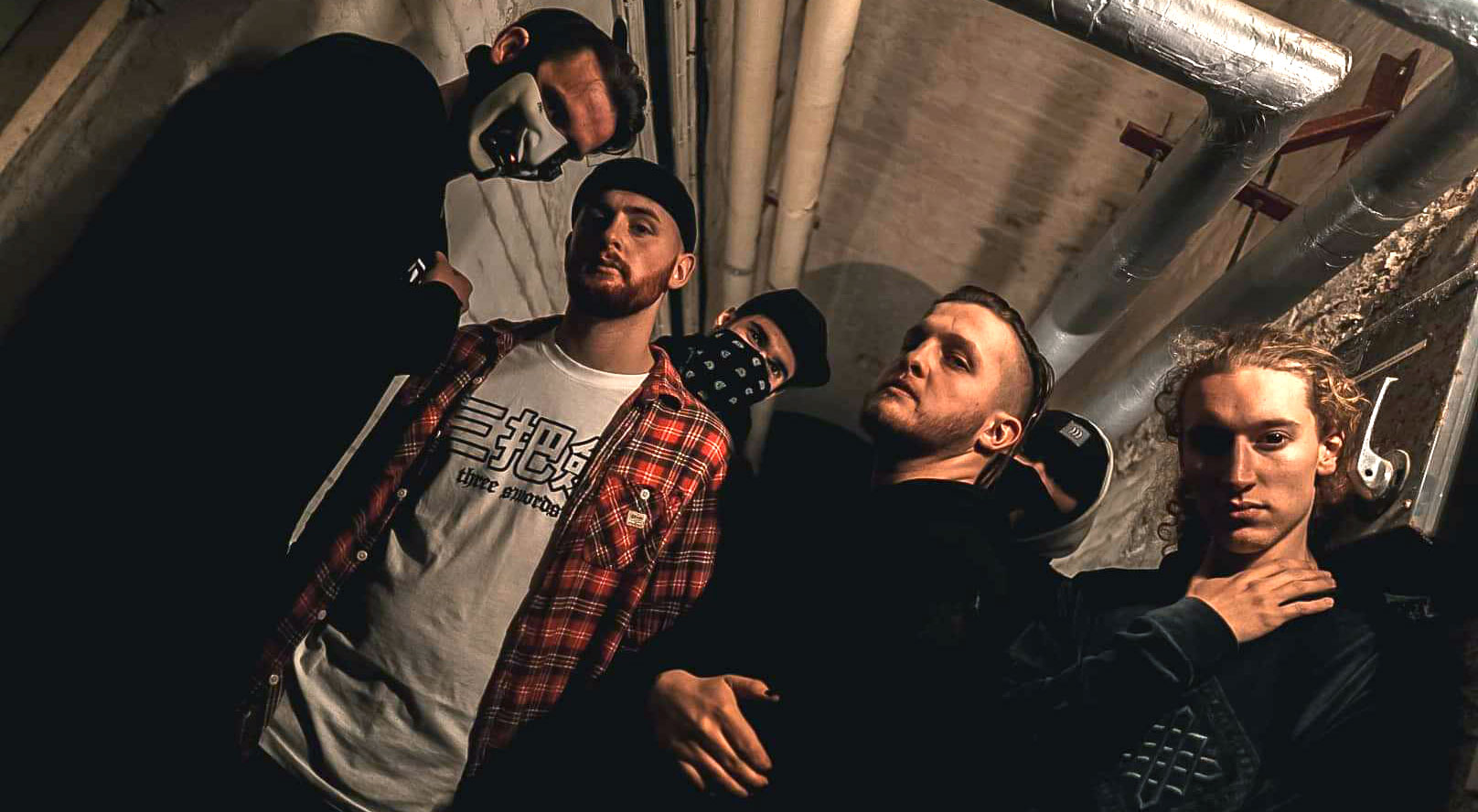 Who are Derelict?
Featuring various ICMP Music Business and Creative Musicianship students and alumni, Derelict is a progressive metalcore and deathcore band bringing in a new era of dark melodic music. The diverse six-piece outfit embodies its characters from the manga world, utilising the concept to develop a new level in their performance. “Not of this world, not of this life” is a phrase the band use to best describe their ominous and enigmatic persona. This world is derelict, but we are all invited to be a part of it.

What can we expect to hear in 2020?
We have three music videos that were filmed for tracks off of our debut full-length album. The release plan is due to begin in early 2020. Another two videos are yet to be shot with renowned videographer Gaz Davies in February of 2020.

The band also owns a clothing company, called DRLCT SUPPLY, as well as being involved with other activities, such as a studio, a management and promotion company under the name of MadDog.

What's your favourite 2019 release?
It has to be 'Alien' by Northlane. 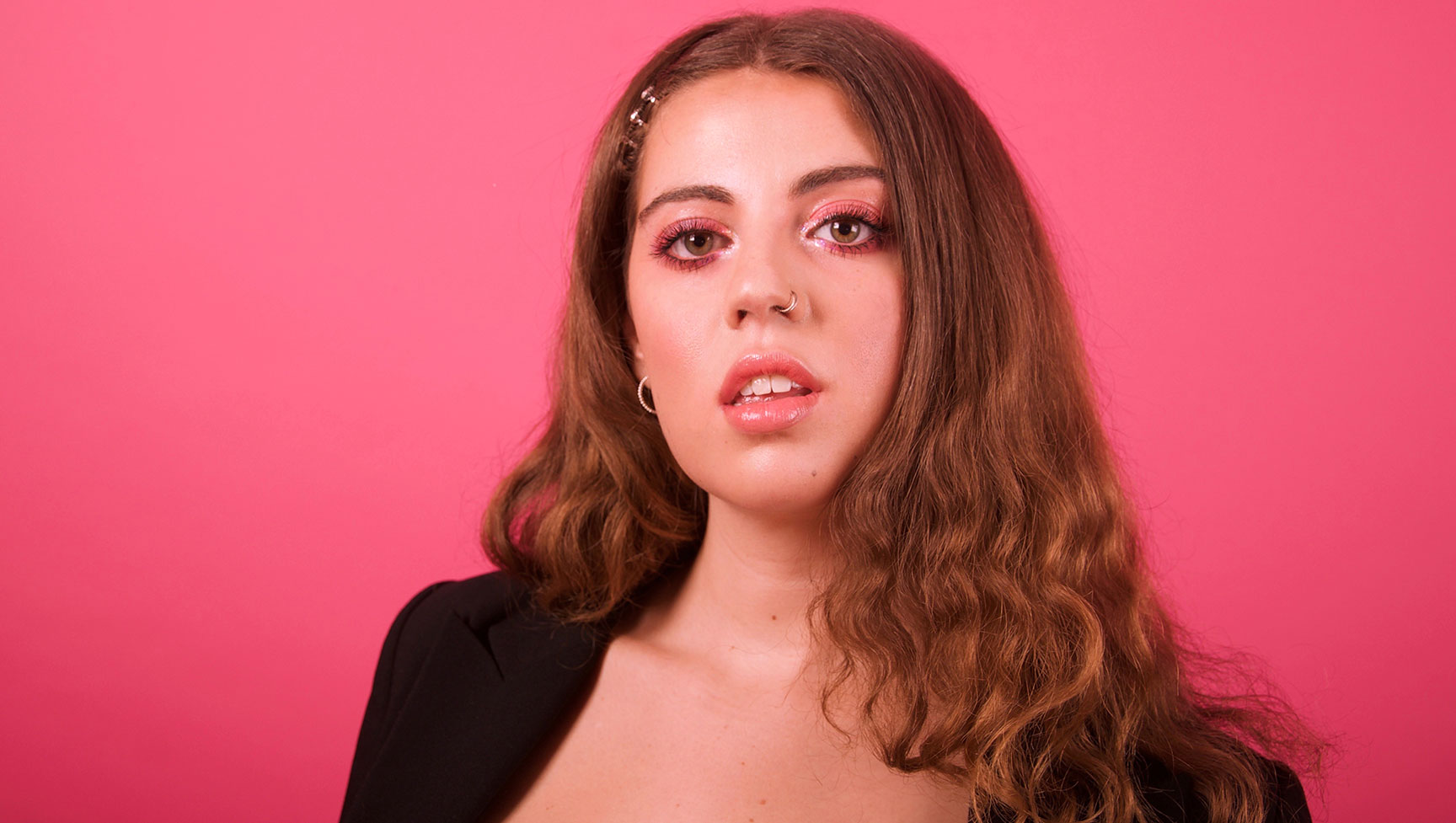 Who is Kitty Montague?
Kitty Montague (Higher Diploma in Music Performance alumna) is a London based singer-songwriter, fusing the lines of electro-pop with a soul-influenced vocal. The raw empathy with which Kitty demonstrates her understanding of the human condition is the focus of her songwriting; the temptations and triggers that dictate our behaviour and control our emotions. She is influenced by the originality of rare vocal tones, honest voices, and the poetry of provocative thought.

What can we expect to hear in 2020?
I’m incredibly excited to tell you that I am finally releasing my next single 'I Kissed You Politely' on January 10th! The track follows on from my debut single 'Kiss Chase', championing another message of female empowerment. The new single is inspired by all the empowered women who are tired of being agreeable. I wrote a fear-free song that rejects the need for approval; it's about choosing yourself, finding the strength to use your voice against forms of emotional control and coercion. You can pre-save the track here.

When can we see you playing live?
Working on it... Keep an eye out on my website to find out more.

We want to thank all artists involved and wish them a great well-deserved Xmas break. See you in 2020!

Let us know what you're up to!

If you're an ICMP student, alumn or tutor and have new music coming out anytime soon, please get in touch!
We are always happy to support you and share your new releases and career news with the rest of the ICMP community.