Our BMus in Popular Music Performance alumnus lets us in on his adventures within film and video game music... 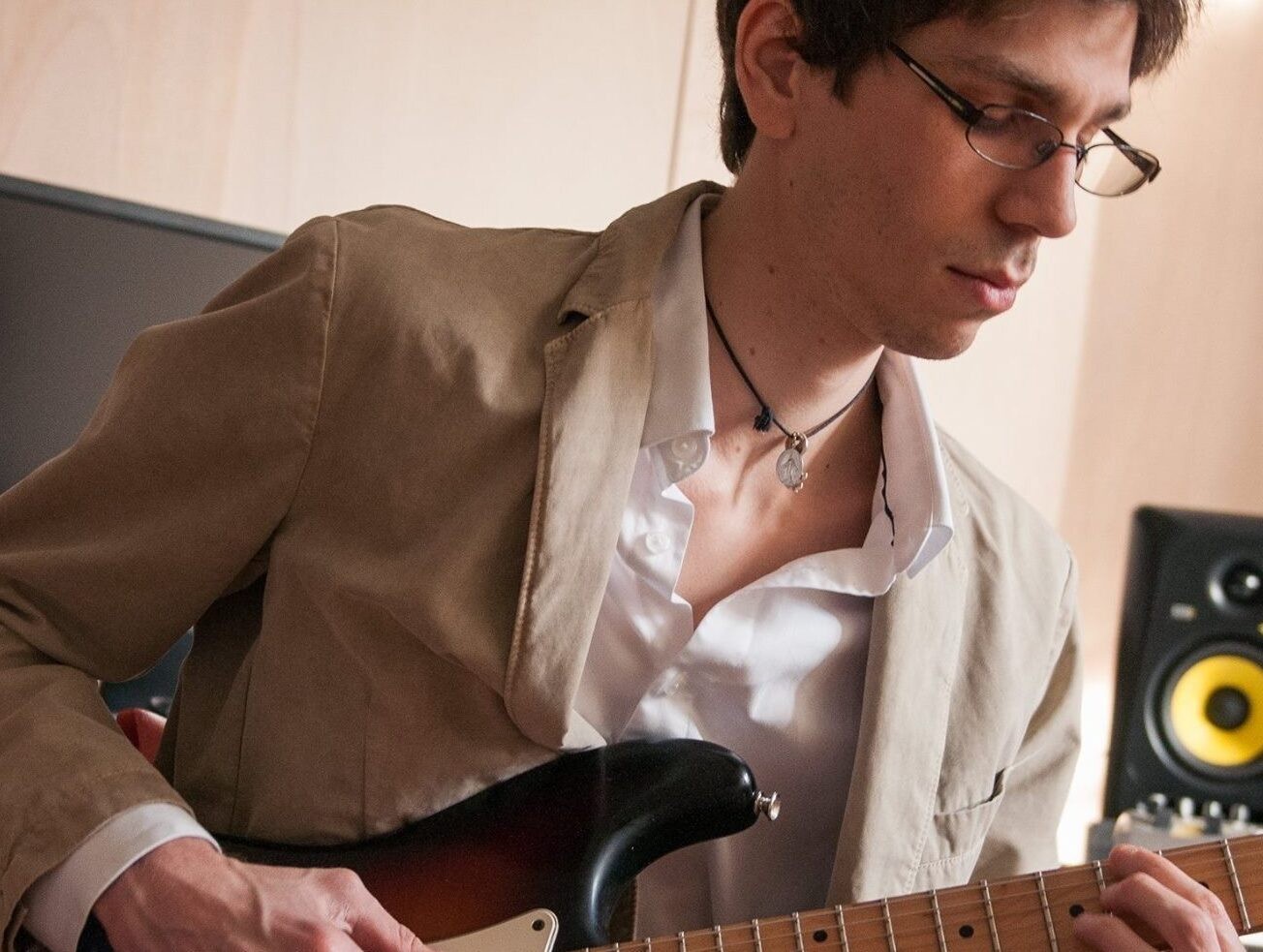 Video games are offering our music students plenty of musical opportunities with our BMus in Popular Music Performance alumnus Stefano Torchio among those taking advantage.

Originally joining us to study guitar, Stefano has since poured his energies into composing, working on projects for Xbox alongside campaigns for Ford and Dolce & Gabbana.

Here, we caught up with him to find out more about his musical adventures and how his time at ICMP has helped him push his music forward...

Could you talk about your early musical inspirations?

My musical turning point happened when I was 16. I remember my father gave me as a present the Made In Japan album by Deep Purple. I was really fascinated, and I literally listened to it for one month straight!

I then decided to start playing guitar even if though I couldn’t use my left index finger after I broke it playing basketball. It all started there and my biggest inspirations were Deep Purple, Jimi Hendrix and Stevie Ray Vaughan.

It all started in 2011 when I have been rejected by my hometown’s conservatoire. I decided to give myself another shot by trying to apply for something bigger such as ICMP.

It seemed to be the most promising choice and I wanted to educate myself in a different place to Italy. Fortunately, the audition went well, and I began my BMus course in guitar in 2012.

I lived some of the best years of my life at ICMP and I met incredible musicians and tutors. It was fundamental for me to be surrounded by people who had a real passion for music."

It was also inspiring to listen to the tutors who gave me a real expectations of what could come after studying. You need to have a long-term plan in order to be successful.

What was the most important thing you learned at ICMP?

There are plenty of things I learned from ICMP. I think the second year was really important because of the new interesting modules we had. I remember I enjoyed attending Maurizio Malagnini’s lessons about film scoring as well as Iain Scott’s lessons. Both helped me understand how a film composer should approach this hard business and how to deal with requests from editors.

I found it really useful to work during those years with my classmate Andrea Federici, trying to experiment and find interesting sounds to apply when scoring for a trailer or a movie.

Could you talk about what you did after you left ICMP? How did you find your way into the industry?

After finishing the BMus course at ICMP I decided to go back to Italy for a while. My plan was to be apply for the Master Course in Composition for Screen at the Royal College of Music. In order to achieve it, I had private lessons with Andrea Grant, Beniamino Calciati and Maurizio Malagnini regarding both classical composition and film scoring.

In the meantime, I was teaching guitar in my hometown so I could upgrade my equipment and save money to sustain my future London life. I also worked with Dolce & Gabbana, different production companies and directors to gain experience. In 2019 I felt “ready” for my breakthrough and managed to pass the audition at the Royal College of Music with a merit scholarship.

Before going back to London, I decided to test myself again and I sent an email with two demos to seven of the best trailer companies in Los Angeles. I received positive feedback from everyone, but I decided to accept offers from Really Slow Motion and Giant Apes because of the prestige the companies have.

What projects have you worked on?

At the beginning of my composer career, I worked on a lot of short student movies. It helped me to try to find what I like and how to combine music to images. It became more serious when I had to provide music to the Dolce & Gabbana Fall/Winter 2017 campaign. It was the most rewarding experience I had that helped me to get noticed by directors and movie companies.

Could you talk about your recent Xbox success? How did this opportunity come about?

At the beginning of the first lockdown in March 2020 I received a brief from Really Slow Motion and Giant Apes.

It was interesting because I had to come up with a cue that had orchestration and eighties synths. I remember Rain Ventsel (Giant Apes’ owner and Really Slow Motion editor) was happy with the final result which is the most important thing. In May 2021 I received a call asking me to create a custom horror revision of the 'Itsy Bitsy Spider' theme and, with incredible surprise, I noticed that throughout the trailer my cue has been used. I then received confirmation that it was for the Grounded Trailer Campaign for the Xbox Showcase and it has been really an emotional experience to have my music feature.

What would be your advice for aspiring screen composers?

The easy answer is work! I mean … it is never a matter of luck or just talent. Situations can help for sure, but you need to have a strong background and passion for what you do. But the best advice I can give would be to be respectful and open-minded!

Sometimes editors or directors “destroy” your work because it is not what they are looking for or it is not produced well. You need to understand that it leads for a better result and listening to good criticism is always useful."

Just because you spent days on a project does not mean it is perfect and you need to work with it.

What projects are you working on next?

At the moment I am still working for Really Slow Motion and Giant Apes and waiting for a few movie projects to start. In the meantime, I am receiving university teaching offers which means that I am heading in the right direction. But I am never satisfied and I will keep on working for more and improving my skills.

The BA (Hons) Music Produciton for Film, TV and Games has been designed for those looking to explore the world of music composition, production and creative techniques used alongside the moving image.

Applications are currently open, find out more about the course here.

by ICMP staff writer
July 7, 2021
Creators
Back to Blog Home