We learn how our alumnus has lit up Hollywood's silverscreen with his brilliant compositions... 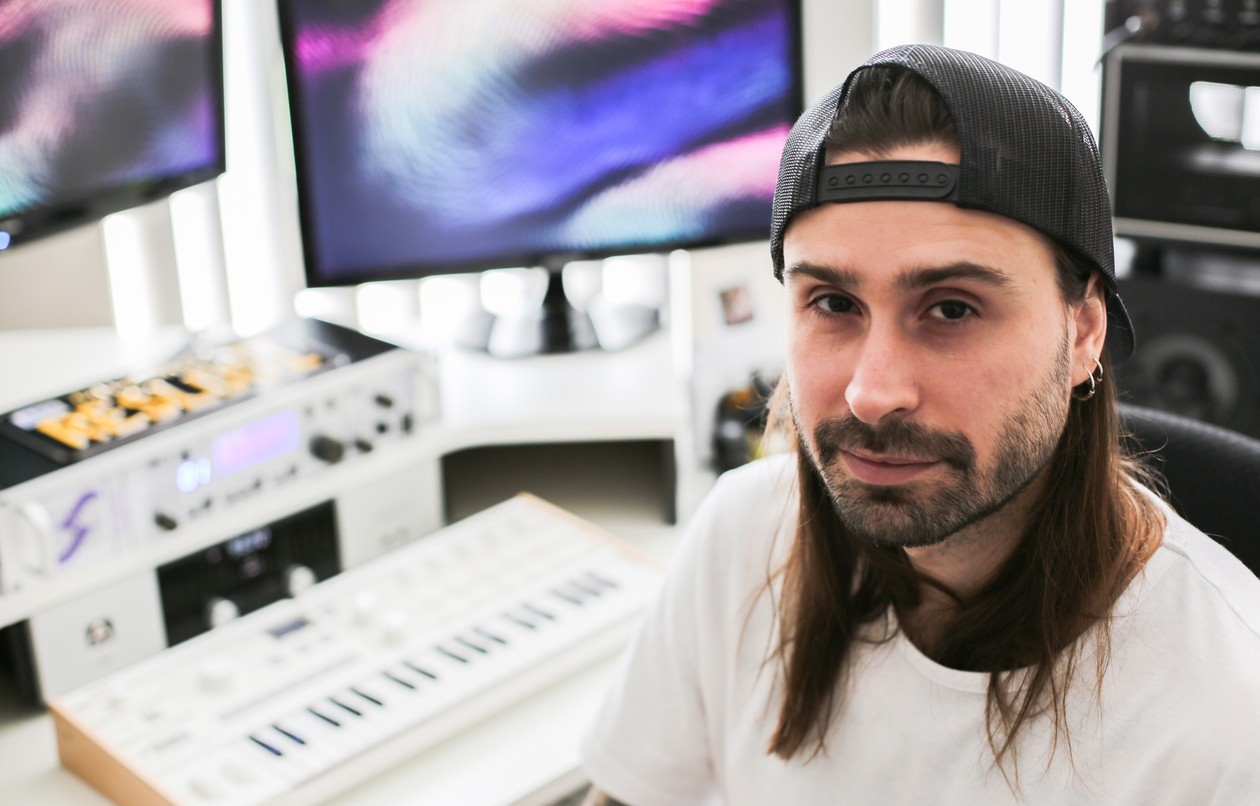 ICMP alumnus Agus Gonzalez-Lancharro has enjoyed some spectacular success since leaving us.

Originally joining to study guitar, it was during his second year that he fell into the world of film music composition thanks to a connection with ICMP tutor and composer Maurizio Malagnini.

After beginning his career as a session guitarist, eventually Agus' love for film took over. He moved to LA, established his own Really Slow Motion company and worked on music for a variety of top blockbusters including 'World War Z', 'Pacific Rim', 'Star Trek Into Darkness' and many more.

In our new interview, we caught up with him to discover how he made the move to Hollywood and his essential advice for any aspiring film composers...

What led you to film composition?

I studied guitar at ICMP. I did the diploma first, then the degree. In the second year of this, we had an arranging and composition module and I really enjoyed it. We had to come up with an arrangement for Muse’s ‘Supermassive Black Hole’, then we were given some film footage and we had to provide a score for it. I was just enjoying this music and this new, exciting way of working and writing.

Then Maurizio invited me to his studio to teach me further. I was loving playing guitar for various artists, then pursuing this love of composition - and there came a point where this latter love just took over for me in terms of jobs and opportunities.

Were there any inspirational scores/compositions?

Film music has been with me since I was kid and I'd never even thought about it. For example, I was born in the early eighties, so in the late eightes/early nineties, I was exposed to Disney films like ‘Aladdin’, classics like ‘Jurassic Park’.

Those scores are very prominent and have a lot of character. I was only a kid back then but I always enjoyed those movies because of the music - so it was within me without even knowing about it.

This passion for composition and film music had been sleeping inside for many years and these lessons brought it all out."

What were the benefits of studying film music at ICMP?

For me it was to get into the mood of music 24/7, and a great way to focus on the craft. It was very inspiring to talk to all the people around me who were just as passionate about music as me.

It helped me take my music up a level from what I'd been doing at home in Barcelona. I could put everything aside and focus on building a music career surrounded by these world-class tutors and inspiring students.

After you finished your studies, what did you do?

There was one massive turning point. For the first few years I was just trying to pay my bills, working on whatever would come along, ads and these never-ending short films that I would do for next to nothing. These projects wouldn't get me anywhere but they'd be useful to just develop my craft and work in a professional environment.

I was just thinking of how I could break into the industry while I was scrolling through YouTube and I discovered trailer music, music for marketing and licensing.

With my experience of playing the guitar for different clients and doing gigs, plus my newly discovered passion for scoring, coming across this world showed me I could blend the commercial with my creativity. This could be a way of getting into bigger scoring projects without keeping my fingers crossed about bumping into Spielberg and him inviting me to do a gig. I was really pleased to discover a direction I could push hard in.

Have you advice for aspiring composers?

There are many things you shouldn’t do - like being too pushy or too demanding. And it's common sense you shouldn’t do this. Keep in mind you need to be nice and polite. Good vibes should always be in place.

The main thing for composers and artists is not to get attached to your music. Just because you've spent time writing it, this doesn't mean your client is going to love it - or that it is right for a particular project. So, if a client is listening and they don’t like it - listen to their feedback and be humble. Never think you’re superior to anyone else. There’s always something you can learn.

Communication is some more advice for students - how you present yourself and how you communicate with other people is an important consideration and can mean the difference between getting a job and not getting it.

What have been your favourite projects to work on?

I have many - it’s always nice to be involved in something like ‘Star Wars’, something that everyone knows and has been a massive part of popular culture.

But I think the most important one was ‘Captain America The Winter Solider’.  It was first shown at the 2014 Superbowl, we were working on it for like six or seven months and it was hard work. It was the first one we did from scratch, tailored to the client's needs, the first one I did for a big movie to spec and working with a client.

It was very successful, and watching it on the Super Bowl along with 300 million people around the world was amazing. It led to repeated call backs.

What is your work flow on a project?

The only difference is the deadline. But in the world I work in, there isn’t usually a deadline. You just need to do it as fast as possible and as good as you can get it.

We try to to come up with something as fast as we can and make it as great as we can. I never ask about budgets, ever. I just try to lay down a plan of work - this is what we’re going to do and when we will submit it by. It doesn’t matter what day or time it is.

I think I’ve worked the past Christmas Day for the last ten years. It doesn’t matter - you get the call, you have to deliver. You’re always ready to go."

How important are networks in getting repeat work?

The funny story is that when I started doing this kind of music for movies I had zero contacts but I thought the music was good enough for people to hear and love.

I would call and email and would get ignored but I was convinced people had to hear it. So I came to LA with 10 pen drives full of music. It meant I could only give 10 away so I kept my fingers crossed that it would be the right 10 people who I would meet.

I was really lucky and one person heard it, loved it, and spread the word. Those who had originally ignored my calls and emails, they ended up coming to me for my music. Everything came after that - some people call it luck but I don’t believe it - It was a 10 year overnight success.

Do you have some essential equipment?

My studio is very basic as I'm not a gear nerd. I don’t need to post my fancy studio on social media. My sound card is a 2013 Apogee Symphony and headphones are Beyerdynamic DT 990Pro.

But for many years, I was doing triple A blockbuster films with Apple headphones and a laptop, nothing else - that was fine for me for the first couple of years in this world.

You just need to work with whatever you have and learn to make the best of it. Gear will only get you so far."

How have you found lockdown?

Well, us film composers hide in our rooms quite often so in that sense it’s been similar to normal. I’ve been enjoying playing guitar now more - and that has been very inspiring - but my life hasn’t changed too much!

Visit reallyslowmotion.com to find out more. Watch the trailer to 'Beauty and the Beast' below:

by Jim Ottewill
February 26, 2021
Creators
Back to Blog Home