Interview: Fire In Her Eyes

We take a trip inside the world of psych-pop trio and ICMP student/alumna band, Fire In Her Eyes... 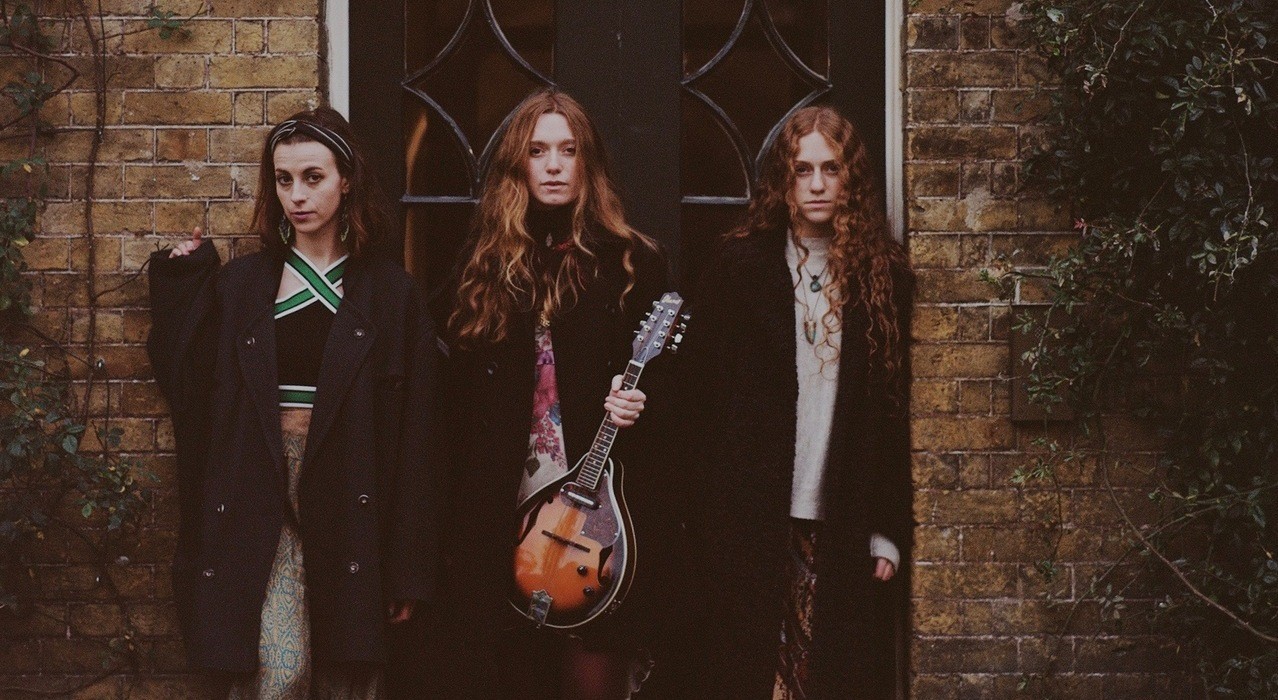 Featuring sisters and best friends, Daniella, Gabrielle and Natasha, Fire In Her Eyes are one of the most promising new talents to recently emerge from ICMP's musical community.

Drawing on a vast array of influences, and blending them into an arresting take on psych-pop, the trio feature two BA Songwriting alumnae Daniella and Gabrielle while Natasha is studying the BA Creative Musicianship course.

Alongside their studies, the three-piece have been picking up plaudits over a string of releases including the brilliant 'Aladdin's Cave' as well as winning a support slot with ICMP tutor Lisa Canny at her recent London show.

Ahead of new music releases and London gigs at the Rocksteady on Saturday 29th February and at The Half Moon on 10th March, we caught up with the band to find out more about them and their music...

How did you the band get together?

We’ve all been making music together as a collective for most of our lives (Daniella and Natasha are sisters while Daniella and Gabrielle have been friends since the age of seven).

When we were writing songs at the beginning, it was mostly us singing in unison alongside Daniella on the piano. We started by adding demos to SoundCloud, then we were randomly asked by a musician called Jordan Jackson to support her.

A few old school friends mentioned ICMP to us and, as we were looking for a popular music school to go to for uni, Daniella and Gabrielle decided to check it out.

As soon as we walked in the building, ICMP just felt like the right place for us. The teachers seemed friendly and the facilities were really appealing."

What's been the best thing about studying music in London?

Probably the thriving music scene; it’s been great meeting so many new people at different gigs around London and making contacts to get us gigging slots.

Could you talk a little about Fire In Her Eyes - what was the motivation to release music as a group?

Well as we’ve mentioned, we’ve all been making music together for most of our lives and naturally started writing songs together as a three-piece in early 2016 alongside our first gig.

Our motivation to release music is to share our message and enable other people to feel what we feel creatively.

How do you write your music?

Our creative process varies. In terms of the themes and lyrics for our songs, we get inspiration from a variety of places: our own life experiences such as travelling, nature, music from other cultures etc.

In terms of the music itself, we sometimes jam vocal melodies over a riff or chords, but we also mess around with different instrumental set ups for new ideas.

Your single 'Presenting' was mastered at Abbey Road - how did this come about?

We reached out to Abbey Road for the mastering of ‘Presenting’ and did the same for our newest single, ‘Aladdin’s Cave'.

We loved working with Alex Gordon, one of the mastering engineers at Abbey Road, and learned a lot from him."

What has been keeping you busy? And what's next for you?

We’ve been busy recording a video of us performing our live set which we’re going to send off to lots of different music festivals in the UK and abroad. We’ve also been working on a few different recordings that we’re planning to release in the new year. We also had a few really successful gigs last week: one at the Troubadour and one supporting Lisa Canny at her sold out show at 229. We’re planning to release two more singles and do some more recordings very soon...

What's been the best piece of advice you've received since starting out on your musical career?

Work on music that you truly feel in the moment as you can then put your all into it.

Have you any advice for aspiring music makers or artists?

Have faith in your music. If you don’t 100 percent believe in yourself, other people probably won’t either.

Invest in your project, especially when it comes to promotion as boosting posts on Instagram and Facebook, for example, can gain you a lot of exposure and help you pick up new fans.

Visit fireinhereyes.co.uk to find out more.

Call our friendly Admissions team on 020 7328 0222 or via email enquiries@icmp.ac.uk and start your music career today.

by Jim Ottewill
January 27, 2020
Creators
Back to Blog Home