Our BA Creative Musicianship tutor tells us how the harp powers her blend of Irish trad and pop... 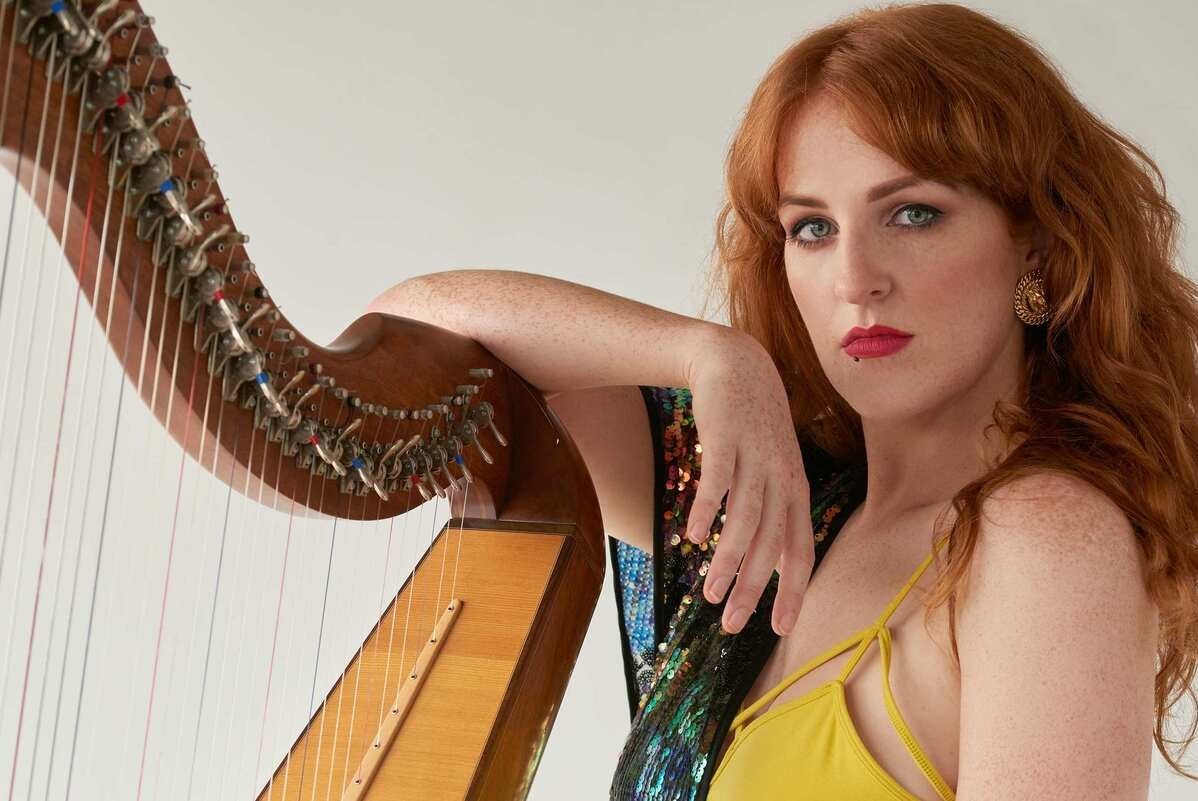 Hailing from County Mayo in Ireland, Lisa is a virtuoso harp and banjo player, honing her skills in the trad circuit of her homeland before taking on the world of contemporary pop with an unmatched energy and style.  Having toured much of the world and earned a BA in Irish Music and Dance and a MA in Ethnomusicology, she's written with many of pop's best writers and is now gearing up for a debut album, potentially due to be unleashed in 2020.

Lisa's next live show comes this Thursday (12th December) at London's 229 venue with support from ICMP affiliated act, Fire In Her Eyes, a group chosen after a performance slot was offered to the ICMP community.

Ahead of the sold out gig, we quizzed Lisa on her musical roots, her unique blend of trad and pop and how her ICMP teaching helps her create her music...

How did you begin your musical adventures?

I started playing the banjo when I was four, then the harp a couple of years later. Ireland has a rich history of traditional music and a community alongside it.

So I grew up immersed in it. I would go to weekly music classes and there were annual competitions which were a big part of it as well. They were obviously very competitive but really social occasions.

So you started out in this world of traditional music?

Yes there are these competitions across various age groups. If you win, then you get into these All Ireland rounds. It starts to open doors the older you get and the more you work your way up. People keep an eye on who wins - it gives you a profile. I won seven of them during my competing years. Then I won the senior and got a call to audition for my first show a month later.

The next stage was working and touring on shows which came out of the Riverdance phenomena. I toured the US for about six years with different productions including Celtic Crossroads and The Young Irelanders.

How did you steer your music into contemporary sounds?

At the same time I was doing a music degree and a masters. So it was only after I'd completed these studies that I started looking beyond trad and exploring my own music and songs. It was then that I realised I was writing contemporary pop music.

I was spotted by Miles Copeland, Stewart’s brother [and the Police's manager] at a gig in LA. He took me under his wing for a couple of months and brought me to ASCAP’s annual songwriters retreat in a castle in France. In a castle!"

That was my first experience of songwriting with people like Hillary Lindsey, Mike Posner, the Kasier Chiefs, all in this amazing setting.

I spent ten days watching them write hit songs. And it really had an impact on me. I had thought about a PhD but then I thought I should explore songwriting more as I’d been given this chance. I went back to Ireland, started lecturing and working on my own music and began to tour in 2015.

Was it hard to break free from the traditional upbringing?

It was hard to find a contemporary audience as I was well known in that scene. In the first few gigs I did, there were a lot of people disappointed that I was performing more trad songs, more Irish music.

That started to plant the idea to move in my head. I had signed up with a publisher in Nashville but they had an office in London too. So I was travelling to England all the time writing. I also went on one more tour with an Irish show and didn’t really enjoy it. I took this as a sign that this part of my musical journey was over. So I decided to move to London. For a 26 year old wanting to move into pop, I didn’t feel like Ireland was the place to be. I made the move and after three years, I’ve been in and out of various deals but now I'm back to doing things myself.

Where are you at with your music?

We’ve just do a European tour with many sold out dates. But release wise, I've done a single, an EP but I'm yet to release an album. I've been working towards this for three years - I've got more than 100 songs written and demoed but I'm struggling to work out what I want to release. I work across genres which is great live but doesn't translate so well into an album.

Has being independent freed you up creatively and the right route for an artist like you?

Yes for me it seems to be the right move at this point.

I think it's a really sensible move, particularly if you understand the business side of the industry. As long as you have a sensible head on, you have the know how, the networking skills, then it makes total sense."

There are lots of different types of artists. I have friends who don’t know how to write a formal email but who are amazing at writing songs. For them, they should just focus on the music and nothing else. But I’ve always been disciplined and organised and can do it myself. I’ve had many offers from managers and smaller labels during the last three years but when it gets to the detail, they’re not offering me anything I can’t do myself.

At the same time, if you get a great label or manager interested they might be able to help you hugely. It’s about finding the right one for you.

What led you to teach at ICMP?

My Nashville publisher set me up on a songwriting session with Jonathan Whiskerd. That was our first meeting some years ago. I turned up at his house, we sat down and wrote one of my best songs. 'Painted By You' , which won the UK's Future Music Songwriting Competition in 2017. It was crazy as it was the first song we wrote together.

But we connected from the get go, became great friends and I told Jonathan about lecturing. A few weeks later I was at ICMP.

I have had lots of experience teaching music. I started teaching as a teenager, educating harpists and banjo players. I'm very comfortable in this space and ICMP really suits me. I love teaching on the BA Creative Musicianship, songwriting and sometimes the BMus.

What is your top piece of advice for emerging songwriters?

My main things would be to work hard, stay positive and always strive to be better.

You offered a support slot to your next London gig to ICMP students - who has won the opportunity and why?

Fire In Her Eyes. I heard their music and was immediately blown away. Their musicality and music making skill is brilliant. They’ve got something unique and beautiful about their songs and music and I'm so delighted to have them support me at my sold out show this Thursday at 229 (12th December).

Visit Lisa's website for more information. Watch Lisa and her band perform M.I.A's 'Paper Planes' and look out for new music and live performances from her in 2020...

Our Admissions Team are on hand to help you, call them on 020 7328 0222 or email enquiries@icmp.ac.uk. You can also book a place on our next Open Day.

by Jim Ottewill
December 10, 2019
ICMP Life
Back to Blog Home