As part of our series exploring careers in music, we look at five routes open to those keen to explore some of the best roles in music production... 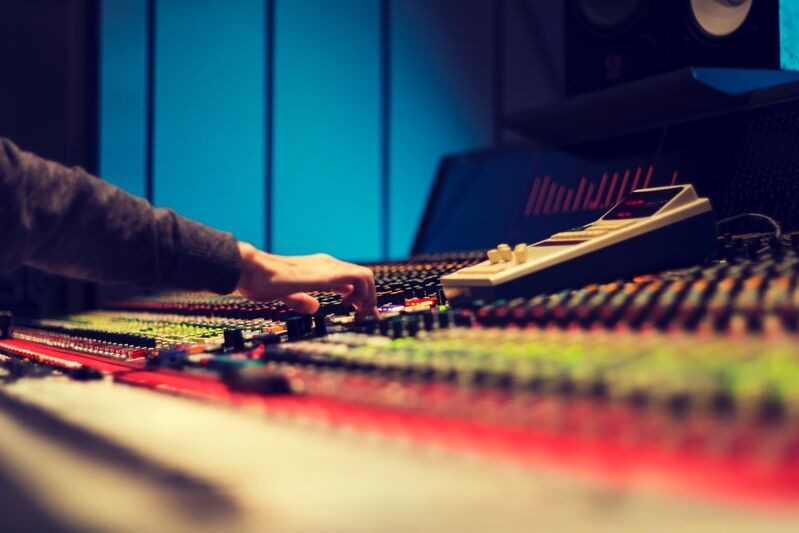 Studying music is an excellent way to prepare oneself for a career in the creative industries. From the studio to the stage, musicianship plays an integral role in a variety of vocations.

Music students will graduate with a deep understanding of the creative process, the articulation and development of complex concepts, and the curating and compiling of portfolios. They are comfortable with taking and receiving constructive criticism, working to creative briefs, and promoting their endeavours online.

Music graduates are passionate and diligent creators, working in the fields of performance, composition, production, education and across other industries. The technical skills and emotional intelligence needed to operate in the field provides graduates with versatile abilities that are transferrable to any vocation.

Here are some of the careers you can explore in the world of music production: 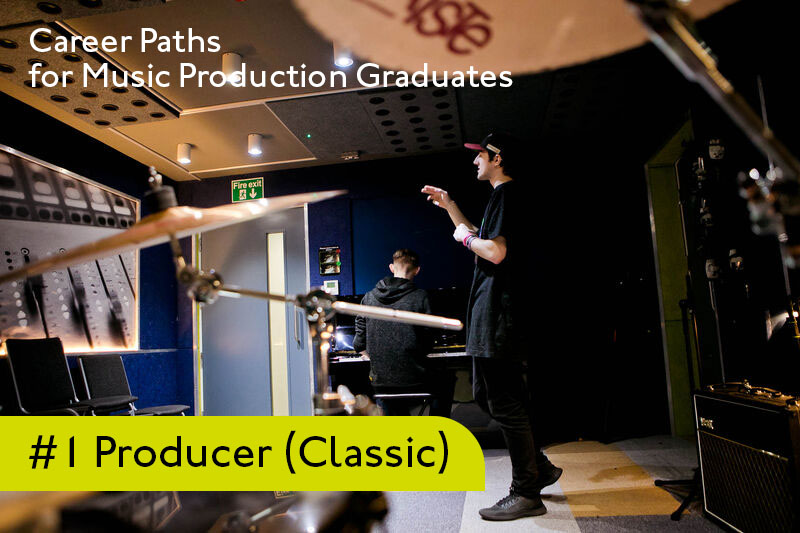 The role of a music producer varies greatly from genre to genre and the dynamics associated with the role have also evolved over time. A perfect archetype of the traditional definition of a Music Producer would be George Martin. This traditional definition entails offering creative and technical direction – acting as a conduit between those being recorded and those who are recording, mixing and mastering. Other tasks performed would involve budgeting, project management and scheduling. 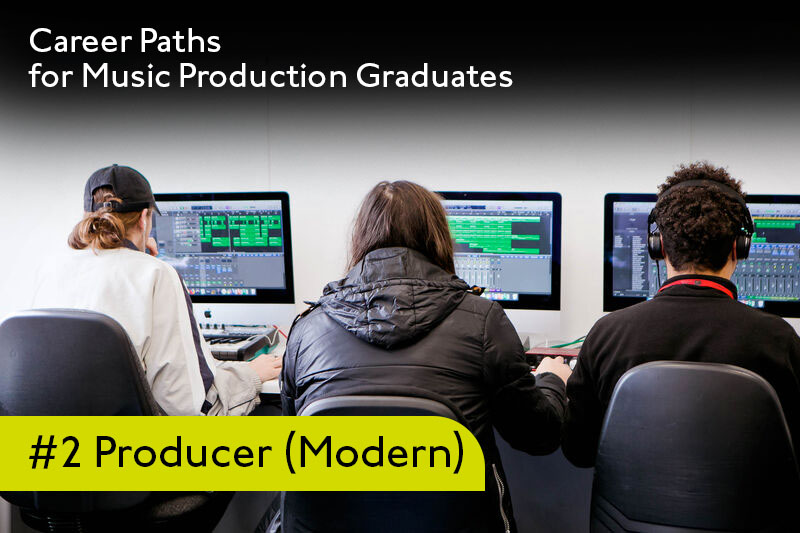 As music has diversified and evolved over time, the modern notion of a “Producer” has developed into a catch-all term for the creation of DAW audio projects. This is in part due to the democratisation of music production – with entry barriers significantly reduced since the days of George Martin, when music production was confined to professional music studios and recording suites.

This modern definition of a producer encompasses all aspects of the creative process under one role. Whilst a traditional producer creatively directs the process of composition, creation and mixing - the modern producer is involved in the implementation of these processes (and may well be working alone on the project in its entirety). This redefined role therefore transcends creative direction and moves into audio engineering, instrumental composition and song-writing.

Key skills needed for this role include music composition, DAW competency, a deep understanding of music theory and creative technique. 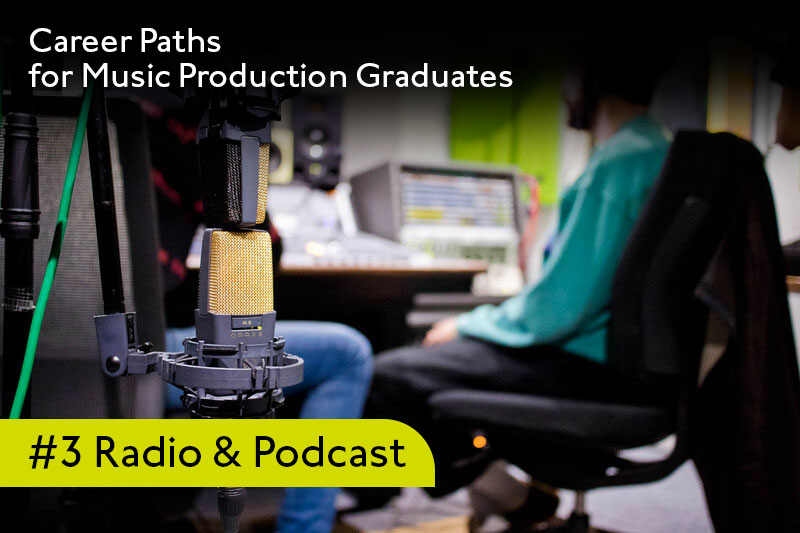 Consumption of AM/FM radio has globally declined during the rise of digital formats such as online streaming and podcasting. Whilst the broadcasting and distribution methods have evolved, the production process has largely remained unchanged. Across radio and online, music producers around the world are being paid to create advertisement content, jingles and sound effects.

Radio and podcast production workflows incorporate elements of audio engineering, broadcast engineering, live sound engineering, and music production in both a traditional and modern sense. This role is great for musicians who enjoy a varied workflow in their day-to-day, and with a constantly growing global audience – it is a promising niche for graduates to find work.

Key skills needed for this role include DAW competency, project management, a good sense of humour. 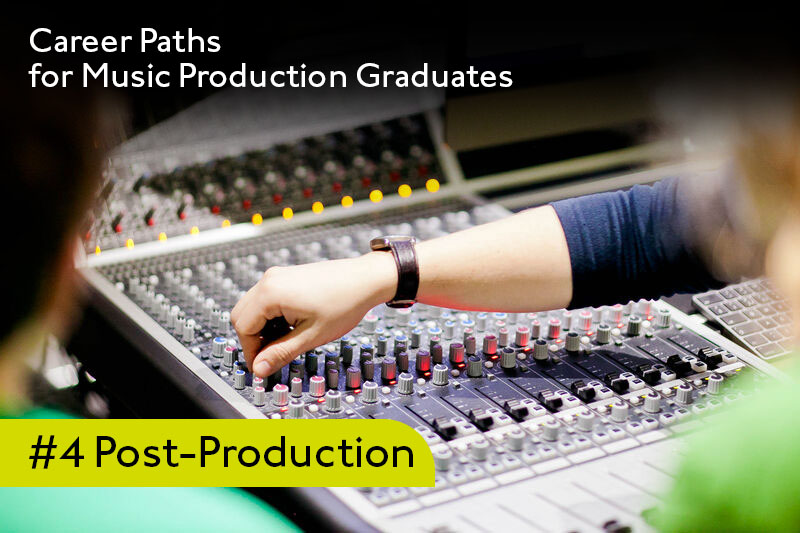 Live Sound Engineers ensure the best front of house and back of house mixes are available to both the performers and attendees of live events. They are responsible for the configuration, implementation and troubleshooting of venue sound-systems, performance and audio-visual equipment. Up to 69% of event brands have reported a lack of available Live-Sound Engineers, technicians and riggers, making this an excellent industry-space for new graduates to make an immediate impact. 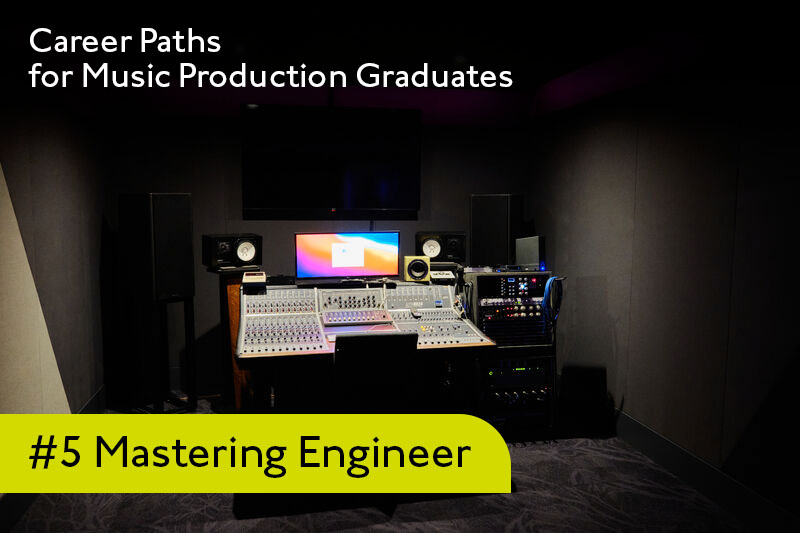 Mastering is the process whereby a summed mix-bus is processed and treated - preparing it for public release. The engineer receives a “pre-master,” which is an interleaved stereo file, usually peaking between -6 to -3dBFS and an average volume of around -24/-18 LUFs. The mastering engineer modifies this stereo file, objectively honing its average and peak loudness, dynamics, harmonics, and spatial attributes.

They are also responsible for adding meta-data to master files, as well as optimising the master for a variety of formats as per the client’s request (such as producing a digital and vinyl master, an instrumental only mix, or radio versions with any profanity removed).

Key skills needed for this role include an expert-level comprehension of space and depth, immaculate technical ability and critical understanding and mastery of genre-based aural nuances.

Interested in a career in Audio Engineering? Check out our relevant courses: