We profile some of the best black session players in the business... 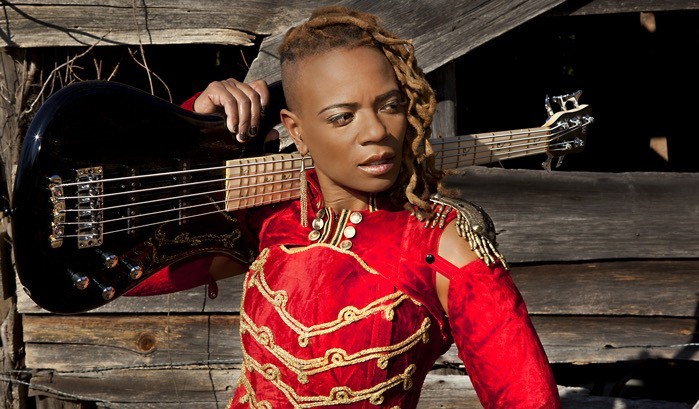 Session players and vocalists are some of the music industry’s unsung heroes.

Many are an integral part of the live or recording band of a big name star. From Adele to Beyonce via Stormzy and beyond, performers ensure these artists hit the highest notes when it comes to the studio or stage.

But despite their important contribution, these talents are often heard but not celebrated. Or in some cases, even credited.

As part of our Black History Month features celebrating forgotten composers and female artists, check out some of the best black session musicians who’ve had a hand in forging some important musical moments…

Divinity Roxx is perhaps best known for her virtuoso playing as part of Beyonce's backing group and with acclaimed band leader Victor Wooten.

She performed with Beyonce for a number of years, including on the 'The Beyoncé Experience' and 'I Am... World Tour' .

Since finishing her stint with the megastar, Divinity has released her own solo records and was a virtual masterclass guest at ICMP.

Watch her in full flow:

Read parts one and two of our interview with Divinity when she joined our masterclass earlier in the year.

Vocalist Kelli-Leigh is a name we may not recognise, yet she's sung on some huge hits as well as performing with British superstar Adele.

In 2014, Kelli-Leigh then enjoyed serious chart success, appearing as featured, yet uncredited vocalist, on two big dance hits, 'I Got U' by Duke Dumont and Jax Jones, and 'I Wanna Feel' by Secondcity.

Now operating as an independent solo artist, Kelli-Leigh at last seems to be getting the attention she deserves. Listen to her single, 'Can't Get Enough' , below:

After finishing his studies at ICMP, drums alumni Matty Brown's career took off winning the Young Drummer Of The Year competition back in 2013.

Since then, he's never looked back, playing with for many of pop's best talents including Plan B, Rita Ora, Crystal Fighters and Fleur East.

His biggest gig has been with Stormzy, including drumming at the UK grime legend's historic 2019 headline show at Glastonbury.

Watch the video interview with Matty when he visited ICMP for a masterclass:

Few twenty somethings have been tipped for great things by the likes of Quincy Jones and John Mayer but then few have the wild talents of Melanie Faye.

This US star has become a huge hit online thanks to her incredible playing, blending ferocity with style and more.

She's toured with the likes of Willow Smith and Mac DeMarco with some great singles to her name.

One of nine siblings and a graduate of the Berklee College of Music, Jackie initially studied the piano before embracing the guitar.

She's become an Instagram star thanks to her brilliant playing and a legend in her home of Austin.

Check out her 20 track album, 'Joy', for a taste of her inspired playing.

As a producer, drummer and now songwriter, Bubba has performed with a variety of different artists and stars.

His CV includes a performance at Glastonbury with Angel Haze and a close collaboration with singer songwriter John Newman.

He's also been musical director for Antics, one of London's biggest club nights.

Read our interview with Bubba on his career and time spent at ICMP.

This London-based guitarist is a brilliant player, riffing somewhere in the musical land between jazz and more traditional rock manoueuvres.

He first came to the fore via London duo Yussef Kamaal’s 2016 landmark record 'Black Focus' but has now been stepping out into the limelight with his own projects. Check out his debut album 'Shiroi' to hear his talents in full flow.

by ICMP staff writer
October 21, 2020
On the stage
Back to Blog Home