Divinity Roxx | How to succeed as a session musician

The legendary bassist gives tips to aspiring session players and how she landed the gig with Beyonce... 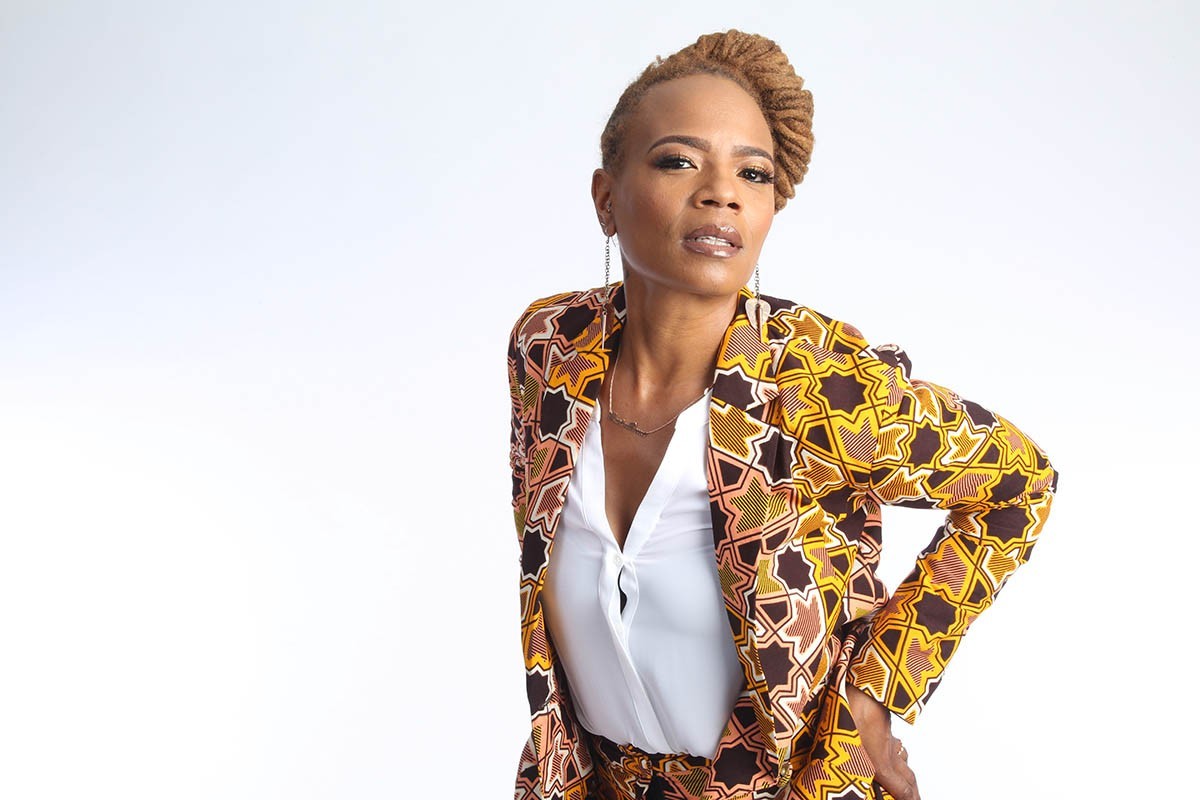 Legendary musician and artist Divinity Roxx was one of ICMP's recent guests in our virtual event series.

As a performer and creator, Divinity has seen almost everything the industry has to offer from playing Glastonbury to releasing her own solo records alongside working as a music educator.

You can read our previous profile from the Q&A with our tutor and fellow bassist Dave Troke.

In this second part, she talks about her journey into the session player world and how she landed the huge job of bassist for Beyonce...

After college how did you join the live musician circuit?

People call it networking but it’s your lifestyle as a musician. You go out, read an audience, get feedback and embarrass yourself. You do all these things and it really helps you meet fellow musicians. I was so in love with the bass.

I wanted to learn so much. But I didn’t know much, so I’d go to musicians I knew and ask for their advice.

You’ve got to take it upon yourself to learn everything. You can’t expect somebody to come and tell you to do it. Also, I’ll tell you a secret: everybody is nervous!"

You attended a bass camp with the legendary Victor Wooten and ended up on tour with him afterwards. How did that happen?

I went to his camp expecting to learn from the master. On the first night, he asked students to introduce themselves by playing their instruments. I was extremely nervous. Most people didn’t know he’d do that, so you could really feel the room was full of tension. I asked if I could rap and play and he let me. So I got up and played a song I’d been working on – the only song I could rap and play on at the same time! People clapped but he never said anything. Two weeks after, he called and asked if I had any more songs like that as he really liked it and wanted me to open his tour. When said that, I almost fell on the floor as I didn’t have any other songs!

I went straight to practice and tried to write more. I toured with him and learned so much. It was a bit like in one of those martial arts movies where you go and live with the master and learn everything. He never gave me lessons – I had to watch and learn.

Did you have a big break moment where you realised things started to change for you?

The Beyoncé moment. I realised what a bass player really did in a band. Previously, I spent most of my time being an artist. I never thought of being just a bass player. We were on a world’s stage, touring the world. It was intense. I was called for Justin Bieber right after he was signed by Usher and I didn’t take it - I was tired! I had been on tour with Beyoncé for a very long time. I still regret it a bit to this day, it would have been cool.

Let’s talk about the audition process. How did it work?

This was a very unique situation. She put an open call out everywhere - so press, radio, newspapers… She was looking for an all-female band. I was with Victor at the time and everyone who would see me playing would send me the audition link.

I thought it was maybe a publicity stunt and the gig was someone else’s for the taking. I was working on a record anyway. But it was relentless, all my friends were forcing me to go so I did. They wanted you to prepare ‘Work It Out’ so I learned the part.

She had auditions in all the major cities of the country including Atlanta. When I got there, I was moved to the front of the line and this one guy said: “I’ve never seen many of you, but I know this woman right here. I never met her, but I’ve been hearing her name for years. Take note guys.”

I was embarrassed. I went into the room, played the song and didn’t hear back until the following day. Then they told me they’d fly me to New York for the second round at the Sony Studios. I was nervous. But it went well. We were down to 25 people. They then showed us another song, ‘Deja Vu’, and the bass part was so amazing but scary! I had a little pocket amplifier, put my headphones on and practiced this line. We spent the rest of the day rehearsing in groups.

The atmosphere at the Beyonce auditions was great, battling but cheering each other. At the end of the day Matthew Knowles told us we were THE band. In two weeks time we were going to play the BET awards. I didn’t eat for two days, I was so nervous."

When you came to ICMP last time years ago, you said one of your career highlights was playing with Beyoncé. But you also said you haven’t had THE highlight of your career yet. Are there any other big moments for you?

One of the highlights has been licensing my music, something that might not be glamorous but it’s hard to get into it.

I wrote some children’s music and I was able to license it with a big company. I want to continue to develop my career in all the different facets of the music industry, so I’ll still be able to have this source of income, influence and inspiration.

This quarantine has been really interesting for me, it’s forced me to get my business together in ways I didn’t have time to before.

Your latest solo record was released in 2016. How do you find it to move from playing with other artists to be a solo artist to teaching to children, and so on?

Being an artist is what I started out doing. The session player thing came afterwards. All these things now exist simultaneously. I am a writer, a producer, a bass player, an MC, a teacher… I love to learn and do a bit of everything.

I used to separate being an MC and a bass player. Now I can make every skill part of the whole. They feed off each other. Learning informs your creativity. The more you learn the more you can be."

What have you got planned for after the lockdown?

I was touring with Fantasia as an MD so we need to figure out what’s gonna happen to the tour. I am now focusing on getting out of this semester at school (!), so I can then move on to other projects. Together with the kids music, I have always been working on this one woman-esque type of play, an album called 'The Ballad of Debbie Walker' , it's kind of the origins stories of Divinity Roxx, the superhero! I love these songs so much and I can’t wait to share them with everybody.