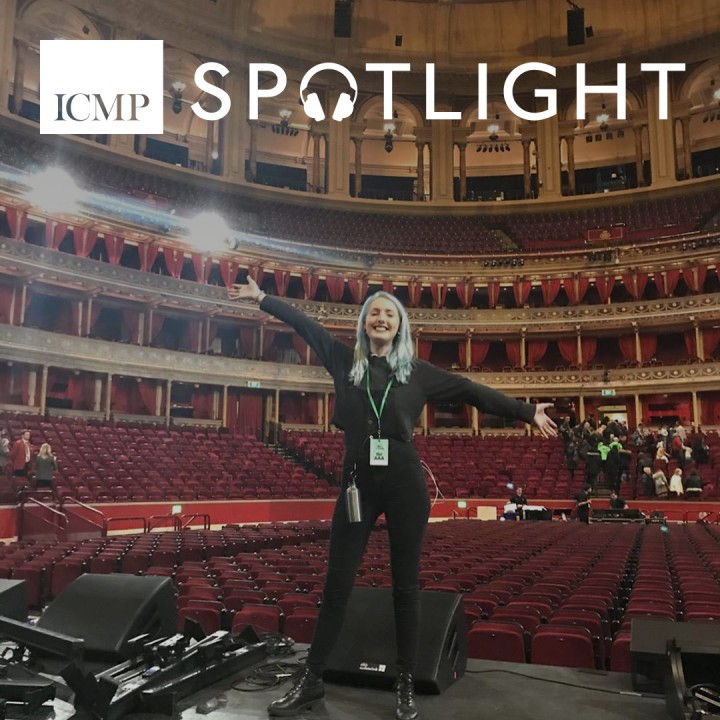 This time we've chosen to shine a light on Cristy Talks To, a podcast series by BA Music Business recent graduate Cristy Taviner.

CRISTY TALKS TO, A PODCAST BY CRISTY TAVINER.

Cristy Taviner has recently finished her BA Music Business course and started her own podcast series.

In her first episode, Cristy speaks to Mazin Tappuni, the Head of Live at Communion Presents. Communion is a record label, concert promoter and publishing company founded by musician and producer Ben Lovett,  who is best known for his work with the Grammy Award-winning British folk-rock band Mumford & Sons, Kevin Jones from the Ivor Novello Award nominated band Bear’s Den, and acclaimed producer Ian Grimble.

While studying at ICMP, Cristy was working in a music venue and as a freelance artist liaison/runner. Due to the current Covid-19 pandemic, the music venue she was working for was forced to close with most events being rescheduled. As a result, her artist liaison work was put on pause as well.

In this situation, she came up with the idea of this podcast series. She told us:

During this time, I found it hard to keep still, so I've decided to create a podcast, talking to the contacts from the live music industry I've made in London and Bristol throughout the years.