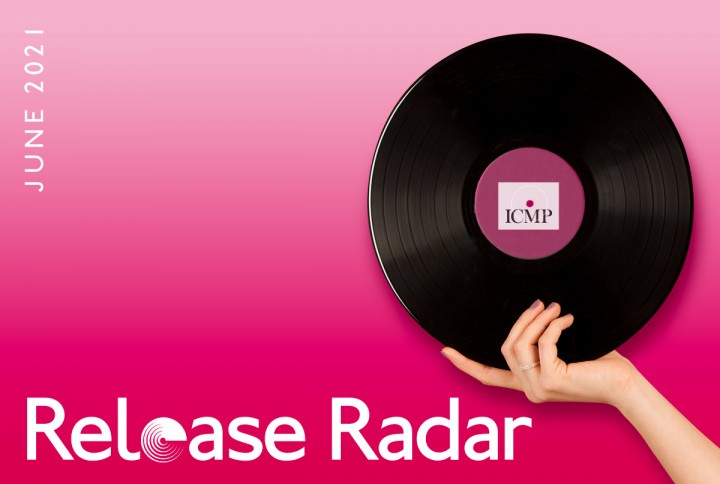 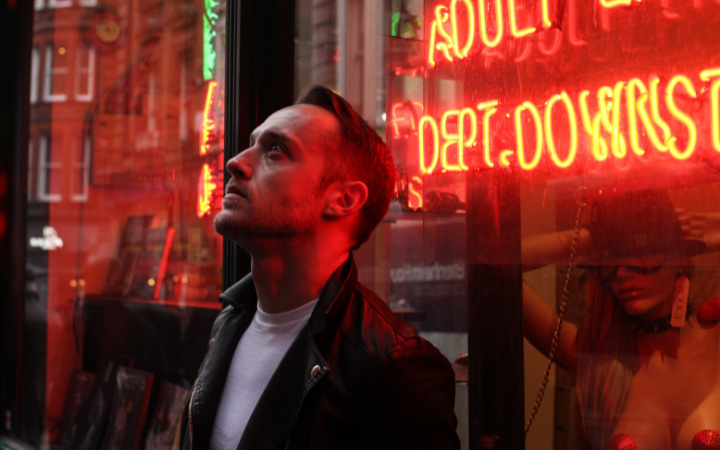 Akin to a hybrid of Robyn’s ‘Dancing On My Own’ and Joel Corry/MNEK’s ‘Head & Heart’ collaboration, this self-composed unforgettable Dance/Pop earworm sees BA (Hons) Songwriting student Paul Usher embracing his love of 90’s house and is draped in drink-in-hand, heart-on-sleeve, pop realness. Full of bittersweet euphoria, an LGBT love story plays out with tears-on-the-dancefloor and a hands in the air chorus perfect for Pride celebrations and clubs reopening.

Following up the Graham Norton premiered ‘Paper Cups’ which Gay Times called ‘Refreshingly Honest’, and debut ‘Jesus Is A Preston Boy’ which Attitude magazine called ‘A striking first impression...profound’, ‘Never Gonna Leave Him’ is a continuation of the LGBT love story first mentioned in his debut.

“I’m sure we’ve all experienced bumping into an ex on a night out; it can be gut-wrenching but, as in this case, it also proved how intense our connection still was. The song's about wrestling with the fact that he had a new boyfriend and fighting the fire of lust and jealousy between us.”

“I saw the first guy I’d ever loved across the dancefloor for the first time since we’d parted ways. Even in the darkness of a club, filled with seemingly thousands of people, we locked eyes, instinctively; the bond has never faltered. I’m sure others can relate to the internal conflict that creates.”

Remixed by Adriano Desire, produced by Paul and Sam Welch, this tour-de-force cements Paul’s place as an artist and songwriter to be reckoned with who will not shy away from lacerating his music, lyrics and videos with pride. 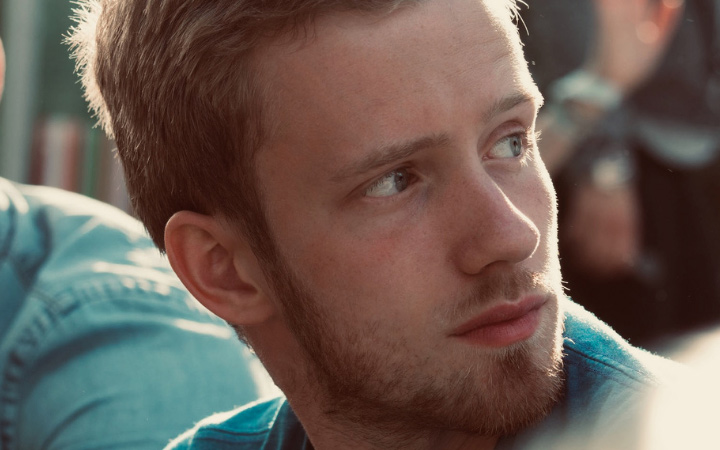 ‘Aren’t You Tired’ is an aggressive pop tune with some unusual instrumentation, inspired by King Crimson and Zeal & Ardor. The song is written, performed, produced, mixed and mastered by me, with a guest guitar solo by Christian’s friend Lewis (lead guitarist of the London-based psychedelia band FEZ). 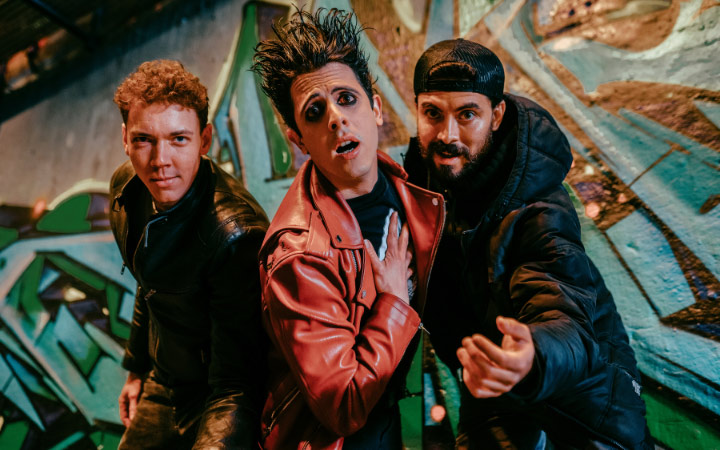 The Kanz formed in London, UK during the summer of 2018 and was founded by Italian Singer, Guitarist, and Cert HE Creative Music Production alumni Fabio Nania. Even though they have mostly performed in London pubs and all over UK, The Kanz’s music has been often described as “Stadium-Punk Rock Music” because of their high-energy mind-blowing rock shows, deep emotional tunes, and electronic party vibes.

With 8 published singles, music videos, and multiple shows booked, The Kanz was founded with the purpose of sending a message of freedom, self-acceptance, and awareness of mental health that has found remarkable success between teenagers and young adults.

“‘Borderline’ is an anthem of personal rebellion spiced up with some subtle pop-punk irony. The message is simple: Humans are complex creatures, and you can't really categorise them all in one box by saying some people are good and some people are bad. We are who we are, with our good sides and bad sides. We are Borderline, we like it this way.” 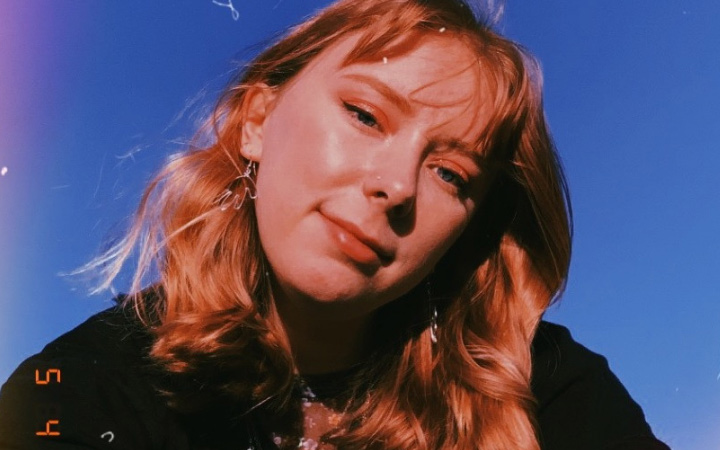 From Lincolnshire, Jaz finds herself most at peace among the marshlands and wide-open skies. Her transatlantic lyricism takes you to a petrol station in the middle of the the ocean, and her feathery vocals draw comparison to Phoebe Bridgers, Maisie Peters and Lauren Aquilina.

“The track captures the spark of the ‘talking stage’, when you don’t know (and maybe don’t care) what might happen next. This song is for that person who texts ‘what you doing?’ At 11:55pm on a Wednesday and forgets all about it come sunrise.”

'Midnight Crush' is Jaz’s third single, paving the way to her debut EP in early Autumn. The tune is hopeful and exciting and new. 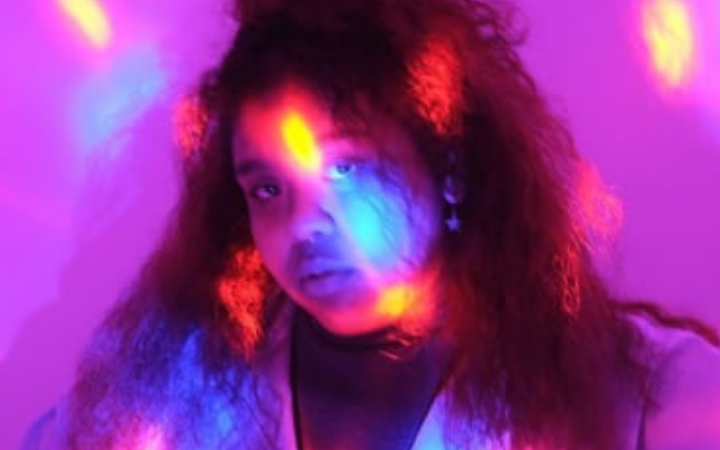 Hailing from sunny Southend On Sea, Singer-Songwriter and MA Songwriting student Daneka is back providing more dark vibes with a new release!

'Imfightingmyself'. is a song about recognising your own problems and acknowledging that the only one who can help/change them is you. During the production process Daneka enlisted the help of a group of musical talents to collaborate including Rees Bromfield from SS2 recording (known for producing Benjamin Leftwich's new album), Forget Cape (organised some grunge guitar playing), and Lydia Kitto who featured in Jungle's new track, 'Keep Moving', had also helped me with creative decisions during the production process. 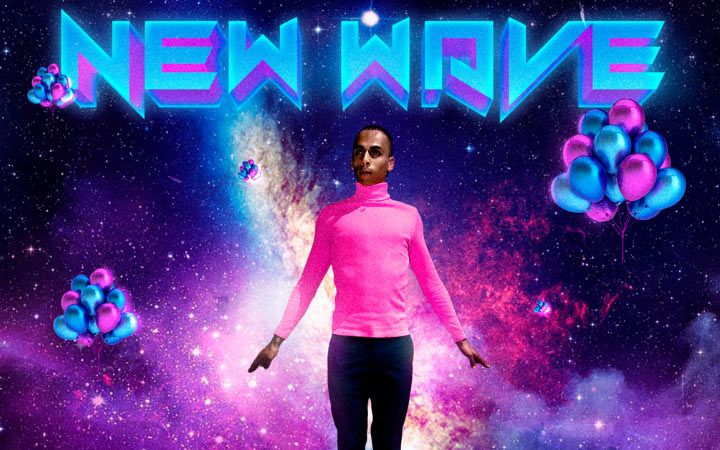 ‘Triple-threat’ M Pike (BA (Hons) Creative Musicianship) is a singer, songwriter and actor with roots in the Dominican Republic based in London following a move from Italy. An independent recording artist with a unique sound comprising of modern pop, R&B, and soul; presenting uplifting and futuristic lyrics that make him an ‘Avantgarde’ performer.

Through his music he celebrates a core value of sharing love and trying to create a better future for this planet. After traveling to different countries to showcase his music, M Pike is back and ready to share his experiences with the world!

His new single ‘New Wave’ is a Pop/Trap song containing three different languages (Italian, English, Spanish). It has been sung by M Pike in multiple languages to include his roots and present his vision of sharing music internationally. The track was mixed and mastered by BA (Hons) Creative Music Production student, Lauty Beliera.

Giving us an insight into the track’s meaning, M Pike said:

“This single is an anthem towards new beginnings, representing a new generation of people worldwide that is ready to bring positive changes into this planet.”

ARIN • All I want to See 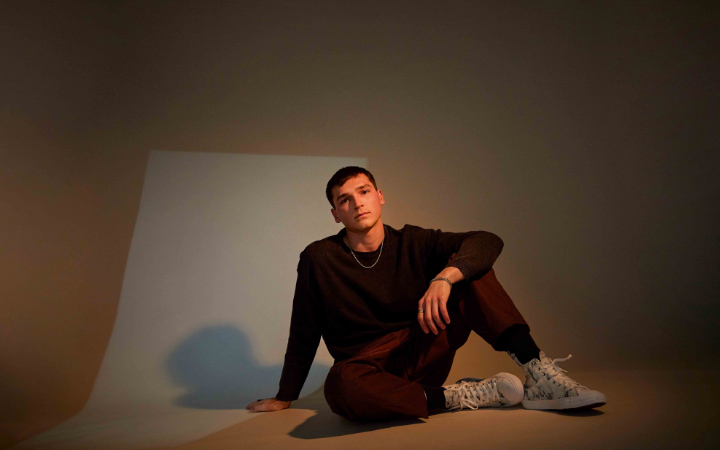 BA (Hons) Songwriting student Arin brings a refreshing, unrepeatable twist to the face of electronic pop music with mellow synths, energetic drums and intimate lyrics that celebrate his craft as a songwriter. Now based in London, Arin is rapidly spreading his name around the music industry with his playful take on heart-throbbing pop, but also as an established writer. With credits on numerous songs that are paving new paths for a variety of music, Arin is establishing themselves as an up-and-coming artist to keep an eye out for!

With intimate lyrics, mellow piano and bouncy hooks, Arin’s debut single ‘All I Want to See’ ignites listeners with the feeling of falling head-over-heels for someone. Co-Written and Produced by Noah Simmonds, another ICMP student studying BA (Hons) Creative Music Production. 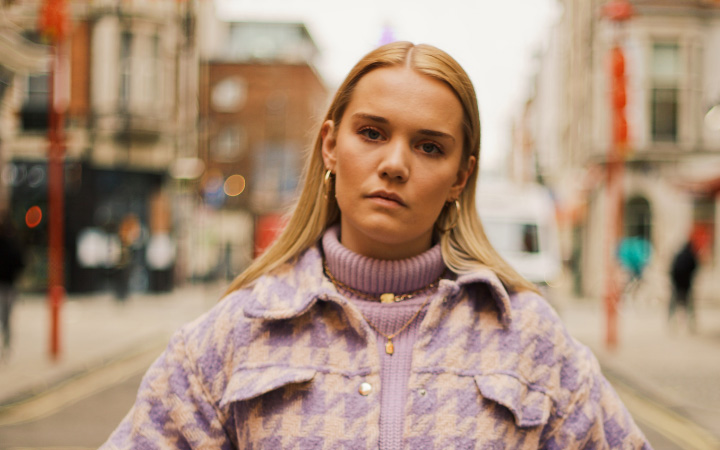 German-born and now London-based emerging artist Ella Eliza (BA (Hons) Creative Music Production) is breaking cultural and musical barriers with her unique sonic blend made of Contemporary RnB and Soultronic. After being introduced to classical music by her mother, Ella went on to develop her own artistic vision when she began writing songs at a young age. Finding herself exposed to various genres, she took inspiration from artists such as The Weeknd, Frank Ocean, Nao and KAYTRANADA.

Her recent single 'ALONE WITH YOU' premiered on Wonderland Magazine and was placed on Spotify's editorial playlist 'Fresh Finds: Pop'. This track is part of her debut EP 'INTROSPECTION'; a collection of songs that marks her most significant body of work to date, written and produced entirely by herself in her bedroom studio in Northwest London during the first lockdown of the pandemic.

The confrontational attitude in ‘EGO’ makes it my most daring track so far. The narrative could be perceived as me urging another person to ‘let go of their ego’, almost as if I am speaking to a love interest or a close friend, however, my creative intention behind this track is that I am talking to myself in the mirror just after I got up in the morning. This track is especially important to me as I feel it is the most reflective song I have ever created and it documents my journey of self-development. 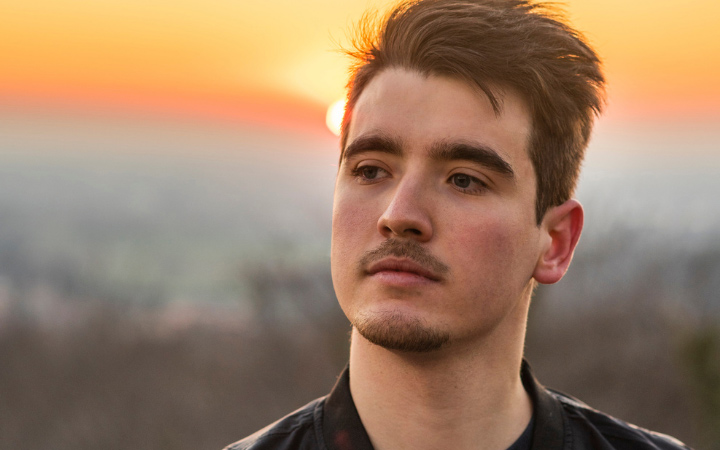 Laurelight is a UK based contemporary pop artist and students of our BA (Hons) Songwriting course whose eclectic vibe embraces genres from synth pop to disco funk music. His sound is inspired by artists like The Weeknd, Bruno Mars, Charlie Puth and Christine and the Queens. Originally from Italy, Laurelight moved to London at the age of 20, where he is currently working on his solo artist project. In November 2020, Laurelight started a Podcast called ‘Laurechats’ where he interviews creative minds within the music industry to spread a message of hope during the pandemic. To find out more about his podcast work, click here to read his Spotlight page.

Laurelight gave us an insight into the track’s meaning, saying:

“’Rainbow’ was written in order to share a resilient message of hope, seen as vital necessity in order to re-activate our energy while going through life’s adversities and bring colours back in our lives.”

XY GALA • Out Of My Mind 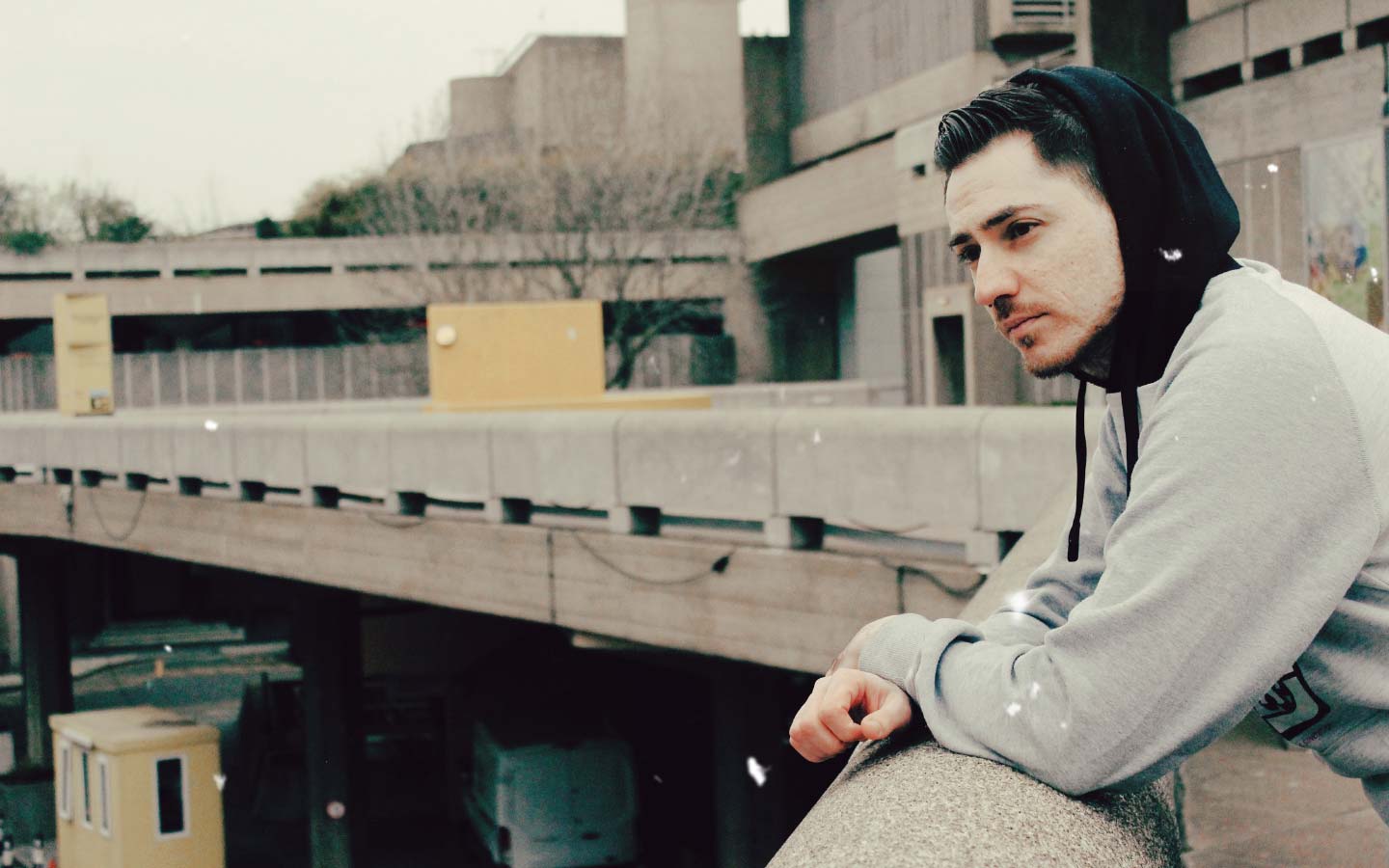 XY GALA is a Hip-Hop artist from Rome, Italy, currently residing in London, United Kingdom. His unique delivery and sparkling punchlines give his music a moody vibe. During his teens, XY GALA developed a huge passion for music, inspired by Hip-Hop, Trap, and Rock. He began his music career performing and recording for numerous bands both in Rome and in London.

After being awarded a degree in our BMus (Hons) Popular Music Performance course he decided, in 2021, that was the moment to establish his path as a solo artist, releasing his debut single 'Fighter' on April 17. The single featured on various radio stations, Word Play Magazine, and YMX Blog. His new single ‘Out Of My Mind’ is a sad ballad and is hard to be categorised under one music genre, because although it features a modern Hip-hop/Trap beat, it doesn’t present any rapped vocals. The song was also mixed and mastered by MA Popular Music Performance alumni Valentin Davion and Charlie Whiteside.

XY Gala talked on the meaning of the track, saying:

“In a few words, the narrator of the song is talking to a person who has suicidal thoughts. The narrator and the protagonist of the song are the same person though his mind is split in two different parts. One part is always thinking negatively, while the other part of his mind is the complete opposite and always reminds himself all the reasons why life is worth living.” 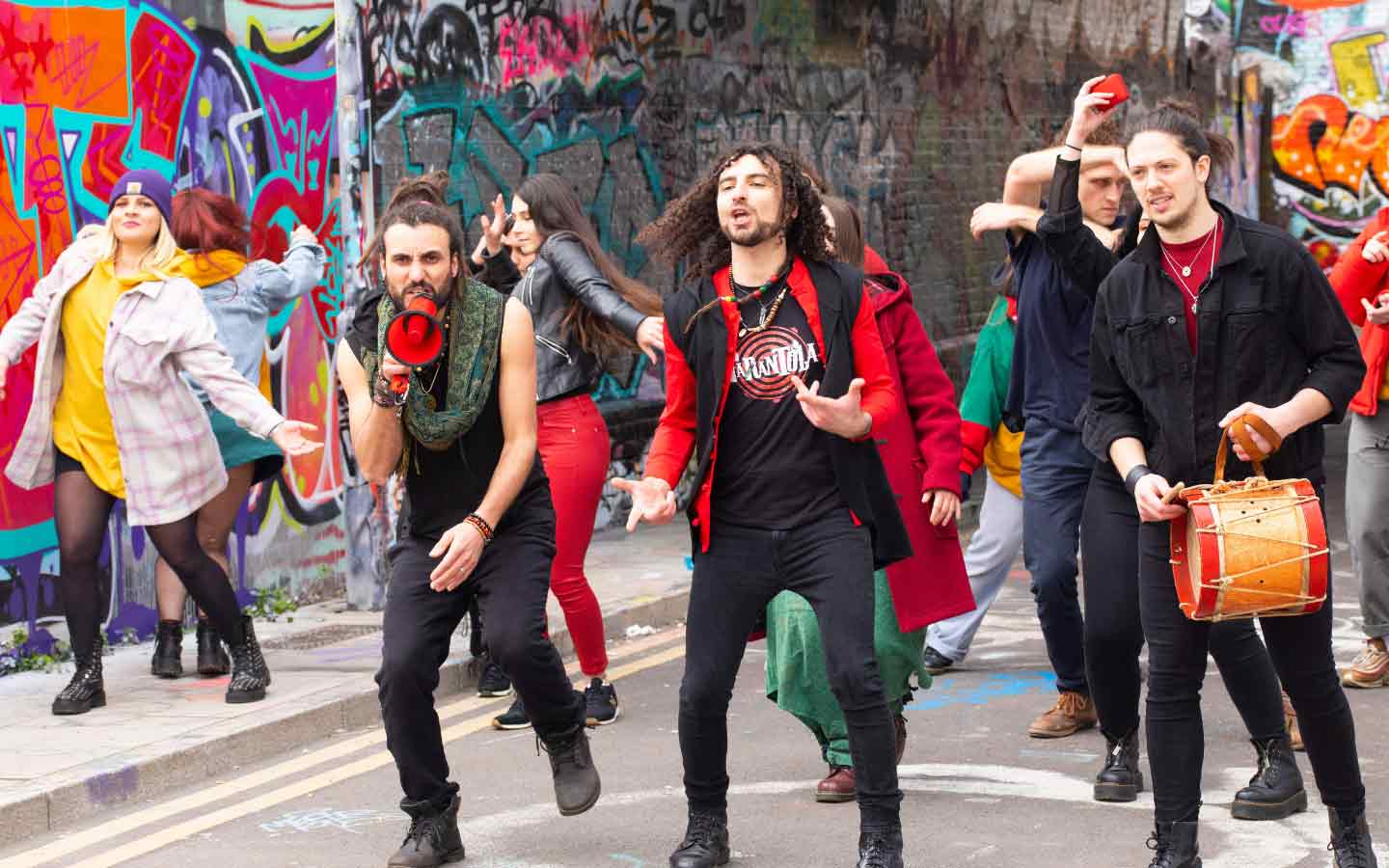 Tarantola is a London-based Reggae-Dub band that comprises 5 energetic musicians who come from Italy, Brasil, England, and Greece taking a various range of influences from the likes of Mellow Mood, Damian Marley, and Kumar Fyah. MA Songwriting alumni Mauro Lacandia seeks to recreate the legend of “Taranta” (the traditional music from Salento). Tarantola expands their web with each release, aiming to connect people from different countries, cultures, and heritage to be part of a family where everyone is celebrated as equal and where diversity matters as a form of connection and exchange.

After been featured on Irie Magazine, interviewed on Rai2 Tv NEWS (Italian national TV) and performing in many prestigious venues and festivals such as Koko (London) Bestival (Lulworth Castle), Hootananny (Brixton-Sold Out), Arts by the River Festival (Bournemouth - Headliners), Tarantola presents their fresh and best Reggae single release yet, called ‘Sugar Dumpling’.

“Sugar Dumplin is a radio friendly tune that includes catchy vocals on top of infectious and danceable Reggae/Dancehall grooves mixed with that sunny vibe peculiar of South Italy Reggae Music! The song celebrates playful and mutual love. It also explores sexuality in a healthy way, through the comfort of 2 lovers who enjoy each other’s company!”