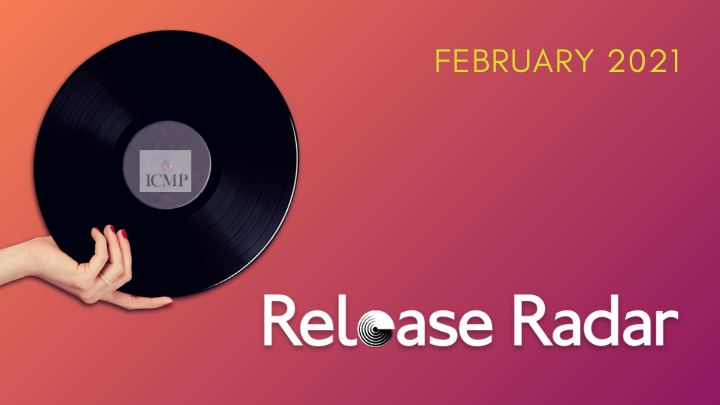 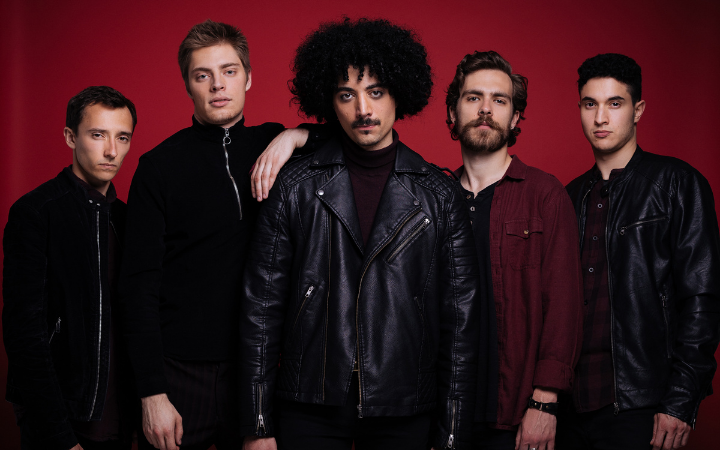 'Recall' is the first single off a four-track EP, produced by award-winning producer Andrew Hunt. Although this song comes from a place of false nostalgia for a better time in music, its driving force is the frustration of not having a voice and just wanting to be heard. 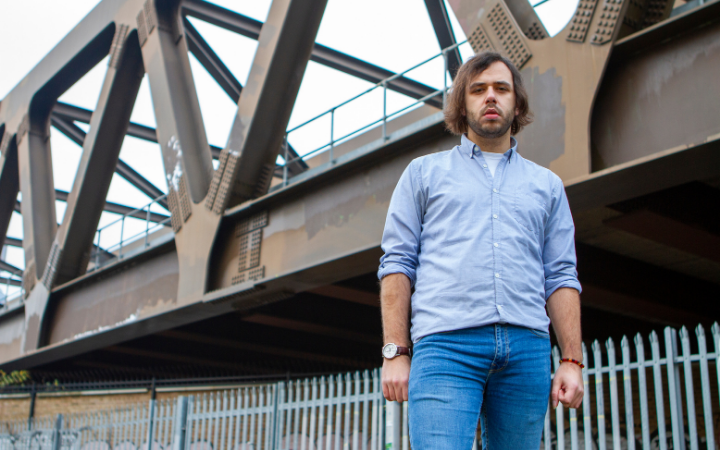 Mike Stoyanov (Logic Pro Advanced Course) combines influences from The Strokes, Oasis, and The Vaccines in a powerful explosion of raw energy that brings the stadium rock feeling even in lockdown.

"'Star"'is the ultimate feel-good indie-rock anthem that will make you want to punch the air, jump as high as you can and sing along at the top of your lungs. " 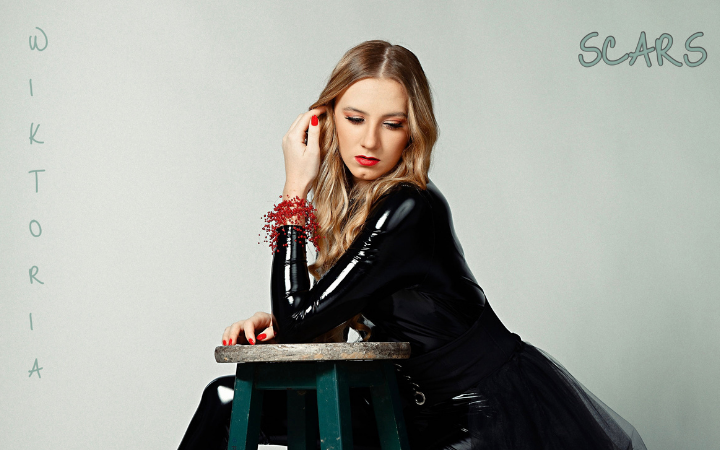 Wiktoria Tracz (BMus Popular Music Performance) has sung on many stages, at both national and international festivals, while also making it to the semi-finals of The Voice Kids in Poland. In 2020 she was in a choir supporting Acantha Lang on the Dimond Dining Event before The Brit Awards event.

Right now her main focus is writing her own songs and getting a little bit into production, something she founds really helps her as a songwriter. Her newest release 'Scars' is about mental health and how we shouldn't be ashamed or scared to talk about our inner wounds or ask for help.

"The song is my composition and was produced by Oliver Debelos and Christopher David Mitchell. I love working with them, they understand me and the sound I want to get, that's why my next release it's also produced by them." 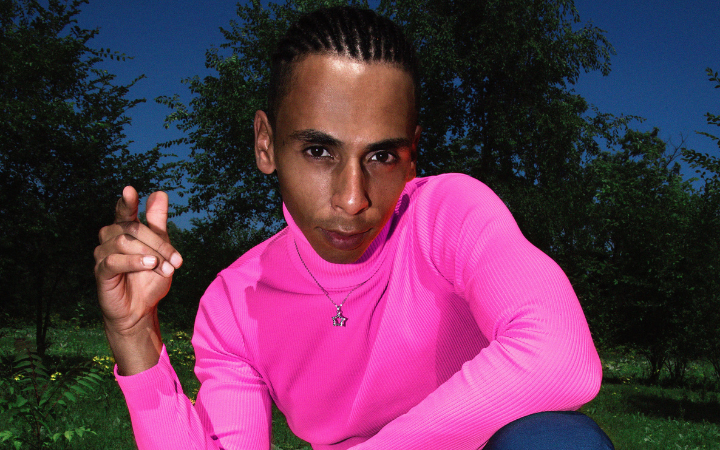 M Pike (BA Creative Musicianship) is a singer and songwriter, as well as an actor. Based in London but originally from Italy, with roots in the Dominican Republic, he combines a unique modern pop/R'n'B/soul sound with uplifting/futuristic lyrics.

His new single 'Worthy' is a semi-acoustic modern pop/rock song, narrating M Pike’s journey through his life challenges. This single is further enriched with the involvement of fellow ICMP student Kaila on the bass and alumnus PJ Ciarla on drums.

"My main value is sharing love and creating a better future for this planet. "

KING KANE • Night Till The Morning 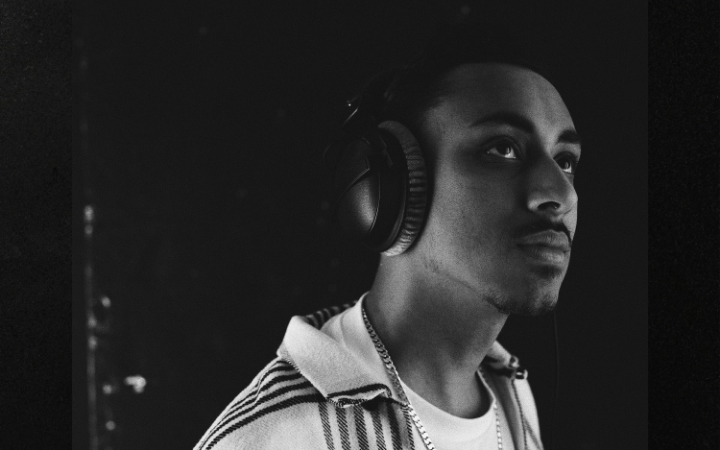 Kane Paul Spencer aka King Kane (BA Songwriting) is a rapper who blends thought-provoking lyricism and stylistically dynamic flows with melodic and catchy hooks. Since the release of his debut album in December 2018, King Kane has amassed 100,000 streams on Spotify, with singles such as ‘The Warm Up’ making it onto 77 individual playlists in over 43 countries.

"'Night Till The Morning' is the first single to be solely recorded, produced, engineered and written by myself ."

TARANTOLA • You Are Not Alone 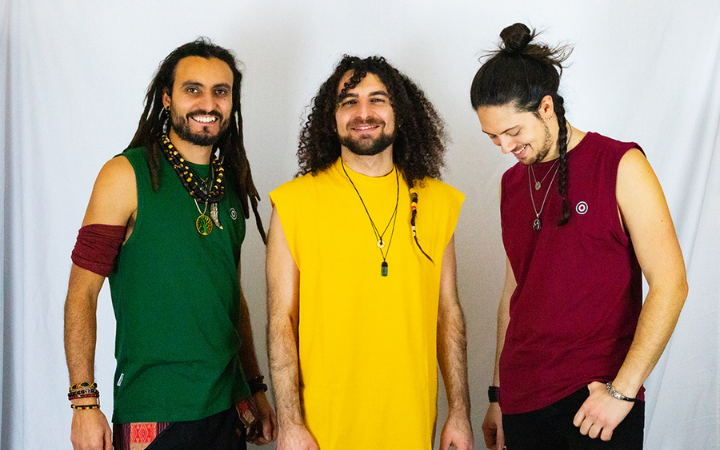 "'You Are Not Alone' is a celebration of the good times coming and a hug of support to all those people who are missing their home, missing reality and are feeling lost or disconnected from the one we used to call society until one year ago! " 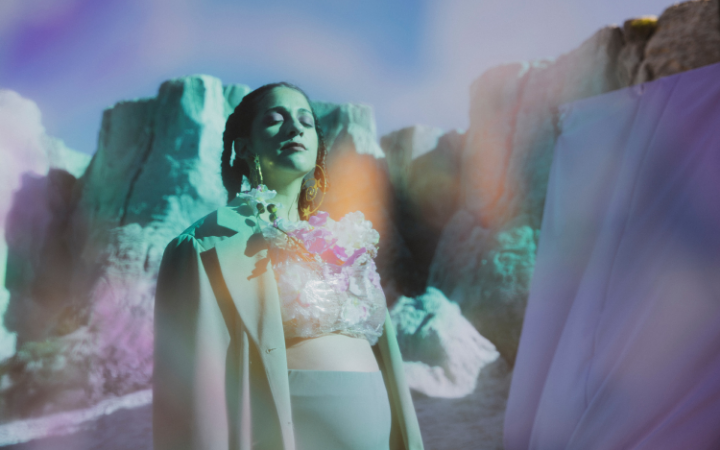 Born and raised in Sesimbra, Portugal, Constança (HNC) started using her voice accompanied by a guitar back in 2008. In her first songs, you could hear the influence of the Jazz standards she was studying and the Blues records her father loved to listen to. Everything felt quite natural, but it wasn’t until she moved to London in 2018, that her style and her creative process really started to take form.

Fast forward to 2021, after 2 years of writing, re-writing, experimenting and producing she is finally releasing music as a solo artist.

"'Miúda' is a message to my past self. Remembering a very important and life-changing moment of my life, I wanted to reassure her that what will be will be. To do so I blended alternative pop with bossa nova to guide her on a cosmic journey." 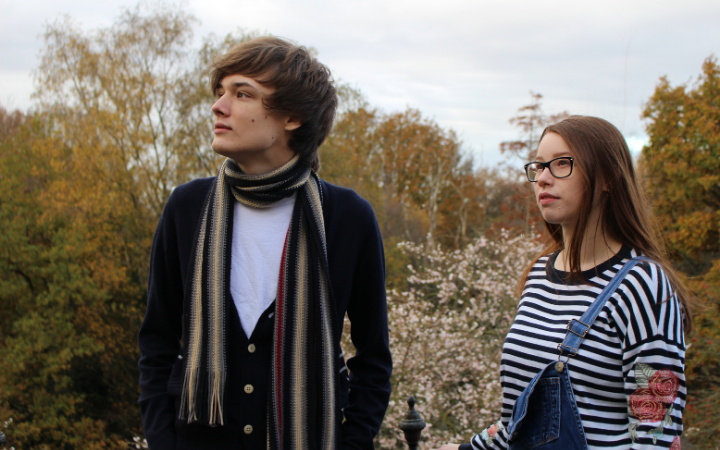 Homing Pigeons is a singer-songwriting duo started by Adam Stevens and Maisie Waller (BA Songwriting). Since meeting at ICMP in January 2019, they started writing pretty much immediately and never stopped. Their compositions are catchy songs which take inspiration from indie, folk, and twee pop.

They have just released their first single, 'Balloon', which they also produced (while the mastering was done by fellow ICMP student Ben Porteous Butler).

"It's a sweet, charming twee-pop meets indie-folk tune, characterized by its oddball lyrics and its playfully interacting hooky melodies. Written in January of 2020, the song pretty much led to the formation of the band, and so has come to mean so much to us. Through its back-and-forth conversational lyrics, it tells a quirky and heartwarming story about friendship." 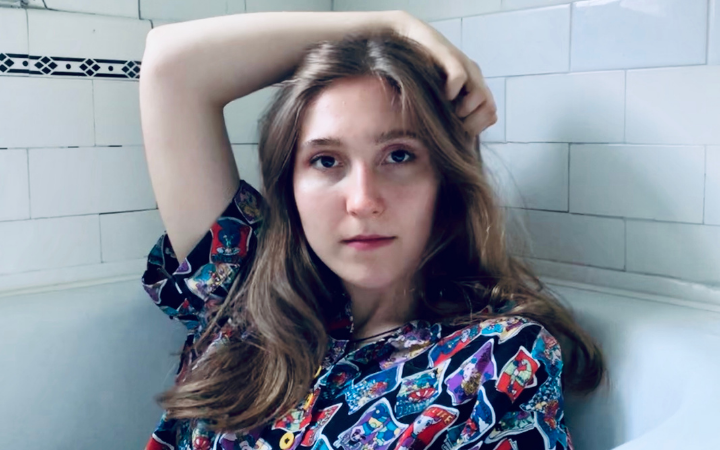 Melanie Percy aka MELÓ (BA Creative Musicianship) is a twenty-year-old Hungarian/Canadian singer-songwriter, born in Toronto, but currently based in London. She grew up in a family of passionate non-musicians, who despite not being able to perform, influenced her heavily through their punk/grunge/rock music tastes. MELÓ moved to London alone at seventeen to study and pursue a career in music, and has just released her debut single 'Counting Sheep'.

"An ode to my beginnings as a songwriter, my debut single reflects on the acoustic, a capella and folk roots of my past. Fascinated by the storytelling aspects of these genres, I began using them as an outlet for my emotions, to create the first single in a series of songs that will form my first EP."

The song was produced remotely, working with producer Sergei Kofman (Measure) during the first lockdown. The darker, vulnerable vocals were recorded in her highschool bedroom. The production played with bittersweet elements, contrasting the upbeat guitar with eery piano. The intention was to create a space where both the listener and the artist could feel comfortable with their fears and vulnerabilities. 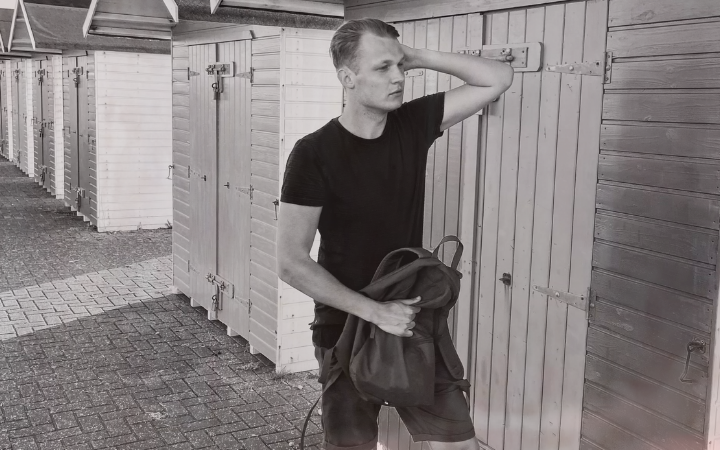 His latest release, a remix of Amanda Fondell's 'Keep The Love', just came out via Swedish record label Roxy Recordings and has seen quite a lot of promo in Lithuania, including a feature on the national Lithuanian TV (LRT) morning show.

SASSY • All I've Got 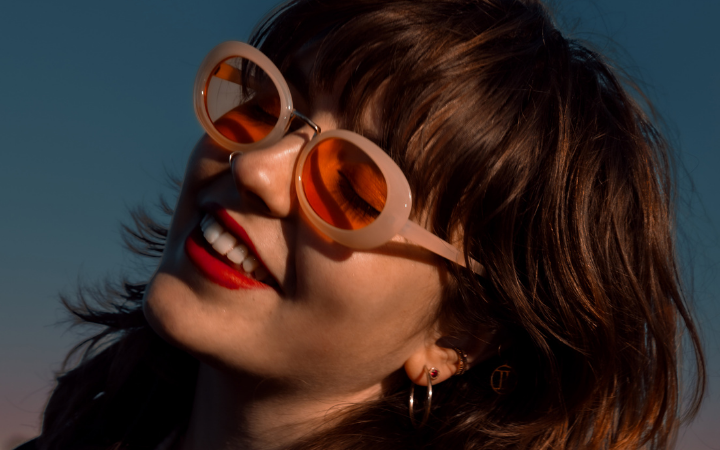 Saskia Hammersley aka Sassy (BASW) is a singer-songwriter who grew up in Oxford and used to play with the band First Reserves. Her background is mainly a musical theatre and acting one, but songwriting is what she's focusing on now.
Her main inspiration comes from acts like Maggie Rogers, First Aid Kit, Florence and The Machine.

'All I've Got' is her latest release, co-written with Naughty Alice.

"The song is pretty much a love song about feeling like you're average and you really don't have a lot except for that person. It's about finding yourself in someone and not wanting to lose them. I know that's probably not a good thing... But I think it's pretty common.
It has themes of heartbreak, desperation and loneliness. It is heart-wrenchingly relatable."