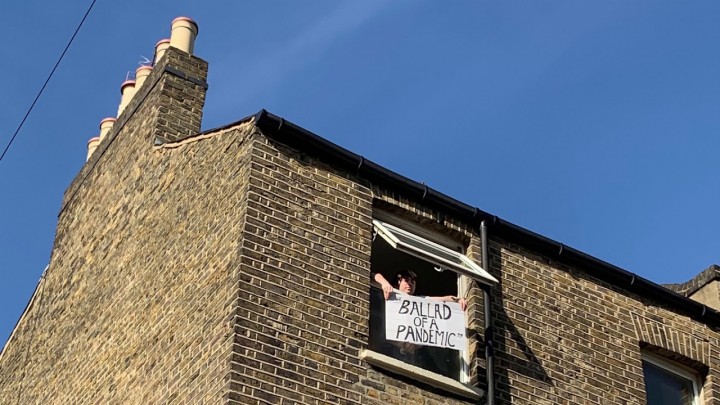 ICMP alumnus Matt Maltese has released ‘Ballad of a Pandemic’ to raise money for a food bank charity during the Covid-19 outbreak.

Our former Creative Musicianship student wrote the song just as the UK went on lockdown. He’s now released the track through Bandcamp and the major streaming platforms to raise funds for the Trussell Trust, an initiative which supports food banks.

In the track, Matt urges listeners to “sit tight on your couch like a soldier in a dressing gown, Wear plastic gloves and please don't come around” as well as “help your neighbour even if they're not nice”.

The track is his first new music since the release of his second album, ‘Krystal’ back in 2019.

On its release, NME awarded the record a four star review, describing it as “a step forward and a look back to where he came from, this is one of Britain’s most magical songwriters at his enchanting best”.

Matt studied on our BA Creative Musicianship degree course before signing a deal in 2017 with Atlantic Records and releasing his debut brilliant 'Bad Contestant' album to rave reviews.

Listen to ‘Ballad of a Pandemic’ and visit Matt’s website to find out about new music and more.

You can purchase the new song on Bandcamp to raise money for the Trussell Trust.