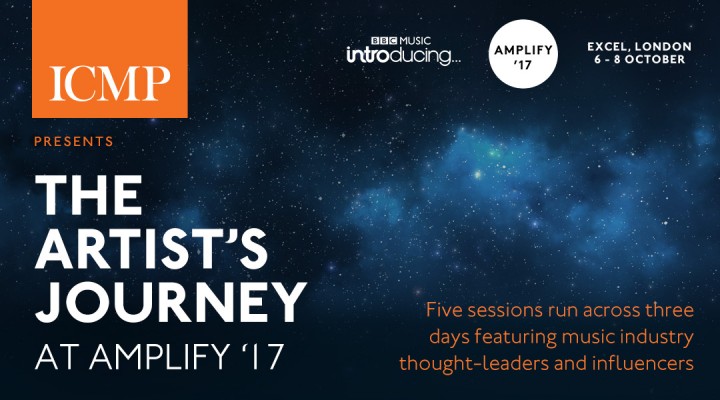 Warner/Chappell’s Mike Smith and Stacey Tang from Columbia Records are among some of the leading music industry experts joining ICMP for The Artist’s Journey at BBC Music Introducing’s Amplify.

Taking place at London’s Excel venue 6th - 8th October, Amplify will feature some of the top thought leaders and influencers debating the hottest topics to impact the music business.

James Brister, Artist Manager and Industry Liason Executive at ICMP’s career advice unit The Hub, will moderate the ICMP sessions with executives behind the success of the likes of Ed Sheeran, Rag'n' Bone Man, Dua Lipa and many more joining us.

The full list of confirmed speakers and ICMP panels is below. All ICMP sessions will take place in room S10 at the Excel Centre.

Scroll to the bottom of the page for an exclusive ticket offer! 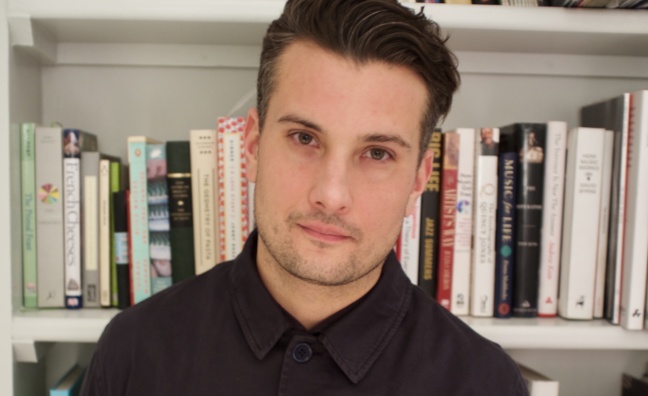 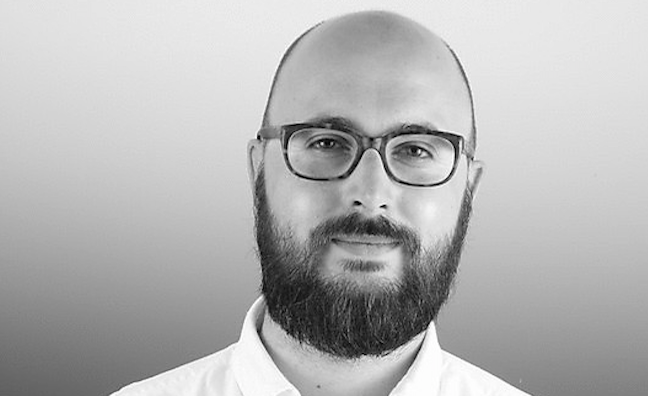 Ed is the Senior A&R for Imagem Music, a modern music publisher that represent artists and writers such as Daft Punk, Mark Ronson, Bombay Bicycle Club, Oh Wonder and Cathy Dennis. He has 15 years experience in music, developing artists and songwriters.

Previously he headed up A&R at Glassnote UK working with artists such as Aurora, James Hersey and Tor Miller, as well as songwriters such as Jonny Wright and O. Martin. Before joining Glassnote, Ed worked at BMI as Executive, Writer-Publisher Relations for UK and Europe, bringing in Ed Sheeran, Gotye, Avicii, Ellie Goulding, Example and Nero to the company. His previous experience also includes working for Kobalt Music Group and founding the widely used A&R tipping site TheLiveList. 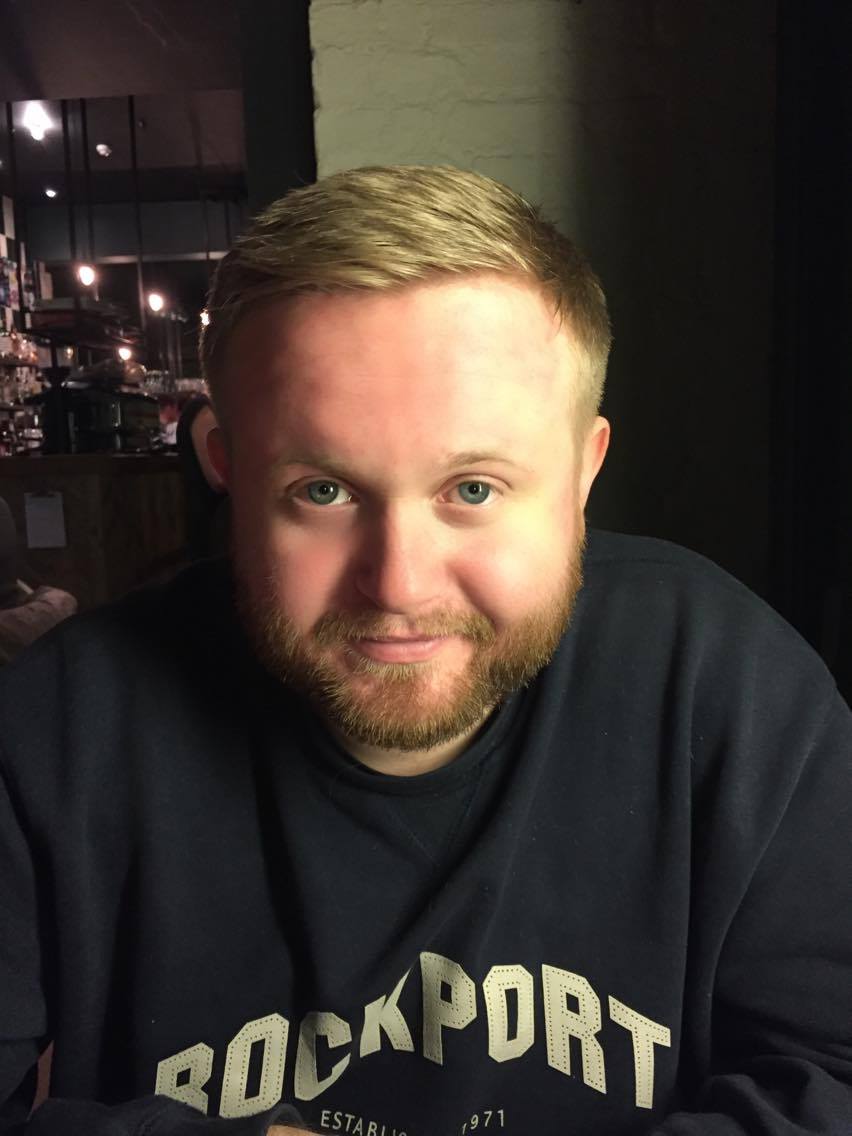 Ben Blackburn first co-founded new music blog Crack in the Road before beginning his journey into the music industry as a Press Officer for SJM Concerts. Following his first A&R gig at Phil Taggart's label Hometown records, Ben now works as an A&R at Virgin EMI Records alongside his management of writer/producer duo The 23rd and artist FKJ. 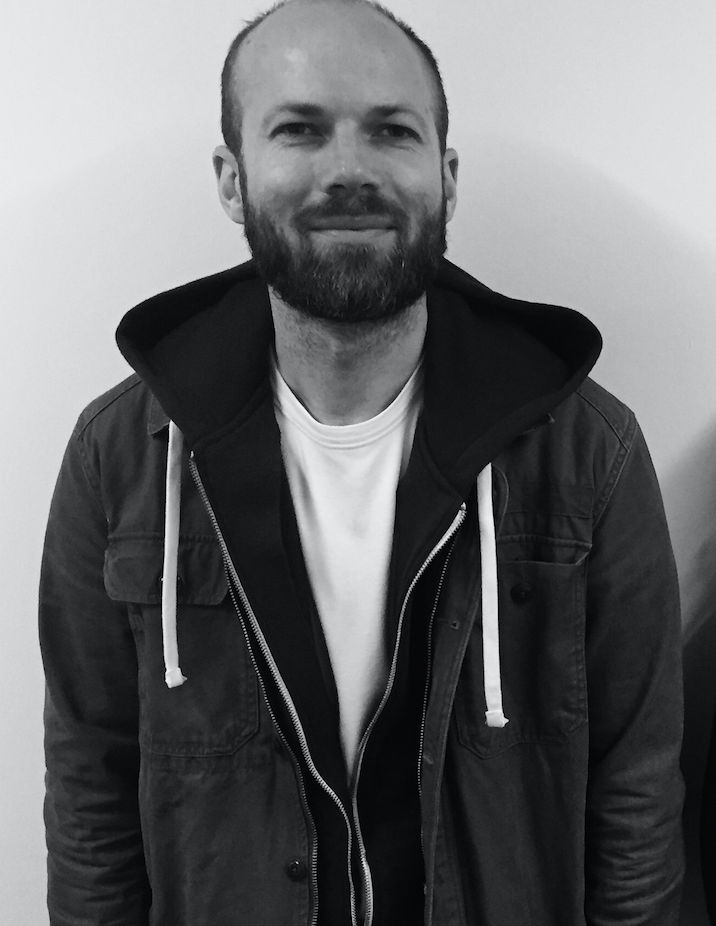 Will is a director of TripTik management, managing artists, producers and songwriters. He founded the company seven years ago following successful stints working in the live and music publishing sectors. TripTik has worked with key music industry companies such as Xenomania, Z-Management, ROAR Global, Distiller, Sony/ATV and Asylum Records. 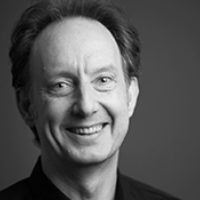 Paul has enjoyed more than 25 years of success in the music industry. He joined Kobalt in 2011, and is the co-founder of three prominent digital music companies: Playlouder, CI, and MSP. Prior to Kobalt, Paul also worked at BMG Music and Warner Music. He holds an Economics degree from Cambridge University, is a Royal Society of the Arts Fellow, and has a history of curating many contemporary art projects. 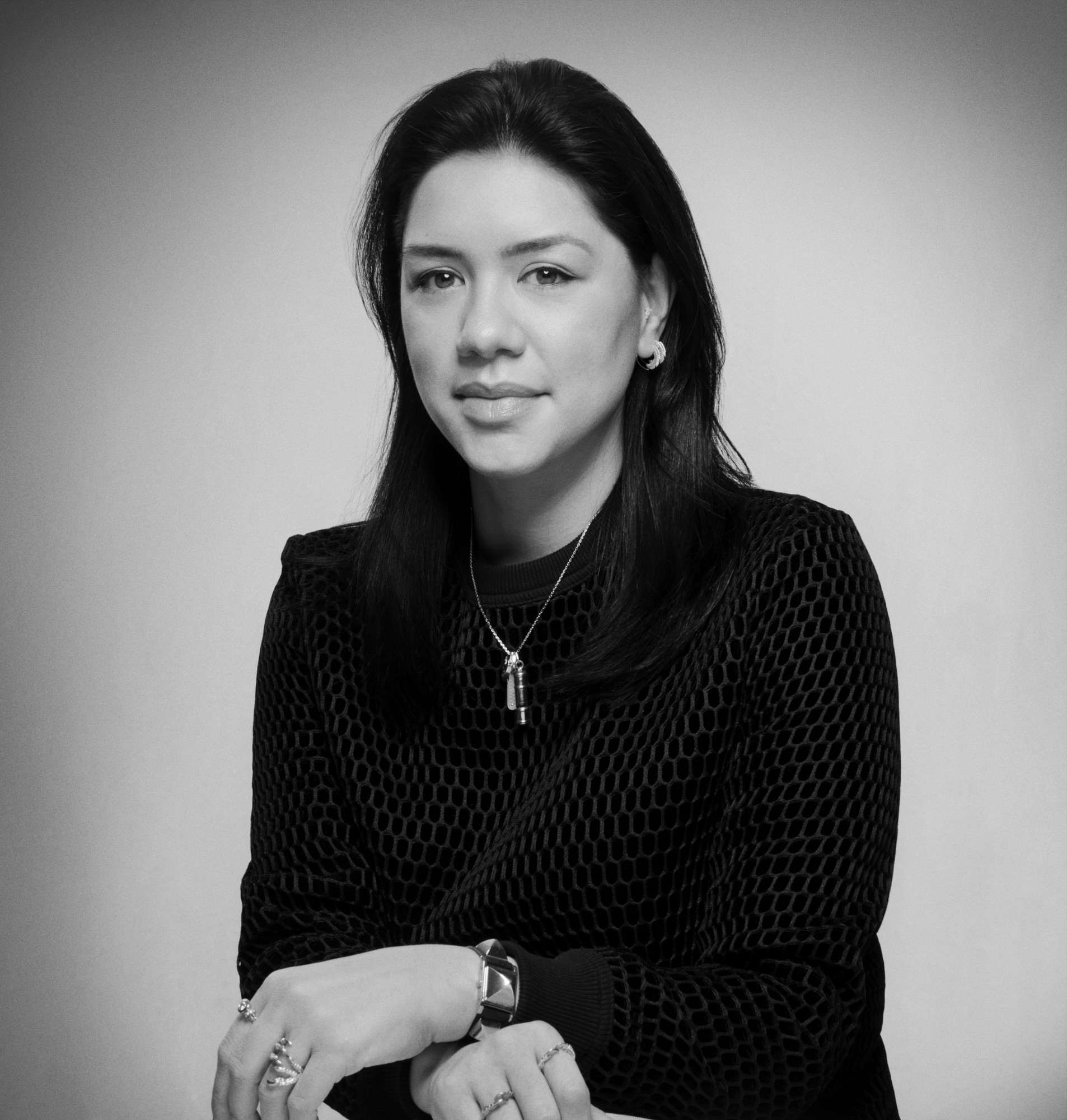 Stacey Tang is General Manager at Columbia Records UK, home to Calvin Harris, Rag'n'Bone Man, Arcade Fire, Kasabian, Mark Ronson, Foo Fighters and more. She began her career in the music industry at indie label City Rockers (R.I.P) making great tea and keeping the diary in order. Stacey made a move to Atlantic Records in 2007 where she worked with Ed Sheeran and his team on the debut album ‘+’ in 2011. She then joined Columbia Records in 2012 and has since enjoyed major successes at the label with Calvin Harris on '18 Months' and delivering Rag’n’Bone Man as the biggest breakthrough artist of 2017.

Saturday 7th October 2pm
The Artist’s Journey: How to rule the world 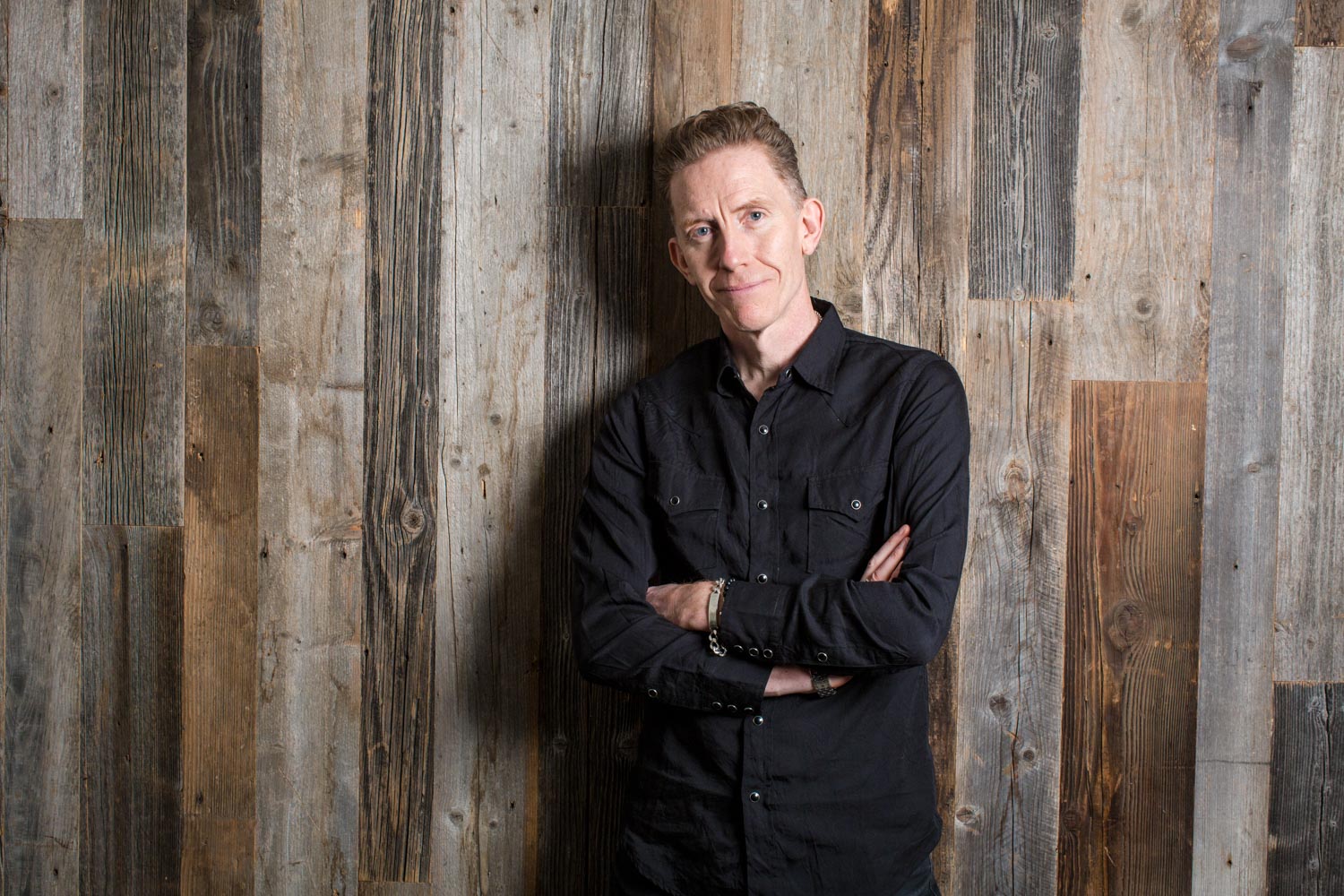 Mike Smith started in A&R at MCA Publishing before moving to EMI Publishing and signing acts such as PJ Harvey, Gorillaz, The White Stripes, The Libertines, Scissor Sisters, Arcade Fire, Arctic Monkeys and Blur. Mike then moved to Columbia Records as Managing Director where he signed Mark Ronson, Calvin Harris and The Vaccines. He also looked after Kings of Leon, Bruce Springsteen, Bob Dylan, Foo Fighters, Ke$ha and Kasabian. He’s subsequently enjoyed stints at Virgin EMI (where he inked deals with Slaves and The Chemical Brothers) and Warner/Chappell Publishing where he has overseen the signings of Liam Gallagher, J Hus and Dave since he started in 2016. 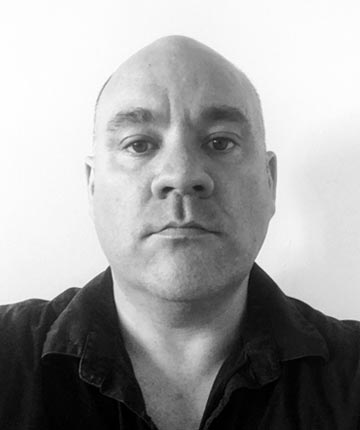 David started his career in live production and running clubs, working in lowly roles with everyone from Pink Floyd to Brian Adams as well as being a regular live production assistant on TFI Friday. His club night Bullseye at London’s Rocket night club was one of, if not the first, Britpop club in London. David has managed everyone from Seasick Steve (million UK albums) to The Enemy (no1 UK album) through to The Libertines (whom have sold 110,000 tickets in London alone on the latest campaign) and Charli XCX who has sold over 50 million singles and has had four US number 1 singles. 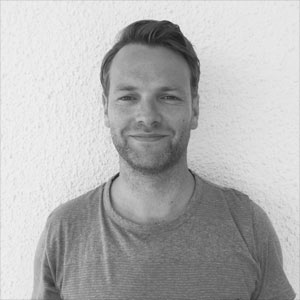 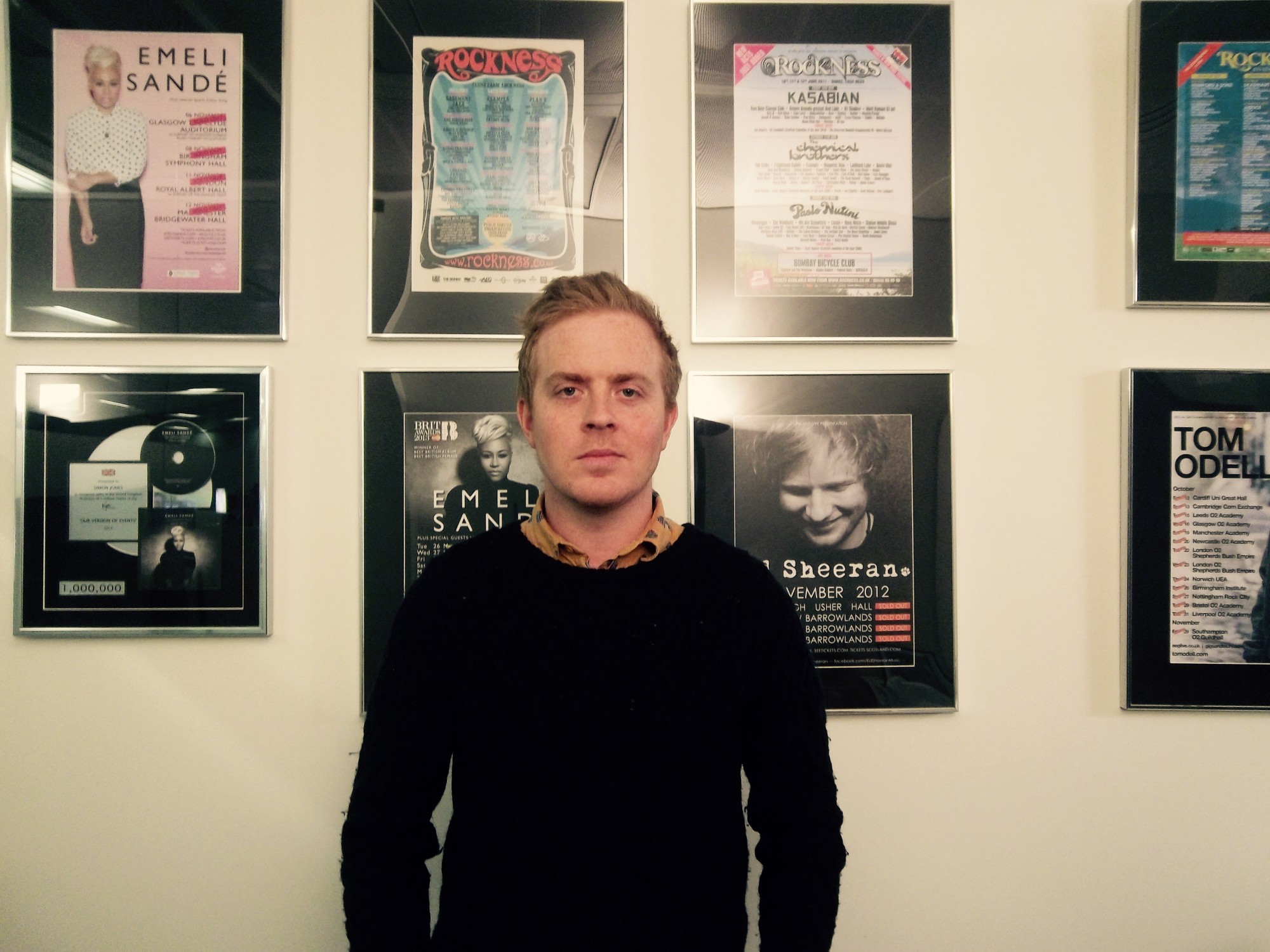 Simon is the Vice President of Live Music AEG Presents, the second largest presenter of live music and entertainment in the world. Starting in marketing, ticketing and eventually moving up from Promoter to Senior Manager to Director, Simon has built an impressive roster of artists he promotes including acts like Ed Sheeran, Justin Bieber, Shawn Mendes, Father John Misty, London Grammar, Craig David some domestically and others internationally. He is also part of the booking team for Hyde Park British Summer Time. 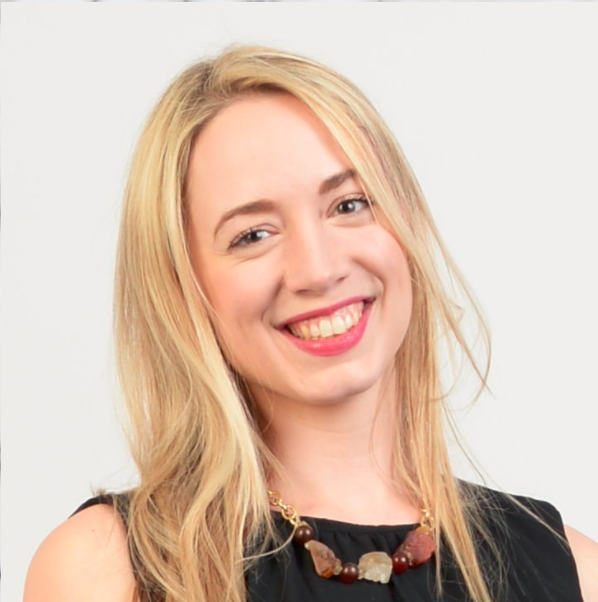 Summer Marshall is a Music Agent at Creative Artists Agency (CAA). Based in the agency’s London office, Summer represents many of the world’s leading and emerging artists, including Sam Smith, Nick Mulvey, The Temper Trap, Paloma Faith, Ella Henderson, Portugal. The Man, and Jorja Smith, among others. Summer has been instrumental in strategically building the international touring profiles of such artists as Sam Smith, who headlined arenas around the world, including a massive sold-out Australian arena tour; and Nick Mulvey who completed a sold-out theatre run in Europe in support of his debut album. 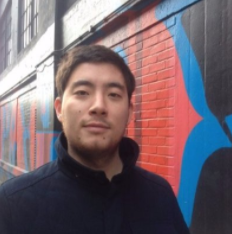 Hide Whone is an artist manager at Riverman Management in London. Having joined Riverman at 19 as an intern, now 30 his whole music career has been in management. Hide currently co-manages acts Bad Sounds, Stereo Honey and Wild Beasts, as well as the day-to-day management of iconic indie act Placebo. Hide has been instrumental in shaping the album and touring campaigns for Wild Beasts albums 'Present Tense' and ‘Boy King', and three studio album releases for Placebo. Hide has also acted as Music Supervisor on 2 Indie US feature films and produced several short films and music videos.

Chloe Melick launched inside/out in 2012 with fellow publicist Adrian Read, having worked at Polydor Records and as Head of Publicity at Sony RCA. In its first full year of operation inside/out won two Record of the Day Awards - for Best PR Campaign For A Breakthrough Act and Best Independent PR Person - and came runner up as Best Independent PR Company. The agency was shortlisted for the Music Week Award for PR Campaign in 2013 (for alt-J), 2015 (George Ezra) and again in 2017 (Christine and the Queens). The company’s client list includes some of the biggest breakthrough artists of recent years including alt-J, CHVRCHES, Foxes and George Ezra. 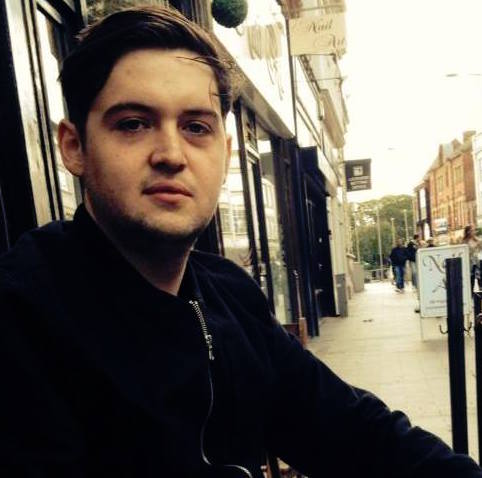 Martin Cook, Senior Radio & TV Promotions Manager at Your Army joined the company back in 2015. He currently works campaigns with artists such as Sam Smith, Christine and the Queens, London Grammar, Jax Jones, Major Lazer, Childish Gambino and Tom Grennan. Prior to joining Your Army, Martin worked for an independent promotions company and ran club nights.

If you're an ICMP student or graduate then please keep in touch and let us know what you're up to thehub@icmp.ac.uk . Also, don't forget that our careers and industry liaison team at The Hub continue to be available to you after graduation, providing advice and connections to help further your career.

If you’re looking to take your playing and performing to the next level, then why not join us here at ICMP?