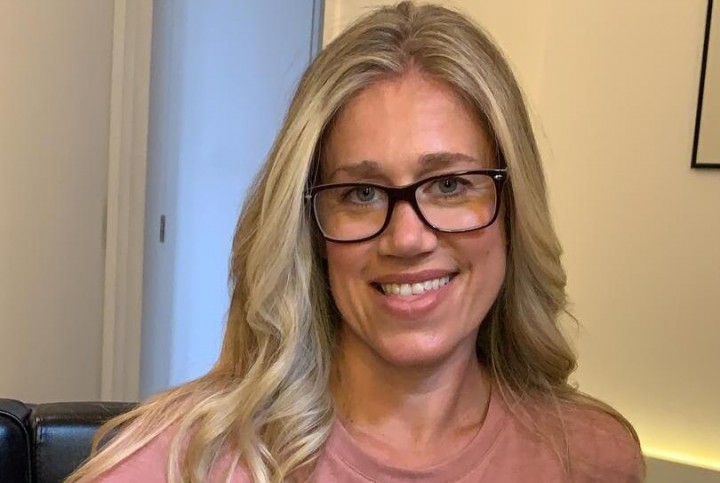 Congratulations to ICMP’s Head of Songwriting Sophie Daniels on achieving the prestigious accolade of Associate Professor.

Sophie has received the honour in recognition of her work within the professional practice of songwriting education where she has designed and delivered educational programmes since 2005.

Achieving this title makes Sophie the first female professor of songwriting in the UK.

Earlier in her career, Sophie worked in various roles as a songwriter, performer and teacher as well as in marketing roles at major labels including Sony UK and S Records.

She was behind the launch of ICMP’s MA in Songwriting and is currently undertaking research on ‘Why We Write Songs’ for a book project.

Alongside this, Sophie has released music through the ‘Liberty’s Mother’ project and is a Director of The F-List, an initiative aimed at supporting female and gender-expansive people to launch music industry careers.

It’s a great honour to achieve the accolade of Associate Professor in this relatively new, but fast growing field of research. I’m proud, not only to have been recognised for my achievements and professional practice, but to become the first female professor of songwriting in the UK."

"Diversity, inclusivity and innovation is at the heart of our thinking at ICMP and particularly when it comes to music research, where we are driving to create change. It’s brilliant to be part of what I feel is a broad and ever expanding church of education and academic excellence."

In Sophie’s role as ICMP’s Head of Songwriting, she oversees and runs events in London including recruiting and managing creative faculty alongside significant industry and education partnerships in the international world of songwriting including The Bluebird Café Nashville, The Ivors and more.

Professor Tony Harris, ICMP’s Dean of Academic Studies, said: "Congratulations to Sophie on achieving the appointment of Associate Professor. As their experiences and careers show, there are myriad routes to achieving this prestigious accolade."

The Professorship Appointments Panel looks at the individuals work in industry, teaching and learning, scholarship, and especially their cross disciplinary work through which they have investigated how music education works, or worked with other sectors and bodies such as political groups or trade organisations and with a strong emphasis on dissemination and innovation."

"A strong motivation for this is equality and inclusivity, along with innovation. We are delighted now to announce the first ICMP Associate Professors who have achieved this status, and demonstrate these values."

The Associate Professor scheme is a new part of the Research, Scholarly & Professional Practice Committee (RSPP) and a platform for ICMP to celebrate and promote its scholarly standing around research. An expert panel, using rigorous and sector-benchmarked criteria assesses all applications.

Find out more about ICMP’s RSPP