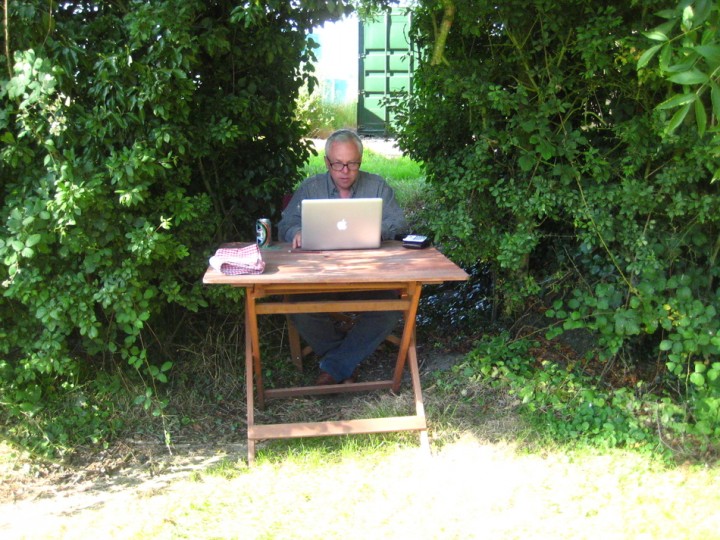 Congratulations to ICMP Songwriting tutor Julian Marshall who has released a new cantata 'Out of the Darkness' to great reviews.

The new piece is an extended work in seven movements for mezzo soprano soloist, chamber choir and two cellos and inspired by the work of Gertrud Kolmar, a poet who lived in Berlin during the Second World War with her aging father before being deported to Auschwitz.

According to Julian, he used Kolmar's poem of the same name, 'Aus dem Dunkel' or 'Out Of The Darkness', to shape the composition.

In the notes to the release, Julian said: "Written in 1937 the poem evokes powerful, dream-like images of crumbling and decay - serving as an eerie foretelling of the imminent tidal wave of horror about to hit the world.

"Deeply moved by this poem, I felt compelled to write a piece in service to what occured to me as her extraordinary capacity to stand powerfully in her experience of life whilst, at the same time, expressing this with exquisite powers of perception."

I think it is the best substantial piece of vocal music I have seen this year ... I can quite understand why the composer was so affected by Kolmar's verse, and his musical response is so emotionally hand-in-glove that they might have been sitting together working on the piece."

'Out of the Darkness' was premiered in Winchester Cathedral in November 2009 and was followed by seven more performances in the UK and Germany.

Julian first found musical acclaim with the bands Marshall Hain, The Flying Lizards and Eye to Eye before turning his attention to the composition of longer form works. Read our recent interview with him on one of his latest ventures, the Rupa Ensemble.

Visit julianmarshall.co.uk  to find out more and listen to 'Out of the Darkness' below:

If you're interested in joining our diverse and inclusive community of students, then speak to our friendly Admissions Team. They're on hand to help you find the right course that matches your ability and aspirations.