ICMP Teaching Fellow Julian Marshall tells us about his chart success, playing Top of The Pops and new venture, The Rupa Ensemble... 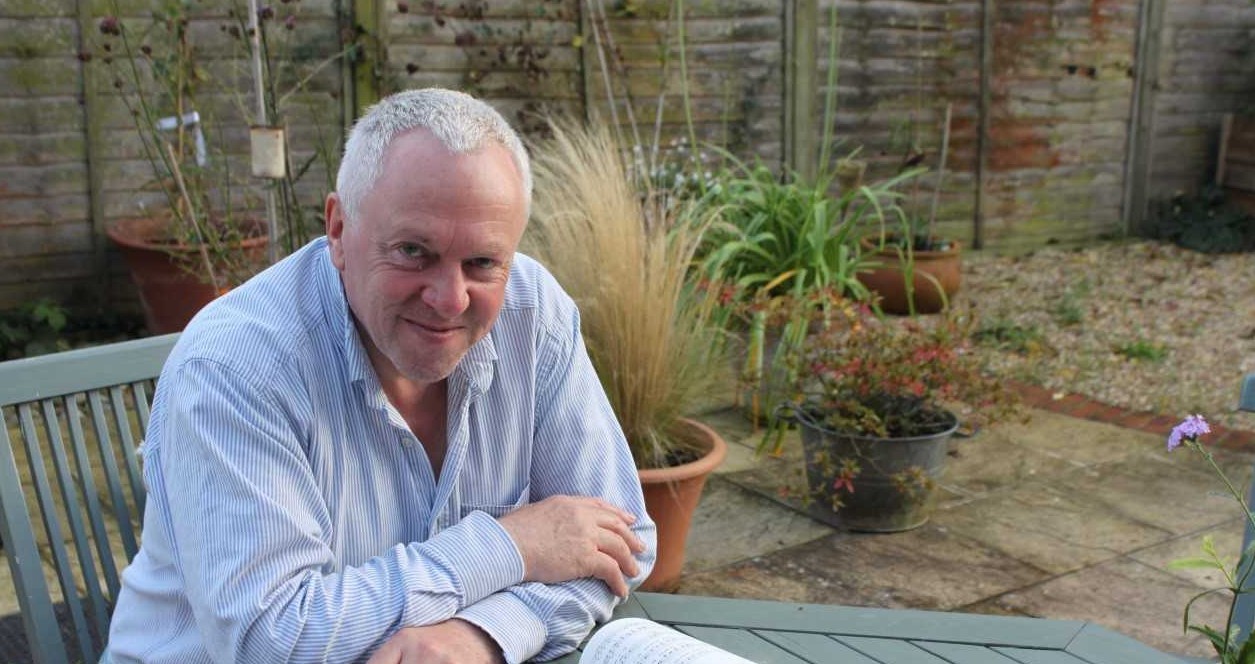 He started a new musical chapter as a composer and academic in the second half of his musical life, with his new venture, The Rupa Ensemble, set for their first performances this October and November.

Ahead of the performances, we caught up with Julian to found more about his career and this new exciting creative outlet...

How did the Rupa Ensemble come about? What were the motivations for putting the group together?

Some years ago I found myself simply falling in love with the smaller vocal ensemble sound. It’s a sound-world that I find myself especially drawn to, both as a composer and as a listener. Finally, having spent the last several years writing music with these forces in mind, I felt it time to take a deep breath and form an ensemble of my own.

I love ‘events’- I love concerts, the ritual of concerts, and felt that I wanted to explore this territory more deeply myself – allowing for all kinds of experimentation in terms of how we perform, where we perform and our audience."

I’m excited at the prospect of seeing how these ideas might evolve over time.

You have a series of live performances coming up - what should attendees expect?

Well, I’m most fortunate in having an octet of truly outstanding, top-pro young consort singers so the singing and sense of ‘ensemble blend’ should be really good.

My background, in terms of style and genre, is incredibly mixed, and this definitely comes through in my songwriting. I love beautiful, crunchy harmonies and strong melodic and rhythmic elements too. I love the sound of acapella voices together so I hope people will experience something soulful, beautiful and invigorating! The mix of music on the programme (half mine and half other writers) will reflect this too. It's diverse and ranges from the seventeenth century to the present day.

You enjoyed international chart success with the bands Marshall Hain, The Flying Lizards and Eye to Eye. What are your favourite memories from your career?

The fun ‘game’ of it all! Being on Top of the Pops and the sets looking pretty shabby and not at all like they did on the telly; going into a transport cafe in Wales and putting 'Dancing in the City' on the juke box and watching people sing along, tap their feet etc; recording ‘Money’  with The Flying Lizards at home on my piano and not thinking for a second that what I’d just played on could get anywhere near being a hit. Then, some weeks later in the cutting room, hearing what that genius David Cunningham had done with it … and thinking, OMG it could be a smash.

What else? Well getting a call from Gary Katz (Steely Dan producer who were ‘the gods’) out of the blue, having had a massive flop with our first Eye to Eye single (‘Am I Normal?’) and him asking us whether we’d like him to produce our first album;

Having tea with Kate Bush and hanging out with her at Abbey Road; being introduced to Keith Moon by Paul McCartney (although that evening had a terrible dark side, as Keith Moon died later the same night), me and Diana Ross in a studio together playing through songs she was about to record to find best keys for her; sitting in on some of Donald Fagan’s ‘Night Fly’ solo album sessions. All good, no, AMAZING stuff!

Want to hear about the not so good stuff? Another time, perhaps!

And how did you get from there to the world of academia and composition?

I come from a family of teachers and have taught, on and off, since I was 17. When I left Polydor A&R in 1988, I was really clear that the ‘record company ladder’ was not one I wanted to climb any further. I wanted to work much more directly with people making music. Teaching was the obvious choice. Actually, I’ve never thought of teaching as a career, per se. It’s simply all about interacting and relating with people and trying to enquire into how and in what way they might best resource themselves in order to move forward. It’s just a great way to be with people. Thinking of it as a career feels disrespectful, somehow!

In terms of composing, well I’ve kind of always composed, really. I wrote for the school choir when I was 17 and then went on to write a lot of jazz pieces and then got into songwriting. I’ve always seen ‘music as music’, and I’m drawn to different forms of expression via various stylistic ‘dialects’ as I’ve grown older.

The thing I am most motivated by, really, is text and looking into how the music may best serve the text and evoke the potential experience lying within. It’s a process of enquiry, trial and error.

For aspiring songwriters, music creators and composers, what's your top piece of advice?

Splurge and craft. Trust the instinct, honour the evaluation and be unattached to outcome. You need to set aside proper time for structured music practice and songwritng every day.

Listen widely, way outside of your comfort zones. And practise mindfulness.

After the gigs, what is planned next for the group?

Good question! I want to, first of all, take stock of the concerts themselves and reflect on the whole experience. Then, from here, make choices and whatever plans seem appropriate and inspiring.

by Jim Ottewill
October 17, 2018
ICMP Life
Back to Blog Home