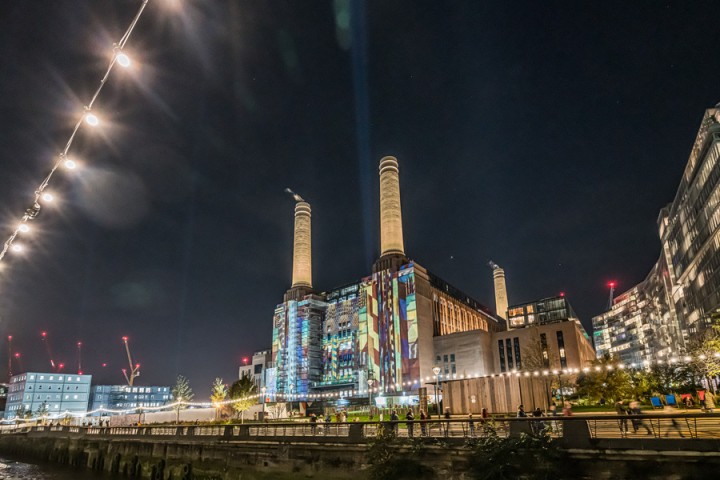 ICMP’s Jaan Hantson has helped create the musical soundtrack for the Line of Light festival, a celebration of the Northern Line tube extension in London.

The project saw a daisy-chain of high-density light beams illuminating the new stations and painting the route of the tunnels in the sky to create the line of light.

A selection of buildings along the route were lit up with a series of visual projection accompanied by soundscapes created by ICMP Music Business Fellow, creative producer and music consultant Sam Jones.

He worked with local groups and students from the Royal College of Art to make a specially commissioned audio ‘album’ of the area, inviting Jaan to help add extra sounds and atmosphere to the recordings.

Sam sent me all the soundtracks for the Line of Light Festival, together with a very clear brief. I had the freedom to listen to all the tracks and then suggest where and how I could add more to make them more interesting and engaging."

"Since there wasn't a score, I really had to find out the key of the song and the chords that were played. Then I experimented with my synth to create sounds that would fit, adding effects such as reverb and delay to add atmosphere.

"I loved working on it and it definitely helped me further develop the much-needed skill of 'less is more'. It was all about playing and adding really subtle melodies and sounds." 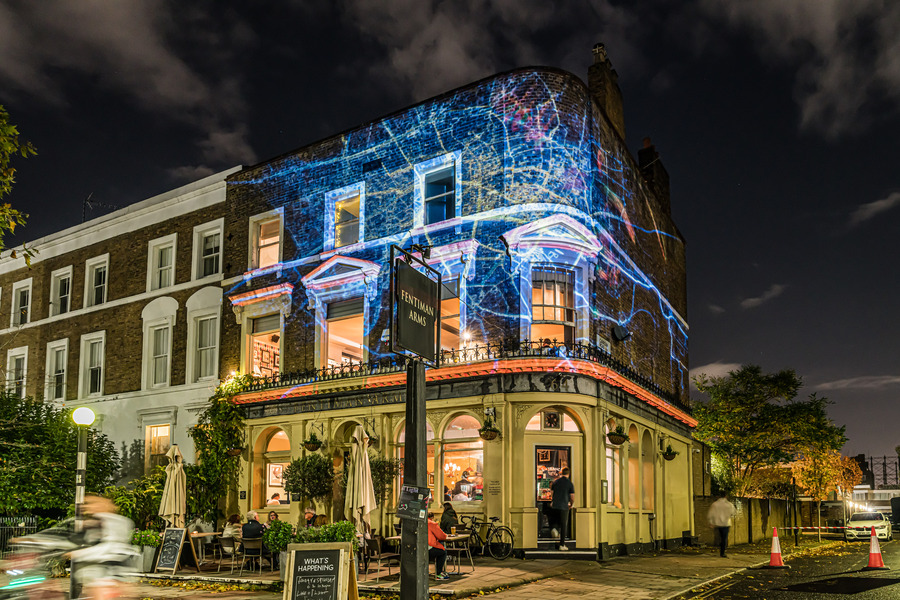 Sam Jones, ICMP Music Business Teaching Fellow, said: “On the Business of Production module we try to filter as many work opportunities to students, paid whenever possible."

Working with Jaan on this was an absolute dream, I let him have the brief and within a few hours I had some fantastic musical contributions which worked perfectly with what the client was looking for."

The project, presented by the London Borough of Wandsworth and London Borough of Lambeth, was a celebration of the new line with the communities who live and work above the route between Battersea Power Station, Nine Elms and Kennington Tube stations. The visuals were created by Projection Teknik.

Visit lineoflightfestival.com to find out more about the project.