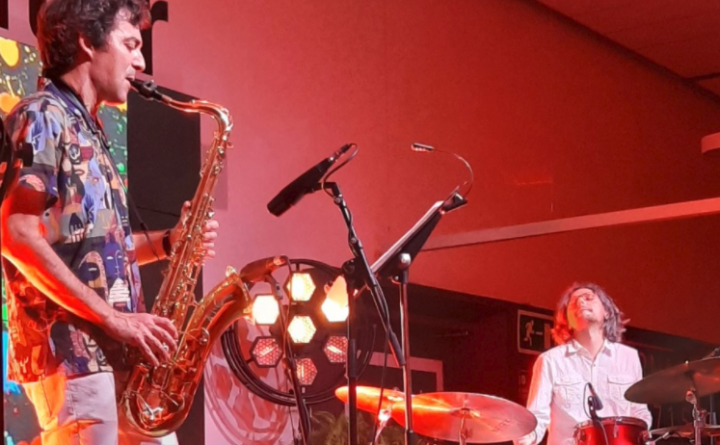 Currently based in San Sebastian, YEYO created the track as part of his DOS project, alongside directing and producing a video with illustrator Gina Urazan Razzini. ‘In’ is the third single of the EP ‘Super’.

YEYO was one of the winners of backing from ICMP’s Accelerator Fund call for proposals, using the support to help fund the post-production of the video made by producer David Garces.

David has previously worked with DOS for ‘UP’s video, the EP’s second single and final piece of music from a residency funded by an IDARTES grant and the support of the ICMP.

James Brister, ICMP’s Industry Liaison Manager, said: “We were delighted to support YEYO for his latest musical project and video.

YEYO submitted a great application to the Accelerator Fund and we were pleased to offer him backing to take his career as a producer, drummer and composer to the next level."

YEYO said: "To premier 'In's video last week has been a real joy for me! After composing the music I had already some images of the video in my mind, so being able to see the complete piece on screen has been a blast! Also, to have worked with such a creative visual team to make it happen, was a big pleasure.

On the other hand, I'm really happy about having been awarded with the Accelerator Fund and to count with the ICMP's support for the video release. Awards are definitely beautiful signs that hard work is a good companion and that one is following a right and exciting path! "

The video was launched before the starting of DOS’ most recent and sold-out concert on 21st August as part of the Kutxa Kultur Gauak agenda at Tabakalera, the International Centre for Contemporary Culture of San Sebastian.

Sergio Rodríguez Vitta (YEYO), ICMP alumnus, drummer, composer and producer currently based in San Sebastian (Spain) has enjoyed great success, touring and recording in The Netherlands, the UK, Spain, Colombia and Mexico, as well as performing with the likes of La Severa Matacera, Sergent Garcia, Mr. Symarip and The Question among others.

Alongside his own DOS musical project where he composes and produces, he works as a live drummer for different acts and as a remote session drummer for a variety of singer songwriters, composers and producers worldwide.

Visit yeyodrummer.com for more information and read his guide to working as a remote drummer.