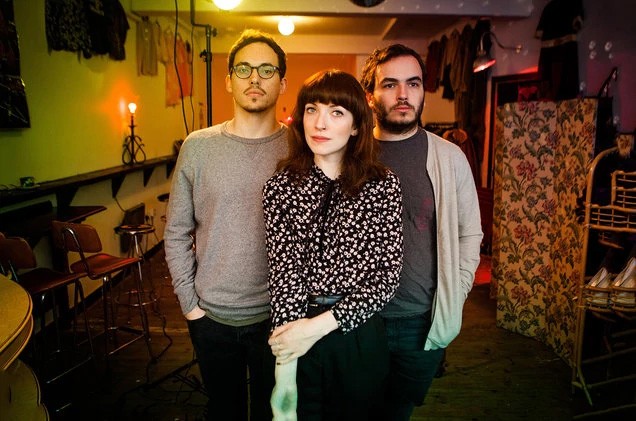 Daughter, featuring ICMP Songwriting alumna Elena Tonra and Igor Haefeli, have been nominated for an Ivor Novello Award for their score to the video game'Life is Strange: Before the Storm'.

The release has been nominated in the category of Best Original Video Game Score.

Elena remains a close friend of ICMP after she completed her studies and was a guest at our April Songwriters’ Circle event. She formed Daughter with fellow ICMP Alumni Igor Haefeli, (who also studied Songwriting) and Remi Aguilella, (who studied a BMus in Popular Music Performance as a drummer), and some of her best loved songs, including ‘Youth’, were actually started at ICMP, in workshop sessions.

Daughter will be up against ‘Hellblade: Senua’s Sacrifice’ composed by David Garcia Diaz and Andy LaPlegua and ‘Horizon Zero Dawn’, composed by Joris de Man, Joe Henson and Alexis Smith in the category.

Elsewhere our alumnus from when ICMP was known as The Guitar Institute Fraser T Smith has also been nominated in the Best Contemporary Song category for ‘Question Time’, his co-write with rising UK rap star Dave.

The Ivor Novello Awards take place in London on Thursday, 31st May. Find out more about the nominated artists.

Listen to 'Burn It Down' from the soundtrack.