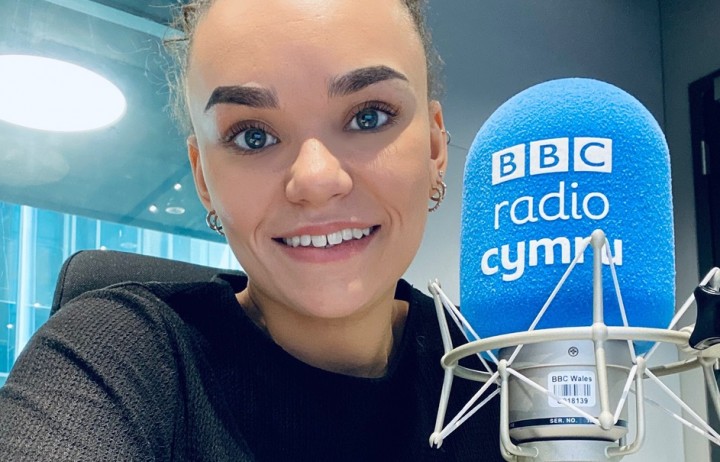 Congratulations to ICMP’s Music Business and Entrepreneurship alumna who has landed a job as a presenter for BBC Radio Cymru.

The role came up after Lauren recorded a pilot for the broadcaster back in November 2020. She’s since been asked to return to present their drive time show.

"After recording a pilot for Radio Cymru back in November 2020 I was asked to return to the station to present the 6-8 drive time show. The pilot initially came about after applying for a different position but I'll be presenting the show until the end of May which I'm really excited about.

Hopefully, similar opportunities will present themselves in the future, for now, I'm just enjoying the show and absorbing the excitement of ticking something off my bucket list."

Lauren is following in the footsteps of her dad who enjoyed several roles within the world of broadcasting.

"Growing up my dad presented on many different stations including RedDragon FM, Real Radio and covering on Radio Wales. I spent a lot of my childhood in radio stations and going to events with the station and always found this world absolutely fascinating."

Lauren has also been working at BBC Cymru Fyw, helping to produce and post social media promotion for some new Welsh podcasts on BBC Sounds.

Well done again to Lauren - you can listen to her most recent broadcast here.