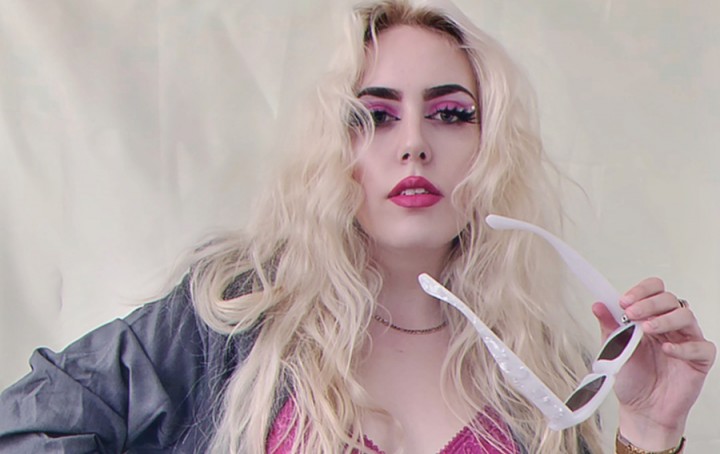 ‘Don’t Text Back’ is the latest release from our former student, with this latest track aiming to simultaneously raise awareness and money for minority groups.

Describing herself as “an unapologetically gay DIY pop artist who has created the perfect score for your late night party with her signature ‘hungover-pop’ sound”, Foxgluvv’s music blends her love for the eighties with more contemporary dream pop styles.

As with previous releases, this latest song is co-writer with Foxgluvv's long-term collaborator and fellow ICMP alumnus Scott Colcombe.

With the importance of uplifting the Black Lives Matter movement and also wanting to recognise Pride Month, I wanted to attempt to use the release of 'Don’t Text Back' for some good.

"My new single is now on Bandcamp to purchase, with an exclusive B side track 'Crush 2.0', to raise money for UK Black Pride. Please visit foxgluvv.bandcamp.com to donate and support.”

'Don’t Text Back' is accompanied by a quarantined music video. Directed, filmed and edited by Foxgluvv during self-isolation, music video is "an eccentric experience to champion DIY artistry".

Previously, Foxgluvv has been championed by Billboard Magazine and has been a regular performer and songwriter around London's live scene.

Listen to the track below and check out our previous Audient Session with Foxgluvv.