We catch up with our alumnus and electro-pop futurist CJ Brogan to learn more about him and his music... 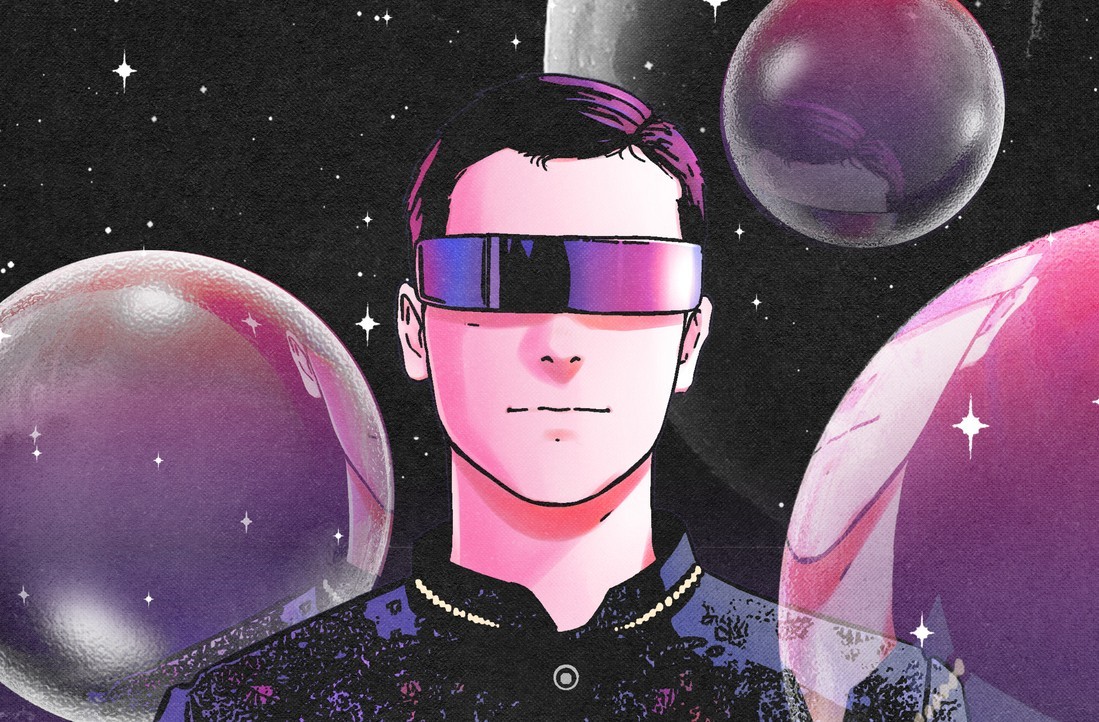 Our alumnus Cameron Brogan Higgins’ musical career as artist CJ Brogan has been picking up pace of late with new music, videos and awards coming his way.

As a student on our BA in Creative Musicianship degree, Cameron has equipped himself with many of the skills to turn heads with his tracks. So far, his electronic releases as CJ Brogan have received plenty of acclaim from the likes of Wonderland Magazine, Fame and more.

Here, we catch up with Cameron to learn more about his music as CJ Brogan and how he marries visuals and holograms with futuristic sounds to great effect…

I wanted a contemporary take on a modern music degree, not too heavily based on classical theory and a really well rounded approach to becoming a modern artist. It wasn't until later I realised that ICMP was the best place for real creatives.

What have been the key things you learned while with us?

One of the most important things I learnt was how to blend all areas of your approach to a project together to form your final piece. This meant aligning your recording, production, performance and all aspects of your piece under one theme and identity and tell the story and create the art you want to make."

Learning under Shane Beales, Luke Toms, Mark Roberts, Erika Footman, Marcello Ruggiu and many others helped consolidate this ideological approach towards my work.

How did the CJ Brogan project start?

This particular project had a sci-fi and futuristic aesthetic and an identity that evolved from many influences. I was living in a 'hyper city' (Dubai), have been a technophile as long as I can remember alongside a love for physics and the philosophy of metaphysics. I wanted to make a sound from the future, but in a sense of retro futurism. This is what people in the past picture what the future is like and its really fascinating to me, and also nostalgic. The original draft was created during my time at ICMP but lay dormant for quite some time. I think shelving projects is necessary to progress sometimes as is creating a journey, and sometimes that means returning to the past, ironically the theme of my following single.

How did the 'Stereo Passion' track and video come about?

I have always loved pairing visual aesthetics with music. During my time at ICMP, I programmed holograms and demonstrated them during my Live Music Technology Class with my professor Marcello Ruggiu. This translated into my approach for creating this project. It had everything from custom built real life laser guns from a German electrical engineer, to using sound reactive and programmable clothing such as face masks and sunglasses, shooting in dreamscape locations as seen in the video and even importing a costume from India to the Middle East where we filmed.

All of this came to fruition slowly after graduating. At this time I was still unable to walk without crutches due to tearing ligaments in my leg which took over a year to recover from. I had a lot of time on my hands as I couldn't work or be active. I was working on instrumentals and in touch with several PR agencies to run marketing campaigns for my music. In order for most of the reputable ones to work with you, you tend to apply and to see if you are up to their standard or if they think your sound is good enough to start the long process of marketing a song. I gained Mastermind Promotion's notice as I had achieved 124K listens on SoundCloud doing self promotion for a track I released and also had sent them several potential new songs. Although the first few were declined, we continued conversing and when the recording of 'Stereo Passion' was complete, we knew this was the one. I honestly was surprised at my own ability having created this new level of sound in my own world of musicianship and songwriting too.

My work with visual mediums and technology comes from my love of technology and seeing its capabilities.

There are times when we can suspend our disbelief and witness something that seems like magic and feel like we are immersed in a fantasy dream world and anything is possible. For me technology and sound is one of the ways to achieve this."

I have many visual projects, some 10 minutes long, that took the best part of a year to create using everything from my childhood cartoons to simulations and fractal geometry like the Mandelbrot set. I also have a deep appreciation for animation and art which I feel influences my decisions to express my work as I do.

Do you have any advice for anyone interested in working with this?

I advise anyone interested in creating mediums such as this to deep dive and create something bonkers to fully realise the extent of your potential. Without worry of conformities or norms. Create something extreme then go a step further. Then when you want to make something simpler, you can do it with much more fluency, and bring a pinch of that craziness into your serious work to make it really stand out.

Connect with CJ Brogan on Instagram and look out for new music coming soon.

by Jim Ottewill
March 28, 2022
Creators
Back to Blog Home