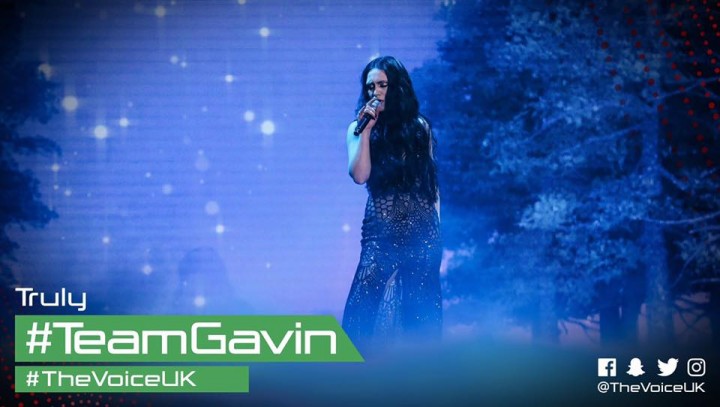 After performing an outstanding version of Ellie Goulding’s Lights, ICMP Songwriting student Truly Ford was selected by judge Gavin Rossdale to progress through to the semi-finals of the competition.

Truly was picked by Bush frontman Rossdale after performing ‘Dakota’ by Stereophonics in the Blind Auditions, and has enjoyed success in the Battle Round and the subsequent knockout rounds. She has become a firm favourite on The Voice UK and we are very proud of her!

"The most complete artist in the show"

As her profile continues to rise, Truly has already been featured across the media including appearances on 'Good Morning Britain' and in 'OK Magazine'.  Described by Rossdale as “the most complete artist in the show”, she has been complimented not just on her unique voice, but also her style and star quality.

Talking about her time studying with us, Truly said:

Coming into ICMP, I already had music industry experience however I still had a lot to learn. ICMP have been so supportive and I have learnt so much about songwriting since being at ICMP. I've gained so many friends for life and the environment of being around so many inspiring musicians is just the best feeling in the world. I would recommend ICMP to anyone wanting to become a better musician, better performer and to have the best time ever!"

The Voice UK semi-final airs live on ITV on Saturday night (25th March) from 8.30pm.  Only four acts will go through to the final and once again the power lies with the viewers at home, as the public vote to save their favourite singers.

We know who we will be voting for!