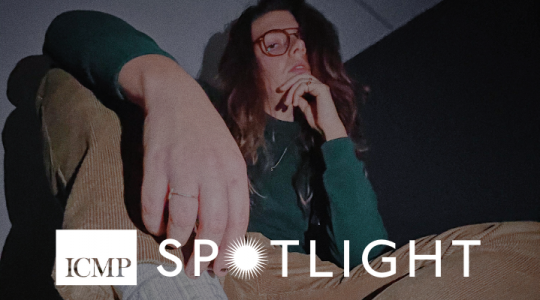 Each week we present a student or graduate music project, making it our #ICMPSpotlight.

Harley Mary (Mariarita Dona) is a gender-fluid songwriter and producer currently studying on our BA Creative Musicianship programme. Originally coming from an indie-pop background, she developed a "nostalgic interest" in the clubbing scene and its iconic music during lockdown, something which led her to set a new musical environment at home and produce soft house tracks.

Fluid and Changeable (interlude pt. 2) is Harley Mary's latest release. She told us that the track was inspired by "Saying Goodbye To Binary Gender", a TedX talk by Pani Farvid, Senior Lecturer in Psychology at Auckland University of Technology.

The aim of this song is to spread more awareness and visibility for non-binary people, especially artists, who don’t have the same access to the Music Industry as cisgender people do.

The song was produced by Harley Mary herself and released during Transgender Awareness Week (13th-19th November).