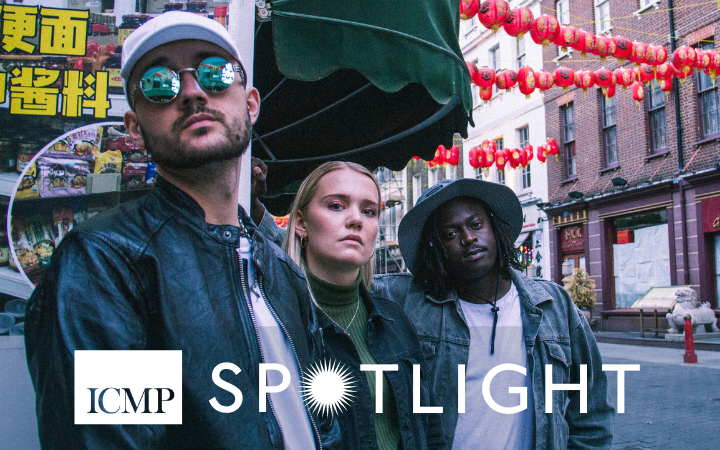 Each week we present a student or graduate music project, making it our #ICMPSpotlight.

The three artists have thus far combined their forces to generate a discography produced and written entirely by themselves. The trio met in 2018 while studying music at ICMP and SSR London respectively, and founded the collective at the beginning of 2020.

All coming from different musical backgrounds and having different strengths, they have managed to create a unique sound with influences from many genres such as Hip Hop, Soul Pop and Electronic music. The different musical styles and inspirations come together for a distinctive blend that includes fast-paced, heavy bass-driven and melancholic sounds. Being made up of artists with their own music catalogues, the collective hosts a platform on which they can help push solo and collaborative projects for and from each other.


As individual artists, they have already had notable successes within the music industry which include: being played on BBC Radio Derby, reaching nearly 200k views on YouTube, production credits to a track that was recently premiered on SBTV as well as press coverage from both featmag and Modèle Magazine.

The collective will continue to release music throughout the rest of the year and is going to perform for the first time together on Friday, 9th October at 93 feet east at Ella Eliza's first show of this year. Be sure to stay tuned for what A.S.U.N.D.R. Collective is yet to release and make sure to get your tickets to catch their live debut performance as a collective in October.