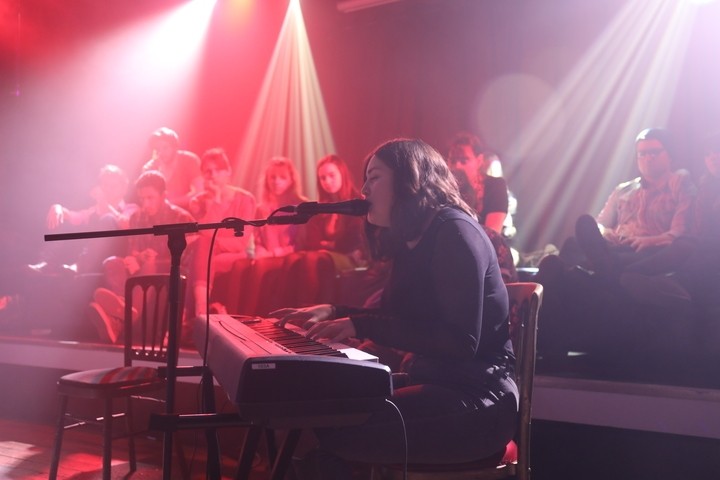 ICMP recently hosted a fantastic Songwriters’ Circle at Proud Camden, an intimate and inspirational venue in Camden at the centre of London’s live music scene. Featuring guest artist Lauren Aquilina, who is signed to Island Records, the event focused on protest songs and featured material with a social or political theme.

What is the ICMP Songwriters’ Circle?

This is a monthly event led by our highly-experienced songwriting teachers and music industry professionals. Open to all, ICMP’s Songwriters' Circle attracts writers, musicians, music lovers and music industry executives, encouraging a unique and diverse blend of people to come together to discuss and enjoy quality songwriting. Staged in an intimate setting, the audience gets an exclusive opportunity to hear songs in their most stripped-back form, with the songwriters themselves sharing personal insights into how the songs have been created.

During the interval, Tim interviewed Lauren, who spoke very candidly about her experiences as a young writer developing a career with a major label. She discussed managing expectations and dealing with success and was refreshingly frank and honest when discussing how this affected her mental health. This provided great advice and personal insights that are invaluable to students of songwriting. And Lauren is in a great position to provide such advice -  having enjoyed a meteoric rise to fame at a very young age, she released her first EP during her final year in school, building up millions of YouTube followers and receiving praise from stars such as Taylor Swift, who invited Lauren to open her show in London’s Hyde Park. 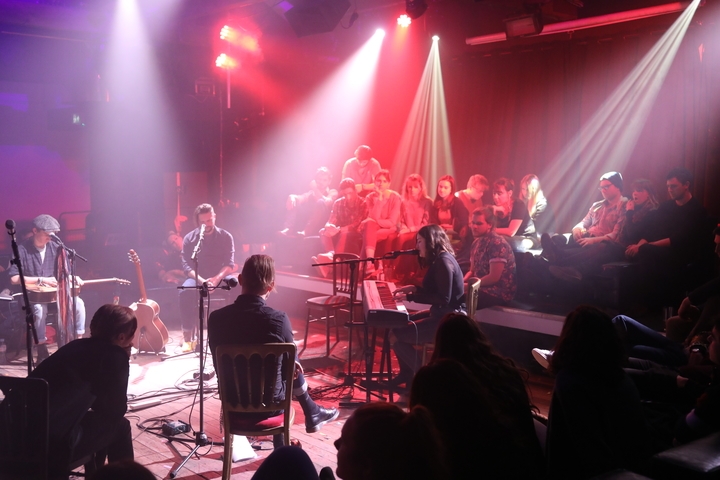 Who is Lauren Aquilina?

Bristol-born singer/songwriter Lauren Aquilina began her musical career at the tender age of 13 when she began uploading home recordings to her YouTube channel, where she built-up a formidable fan base of admirers. Her influences were wide and varied, from the pumping house music of her younger years, to the rotation of Coldplay and Stereophonics on the family car stereo, which eventually inspired her to write her own songs from a young age. In 2012, she released her first EP, Fools, during her final year of school and went on to perform shows across the U.K. Her meteoric rise to fame continued as she surpassed two-million YouTube views of piano-led covers of pop songs by artists such as Justin Bieber, Lana Del Rey, and Ed Sheeran, and she released the video for lead single "Fools." Praise came from many different outlets, noticeably from pop superstar Taylor Swift, who invited the young singer to open her London show at Hyde Park. Lauren's first full length album 'Isn't It Strange' was released in 2016 on Island Records

Why studying songwriting is important

Jonathan Whiskerd, BA Songwriting Degree Programme Leader, who is a mainstay of the ICMP Songwriter Circle events and a fantastic songwriter and performer in his own right, had this to say afterwards:

We are extremely proud of this event, which is the beating heart of the vibrant songwriting community we have built here at ICMP. It brings together students from across all years of the programme, our MA students, our graduates, our tutors and our industry friends, providing an opportunity to celebrate a love of song craft. Studying songwriting at ICMP provides students with this kind of opportunity alongside more traditional teaching and learning; having the opportunity to play in the same rounds as some of their writing idols is aspirational for them and inspiring for the rest of the community.