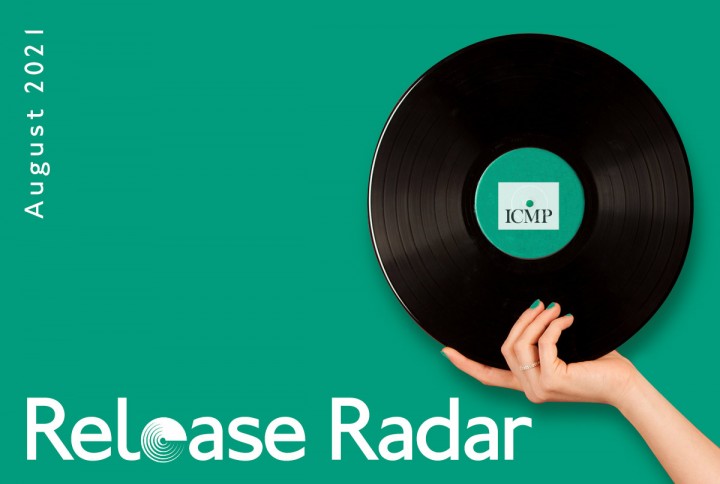 SOPHIE KILBURN • I'm In Love With My Therapist 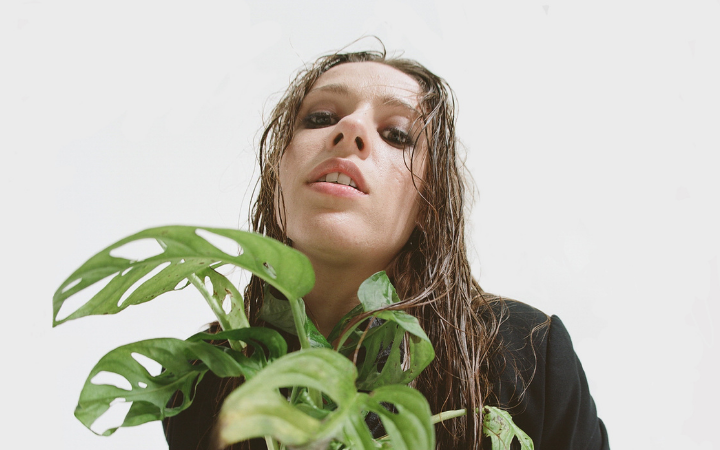 Sophie returned with fiery indie-pop single "Movements", which was the first installment off her debut EP My Room Made Public. Now she digs emotionally deep with her second single off the project, “I’m in love with my therapist”, continuing to question how much of our lives should we share?

‘I’m in love with my therapist’ is the second installment off Sophie’s EP My Room Made Public, digging deep and asking how much of our lives should we share with the world?

The track is a 90s inspired indie-pop belter, with an addictive hook and unapologetic lyrics that pierce through the heartstrings to say the unspoken. A song that unpicks how the need to be loved can quickly turn into an obsession that is projected onto a stranger.

The music video was shot with an all-female team led by DOP and Creative Director Marieke Macklon (Pixey, The Howlers), taking influence from the Truman Show and the reality TV world, exploring the obsessive nature of anxiety and depression and the longing to escape through self-made personas and relationships.

“I wanted the video to encapsulate the oversharing aspect of the EP project, to be personal and emotionally explosive. It is also a visual introduction to me as an artist, inviting people into my world. It battles with what is in my mind and what is reality, laying it on the table for everyone to watch to the point of being uncomfortable.” 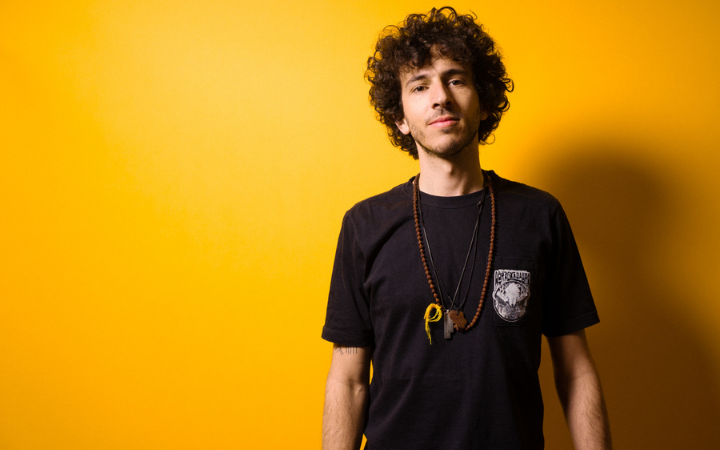 Thiago ‘Trosso’ is a Songwriter, performer and producer born in Brazil, based in London. Since 2003 Thiago has been part of the Ska/Punk/Reggae scene, sharing stages with many of his idols, and playing as a session musician in his home country, he moved to the UK in 2015 to expand his musical and personal boundaries.

With the goal of building a career as a songwriter and solo artist, Trosso joined and finished his MA Songwriting degree improving his overall skills and opening the path for co-writing with numerous artists around the world touring in 13 countries covering 4 different continents.

His recent release ‘Saying Yeah’ saw Thiago partnering up with LA based Music Library 10 West, in an exciting innovative project to showcase artist’s bodies of work within the library world. Combining his love for alternative and pop music with his multi-instrumentalist and producing skills, Trosso crafts unique sounding melodies and arrangements. Also, having a background in mixing and mastering, the songs came to life at his home studio, with collaborations from talented writing partners like Jeremy Webster, David Boyden and Melisa Mia. Throughout the album influences like The Clash, Tame Impala, Bob Dylan and Justin Timberlake can be spotted. 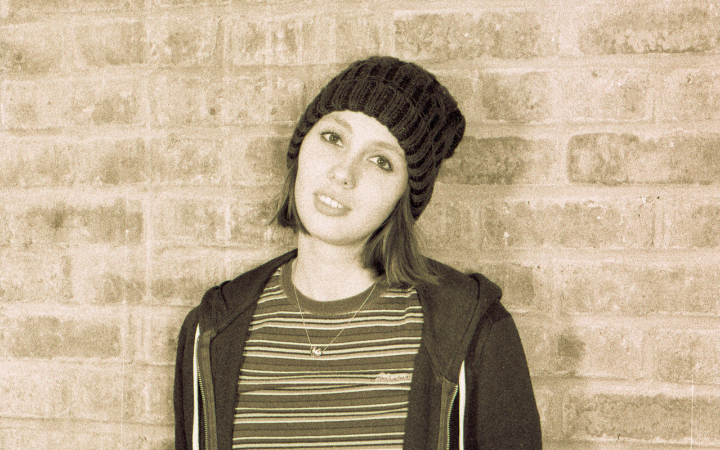 Jessi Pe is an emerging artist, carving her own path in the alternative pop sphere. From the south of Germany, Jessi grew up immersed in musical theatre, picked up a guitar at ten years old and started sharing her feelings through song. While traveling the world, sharing stories in California, Spain and Texas, she honed her craft with friends, before settling in London in 2018, studying in our BA (Hons) Songwriting Course.

Jessi’s music could be described as alternative pop and indie pop and is inspired by indie artists such as Florence and the Machine, Of Monsters and Men, and Birdy as well as by singer songwriters like Amy MacDonald and James Blunt. Her singles have been featured on multiple indie, pop and indie pop playlists as well as aired on several radio stations e.g. Belter Radio, West Norfolk Radio, Big Indie Giant Radio.

Jessi has also been performing an acoustic live show, playing at cherished grassroots venues around London such as Indigo Eve Presents in Kilburn and Hotvox Presents at Dingwalls and supported artist Maki Flow at her Debut EP release through Bright Nights at the Old George on the 15th of July 2021.

Sharing the meaning behind the song, Jessi Pe said:

“The song touches on shared life experience, human limitations and the significance of learning how to accept ourselves in moments of struggles. It is a reminder for when we are overwhelmed, pushing ourselves too hard and then to give ourselves grace to be okay with being human and living in the moment.” 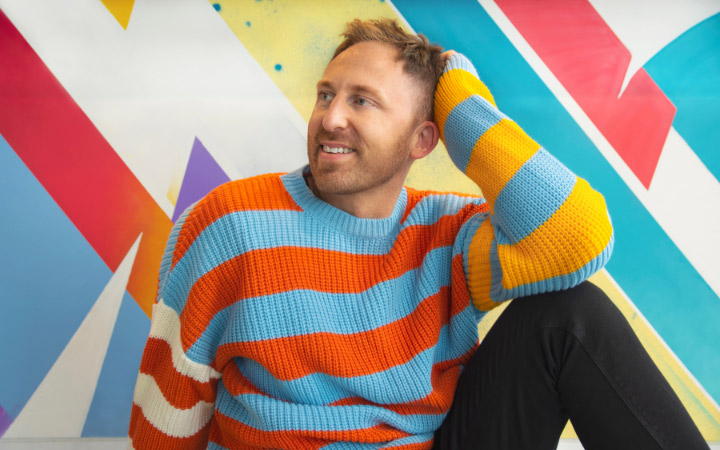 Damian Jones is an Australian, singer-songwriter, and MA Songwriting alumn based in London. After starting their journey in songwriting over two years ago they have been writing and creating non-stop ever since. The culmination of which came with their debut track 'Hold Me', in June. They take inspiration from an eclectic collection of genres, eras, and artists - from Motown and 80’s UK pop, to Ed Sheeran and Madonna.

Since releasing their debut track Damian has now produced a remix of his track Hold Me, called the 'Summer Of Love '88 Remix'. The remix draws heavy inspiration from late 80s UK house and pop and the explosion of the illegal rave scene during this period. 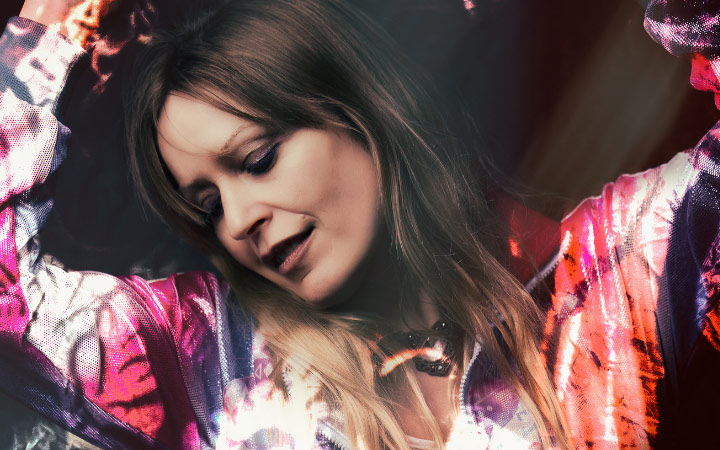 Illustra is the electronica project of Lucidia Omamori (vocalist, harpist and songwriter) and Rafael Marchante Angulo (guitarist, singer, songwriter, and producer). They have been making music together since 2010 as the duo named Shrinari. Lucidia attended ICMP and graduated with a first-class honours in BA (Hons) Songwriting 2020.

‘Harbin’, the debut single of this new project, sees Rafael, from Valencia, Spain, using his production style throughout as a way to celebrate the legacy of the Cafè Del Mar, and Buddha Bar music scenes, combining chilled beats with devotional chants, yet also encompassing the simple human longing for love and connection.

Lucidia wrote the track whilst she was at ICMP in her third and final year. In response to feedback received by her songwriting teachers, she focussed on writing songs with a more commercially viable structure, which gave her permission to explore another aspect of herself artistically.

Lucidia spent a lot of time in India as a teenager in the 90’s and this sound is reminiscent of the music of the time. In her own words:

“The track depicts the search for union, which pulls on our emotions and longs to be expressed in the physical through intimacy and our innate desire to merge with the beloved in each other and also with the divine.”

As a duo, Shrinari have played at alternative festivals including Boomtown, Sunrise, All about Love festival and were recently featured on BBC Radio Bristol’s 2021 Airwaves Festival. Shrinari are about to release their new album this summer, 'Hold onto the Hope though!'.