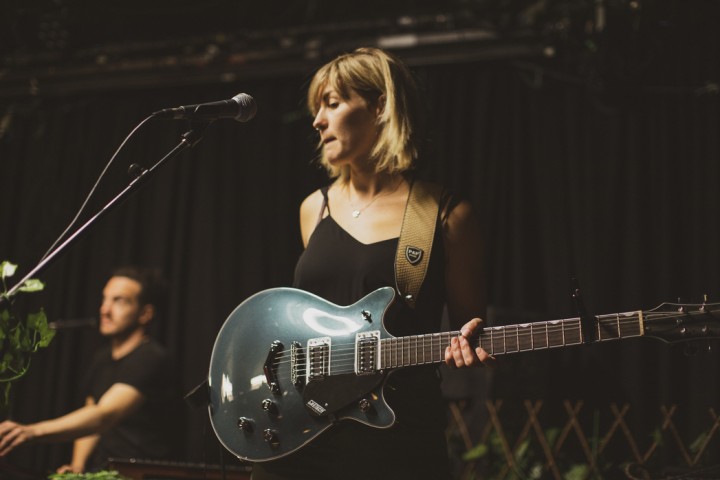 Megan O’Neill, ICMP tutor and acclaimed songwriter, is the latest guest to appear on The Interview Series.

The podcast, hosted by ICMP’s Lara Magnelli, offers an interview with a member of ICMP’s faculty who has not only enjoyed success in the classroom but in the wider music industry too.

Megan follows in the footsteps of the likes of Audrey Riley, Justin Boreland and Lia Mice in discussing her career and offering insight on how emerging music industry professionals can make the most of any opportunities.

Megan’s interview sees her discussing early influences such as Stevie Nicks and Carole King, how stints living in Nashville and London have shaped her music and her experiences writing for sync.

Megan shared a lot of career advice so I'd strongly recommend any new songwriter out there to listen to this episode!"

Megan is an Irish-born songwriter who released her second full length studio album, 'Getting Comfortable with Uncertainty', earlier this year.

'Time in a Bottle', the bonus track from the new album, featured on episode one of hit Netflix TV show 'Firefly Lane'. One week later, she performed the song live on the RTE Late Late Show - reaching an audience of approximately 2 million.

In the interview, she provides advice for anyone looking to write music for sync and the best ways to break into this world.